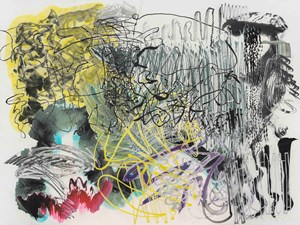 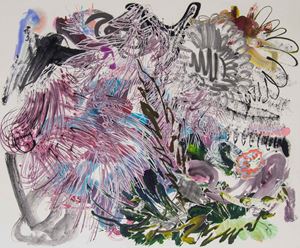 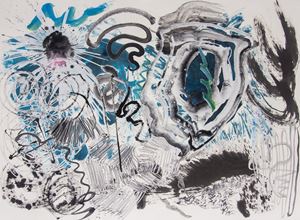 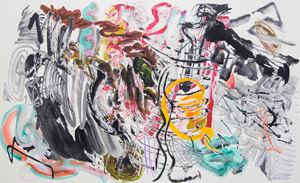 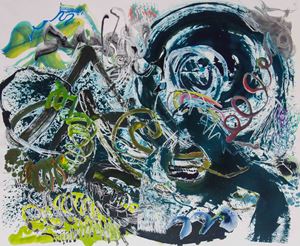 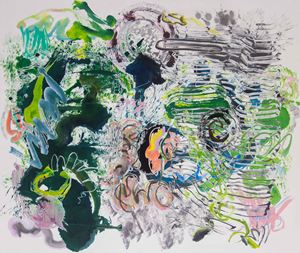 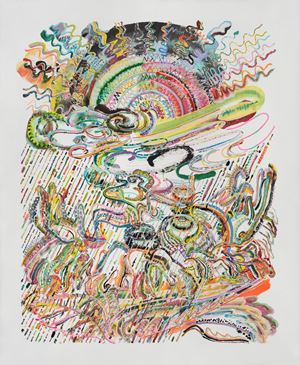 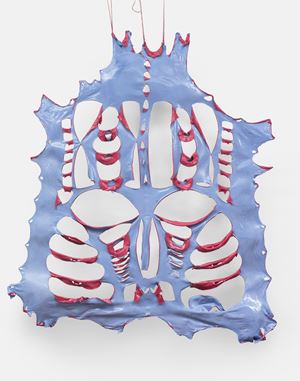 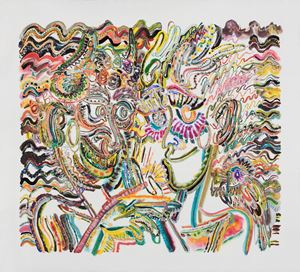 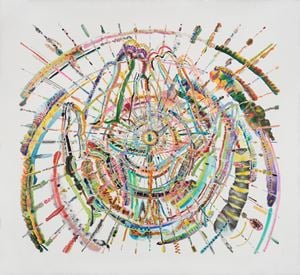 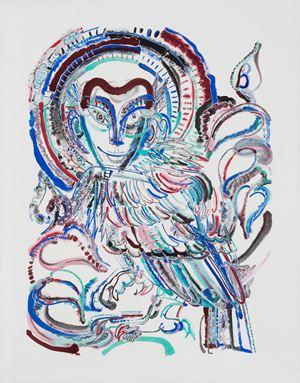 Chambers Fine Art is pleased to announce the opening on September 5th of Infinite Labyrinth: New Works by Wu Jian'an. Born in Beijing in 1980, Wu Jian'an graduated from the Central Academy of Fine Arts (CAFA), Beijing in 2005 and is currently a professor in the School of Experimental Art at the same institution. He was one of the artists chosen to represent China in the Chinese Pavilion at the 57th Venice Biennale.

While at the Academy, Wu made an intensive study of the traditional Chinese craft of paper cut and during the next decade produced increasingly elaborate wall panels and installations that incorporated many thousands of hand cut individual units, built up in multiple layers and frequently very large in scale. Although he has continued to produce paper cuts from 2003 when he produced a series of works inspired by the SARS crisis until today, an overview of his work in the last thirteen years published by Chambers Fine Art (Wu Jian'an, Chambers Fine Art, New York and Beijing, 2018) reveals the remarkable range of his activities and the increasing complexity of his idiosyncratic iconography which depends heavily on Chinese mythology.

Perhaps the most striking departure in this period during which he achieved artistic maturity was the appearance in 2016 of a series of dynamic calligraphic abstractions under the general title 500 Brushstrokes. These were included in the 2016 exhibition Ten Thousand Things that took its title from the influential book Ten Thousand Things: Module and Mass Production in Chinese Art by Lothar Ledderose, an investigation into the use of modular and standardised production systems throughout the history of Chinese art in bronzes, porcelain, and architecture. There had been an abstract component in the 2014 exhibition Transformation in works such as Color Points and the various versions of Color Balls conceived as part of the underlying theme of spiritual transformation embodied in the figurative painting Nirvana of the White Ape although it is not an approach that he has investigated in any great depth since that period.

Wu may be said to have a consuming passion for Chinese folklore and mythology and the way in which countless generations of artists and artisans have given visual expression to this subject matter. Although he has enormous respect for the achievements of classical Chinese culture, it has had no impact on his own practice. For the first time in the '500 Brushstrokes' series, however, he turned to ink on Xuan paper, the medium used in classical Chinese painting and calligraphy, although he handles this revered medium in an entirely unorthodox manner. Each of the multiple brushstrokes is cut out and reassembled on another sheet of paper. 'For me,' he has said, 'each brushstroke is an abstract individual–it brings to light the existence of an individual in society; it can also be the cell that forms a body. The process of detaching the individual brushstrokes from the original sheet of paper embodies self-realisation for the very first time. On the other hand, the result of assembling them into a collage symbolises the inevitable fate of each individual to be part of a whole.'

The current exhibition at Chambers Fine Art in Chelsea and at ArtFarm, Salt Point consists of three groups of works, Masks, new versions of 500 Brushstrokes, and Coded Paintings. Periodically Wu has used ox-hide instead of paper as the material that he cuts and manipulates, notably in The Heaven of Nine Levels (2008). While this was characterised by the complexity of its design and iconography, the Masks consist of entire buffalo hides from which sections have been removed, subsequently painted in bright colours. Larger in scale than traditional masks, they hover between the animal and the human world.

Even although the earliest versions of 500 Brushstrokes were remarkable for their virtuosity, the latest series of works show increasing mastery of the complex technique. From a distance they appear to be painterly abstractions and only very close inspection reveals that they are in fact collages constructed from hundreds of cut out brushstrokes in which every detail down to the very smallest has been preserved.

Now this technique has been modified in a new series that Wu calls Coded Paintings in which he adapts the technique used in 500 Brushstrokes for an exploration of figurative/narrative painting. Inspired by the Argentine writer Jorge Luis Borges's short story The Garden of Forking Paths, Wu's Coded Paintings emulate the 'invisible labyrinth' from Borge's book, in which time bifurcates indefinitely into infinite paths. Although the brushstrokes now form figurative images, they are expressed according to a process of 'freeing all the brushstrokes from their original locations by extracting, coding and disarranging, then drawing them separately [from the context of the original image] and finally reassembling them in their original locations. This way brushstrokes are freed from their functionality.'

The process is complicated. After drawing a figurative image on paper, Wu scans it into a computer, then disassembles each mark one by one and turns them into coded individual shapes. All the individual components are printed, with their outlines transferred to Xuan paper using a traditional ink rubbing technique. Wu repeats this step several times, so that there are multiple options created for each component. Each component is painted using watercolour and ink, the resultant brushstrokes precisely cut out from the Xuan paper, and in the final step the strokes/abstract shapes are returned to their original position according to their codes, re-forming the figurative image, sometimes with the various options stacked in layers, so that the colours and composition of each element determined at random.

This series becomes a continuation of some of the mythological elements in Wu Jian'an's previous work, but building on the experience gained in the '500 Brushstrokes' series, he decided employ the new technique in his return to figurative representation. Injecting the element of chance through the process of 'coding' his brushstrokes adds a new level of complexity to his substantial body of work.

Sign up to be among the first to know when new exhibitions by Wu Jian'an or at Chambers Fine Art open.
Sign Up
}