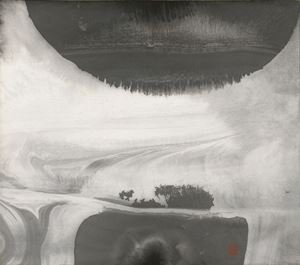 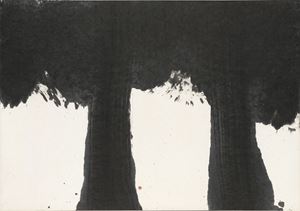 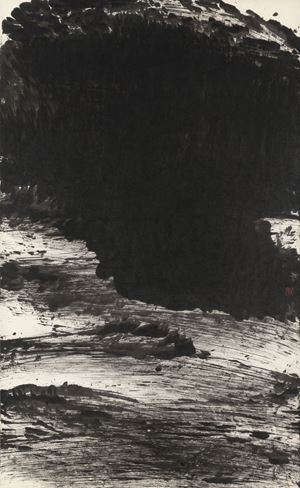 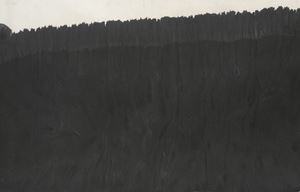 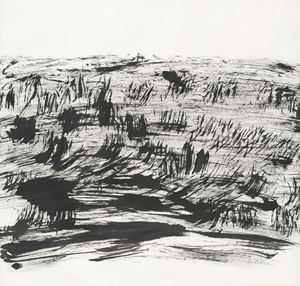 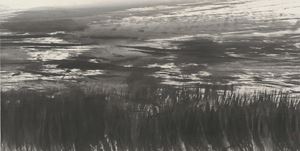 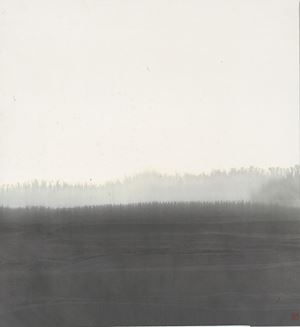 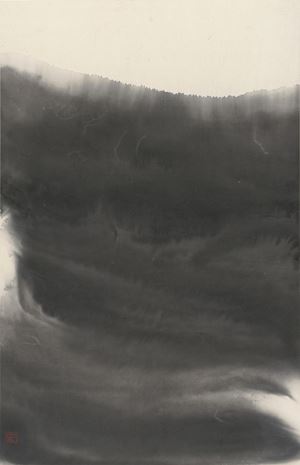 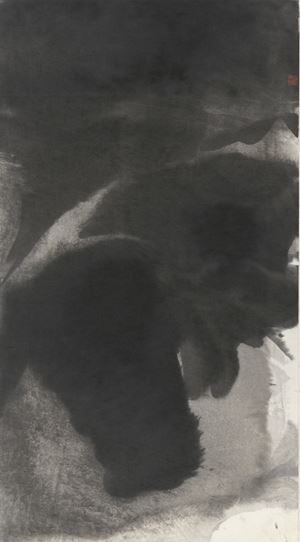 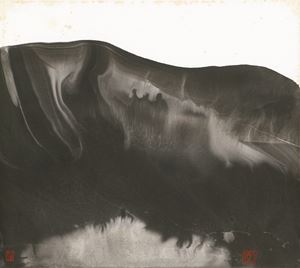 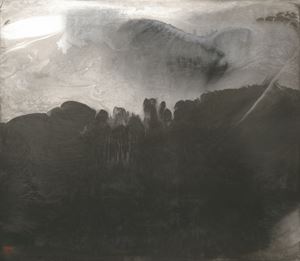 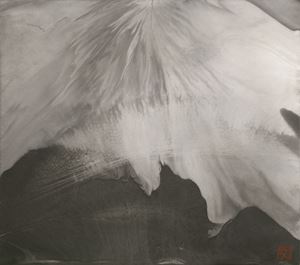 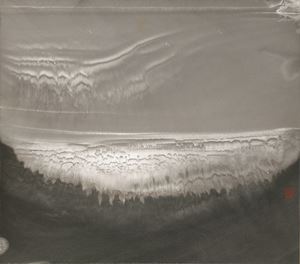 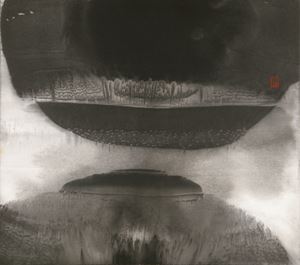 Lee An-cheng (1959–2015) grew up in Citong Township, Yunlin County. He was still young when his family lost their fortune. Although poor, the Lee family was steeped in literary culture. At that time, Lee Mao-cheng (1954–), the eldest son in the family, was studying at Chiayi Junior Teachers College. Passionate about ink art, Lee Mao-cheng was also keen on fostering the cultural awareness of his younger siblings—there was no shortage of the four treasures of a scholar's studio (brush, ink, paper and inkstone) and books on arts at home. Encouraged by this family support, Lee An-cheng quickly showed promise in calligraphy and painting. During his years at Hu-wei Senior High School, he studied under the tutelage of Jar Song-jen (1926–), a calligrapher-painter who came from the Chinese mainland in 1948 and taught at the Huwei Girls' Senior High School then.

After graduating high school in 1979, Lee An-cheng moved to northern Taiwan and lived with his big brother who was teaching in an elementary school in Keelung. In addition to teaching, Mao-cheng would open painting classes, and An-cheng would work as his assistant. The year 1979 was an important starting point for Lee An-cheng's career, as evidenced by his earlier works that had survived and been dated. It's almost certain that Lee An-cheng's residence in Keelung marked the beginning of his conscious creation.

In his years of Keelung, Lee An-cheng accumulated many of the important works featured in his first solo exhibition at the Spring Gallery in Taipei in 1987. His debut soon attracted attention from the ink art circle, and further established his determination to become a professional painter. Later in the 1980s, Lee An-cheng moved to Taipei City and got married. He lived on the campus of Chinese Culture University in Yangmingshan for some time until 1992, when his marriage hit the rocks. The second phase of Lee An-cheng's creative career began from his first exhibition in 1987 to the solo exhibition at the Taipei Fine Arts Museum in 1993.

Although trained in traditional techniques, Lee An-cheng's paintings did not fall into the conventional patterns. His brother Mao-cheng's insights and attitudes towards creation undoubtedly had an influence on him. In any case, Lee An-cheng's originality and modern consciousness had been established very early on, as imitating or copying the ancient styles was not of interest to him. He started drawing from his own rural experiences and combined them with his acute observation of the variations in the weather and the environment. Through the blending interaction of water and ink on paper, and the synergistic play between broad and narrow brushes, he internalized nature into a landscape image merging figuration and abstraction. Relatively speaking, Lee An-cheng's earlier paintings evoke more of natural scenes.

After 1994, Lee An-cheng went through a rough patch, and he devoted himself to a flower business out of love for his better half, but ultimately still ended up with his heart broken. Then in 1998, he became once again invested in professional creation, but he was constantly moving from one place to another. To make matters worse, the late 1990s to the early 2000s was a period of low economic activity in Taiwan's art market. As a result, Lee An-cheng had to rely on the support of friends and relatives. From the heart of Taipei City to the suburbs in Xindian, and to Hongshulin near Tamsui, Lee was always on the move every few years. This loneliness of wandering without roots manifested itself inside him, and he turned to alcohol, drinking his troubles away.

The period between 1998 to 2003, when he returned to create full-time, marked the third phase of Lee An-cheng's career. During this period, his paintings became heavier and more melancholic, exuding a strong and heightened sense of dramatic black and white. The heavy black ink spreads indefinitely on paper, evoking a feeling of overwhelmed, oppressive and pent-up energy that is waiting to erupt at any time, or has already been unleashed.

Lee An-cheng moved to Hongshulin around 2004, which heralded a relatively long period of stability and an important phase in his later career. In the earlier days, he preferred painting with soft and thin xuan paper; in the later years, he obviously intended to challenge larger scales by painting on thick and tough hanji (Korean paper), on which he completed a number of masterpieces. In order to wield the brush on hanji and let the ink penetrate the paper, his brushstrokes became bolder and more daring. As he drags the ink on paper, it results in a more abstract trace and flying-white effect; the ink colour also appears to be blacker yet brighter. Seemingly retaining the imagery of landscape, his brushstrokes and ink coloring have become unbridled and unrestrained, showcasing the artistry of wild freedom.

In 2013, Lee An-cheng reluctantly moved out of his residence of eight years in Hongshulin and moved to Kaohsiung in southern Taiwan. Before leaving, he consigned a bulk of his works to ESLITE GALLERY, entrusting Emily Chao, director of ESLITE GALLERY and long-time friend of Lee since 1988 who had organized a solo exhibition for Lee at the Yung Han Gallery back in the day, to stage exhibitions later. Unexpectedly, Lee passed away to terminal illness on July 18, 2015. In memory of Lee An-cheng, this retrospective exhibition presents a selection of works from the paintings Lee entrusted to ESLITE GALLERY.

From now until the end of May, ESLITE GALLERY will be temporarily closed for exhibition space renovation.

The Universe in a Grain of Dust: Selected Works of LEE An-cheng 世界微塵裡：李安成作品選

Sign up to be among the first to know when new exhibitions by Lee An-cheng or at Eslite Gallery open.