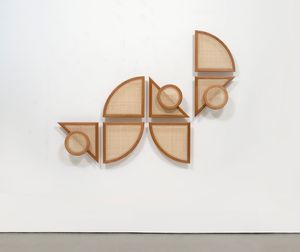 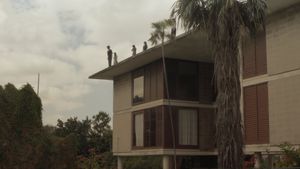 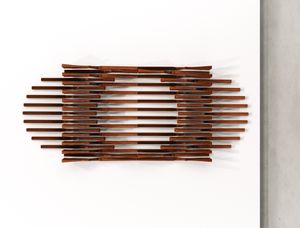 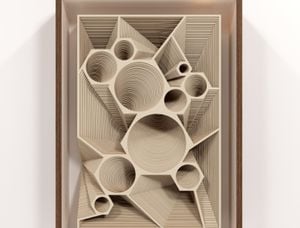 Nara Roesler São Paulo is pleased to announce Propiedad del Estado, artist Marco A. Castillo's first solo exhibition in Brazil. The exhibition develops from his iconic presentation titled The Decorator's Home, showcased on the occasion of the 13 Bienal de Havana (2018), in Cuba and subsequently at UTA Artist Space (2019), in Los Angeles, USA. The exhibition will be open to the public at Nara Roesler São Paulo from June 10 until July 24, 2021.

Marco A. Castillo is a founding member of the cuban collective, Los Carpinteros, alongside Alexandre Arrechea and Dagoberto Rodríguez Sánchez. In his career as a solo artist, Castillo has focused on a body of work that engages with Cuban history, concentrating on the social and cultural shifts that occurred in the country following the revolution. The artist has undertaken an ample investigation in the fields of architecture, design, and sculpture, which have come to form the core of his practice. Castillo's artistic production consists of installations, drawings and sculptures, which establish an intricate relationship with space—both contextual and physical—and occupy a liminal area between the functional and non-functional.

Propiedad del Estado will present Castillo's most recent investigations. The works exhibited result from the artist's interest in the utopic universe of Cuba's modernist designers and architects at work in the 1950s, in the early years of the Cuban revolution. During this period, these professionals developed a series of projects that would later be part of an aesthetic revolution in the country. Their work notably consisted of creating new spaces meant to accommodate and mould the life of the 'new man', words used to describe an individual who could build new relations towards working life, and thus construct a new society, with new modes of production and morals. The design and architecture produced during this time, were characterised by austere designs that intertwined references ranging from the aboriginal past, to nordic and African influences, resulting in a unique visual lexicon. However, in the 1970s, the aesthetic project was abandoned due to the new government denouncing it as being derived from 'bourgeois taste.'

Castillo has worked to recover and revive the tradition, developing new approaches and perspectives for it. He has therefore undertaken extensive research with the aim of retrieving formal and technical vocabulary of the time, engaging with key figures of a 'forgotten generation', including individuals such as Gonzalo Córdoba, María Victoria Caignet, Rodolfo Fernández Suárez, and architect Walter Betancourt, amongst others. Castillo notably makes direct reference to these figures by naming many of his works after them, making each piece a homage that also prevents an entire generation of creators from being forgotten.

One of the main works of the exhibition is a short-film titled Generación (2019), which offers a metaphor for the cultural and aesthetic deaths that have occurred cyclically in Cuba and—possibly—in other countries of the world. The video was notably shown on the occasion of the 41st Festival internacional del Nuevo Cine Latinoamericano de La Habana (2019) and of the Vancouver Latin American Film Festival (2020). The film's characters include young artists, photographers, writers, architects and curators of the current Cuban intellectual scene who embody the state of mind of the generation of the late 1970s. With this, the artist establishes a temporal ellipse between the past and the present of the island, connecting with the reality and the frustrations that young people in the world experience today.

The exhibition at Nara Roesler São Paulo will also include bodies of sculptures and works on paper, which entwine elements of both the Cuban modernist and Soviet designs, all while including aspects of Cuban tradition through the use of latticework, or of rattan. Notably, the series 'Low Reliefs' embody three-dimensional posters, created with the intention of delving into and integrating the reality of the 1960s and 1970s in Cuban and Latin America, and its particular graphic traditions. Alternatively, the 'Sketchbook' series, whereby Castillo cuts through notebooks carving two letters into each object, engages with socio-politically charged dualities. Each set forms two different words—one that appears with distance, the other with proximity, placing different notions in dialogue within a single piece.

Ultimately, in juxtaposing historical and political components, with artisanal techniques of production, Castillo establishes an artistic process capable of weaving together different narratives and forms. His propositions are imbued with his own personal perspective, which put forward new interpretations of Cuban modernism, and of its trajectories.

Sign up to be among the first to know when new exhibitions by Marco A. Castillo or at Galeria Nara Roesler open.
Sign UpLogin