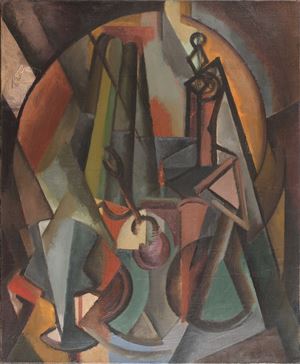 At the start of the 2020 academic year, 3 galleries on the Left Bank will join forces to pay tribute to Youla Chapoval. These are the galleries Alain le Gaillard, Antoine Laurentin & Le Minotaure. In this context of unprecedented crisis, this collaboration participates in the effort to revival and enhancement of the galleries. It will allow to give a scope and an echo the exhibition of the work of Youla Chapoval, an artist who is still too few in number known to the public. Youla Chapoval, born in Kiev in 1919, won the 2nd prize Prix de la Jeune Peinture in 1947, as well as the Kandinsky Prize in 1949 before dying prematurely in 1951 at the age of 32 years old. He was a member of the Réalités Nouvelles, a painter of the Second School of Paris, a friend of Pablo. Picasso, Jean Cocteau, Hans Hartung, exhibited by the greatest art dealers such as that Jeanne Bucher and Denise René; and benefited from two retrospectives at art museums Paris in 1964 and Villeneuve d'Ascq in 1991. His works can be found in collections as famous as those of the Masurels, Baron Graindorge, Dutilleul, Fenwick and Pierre Berès. 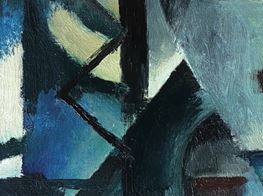 Sign up to be among the first to know when new exhibitions by Youla Chapoval or at Galerie Laurentin, Paris - Bruxelles open.