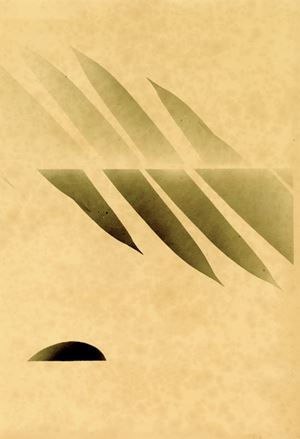 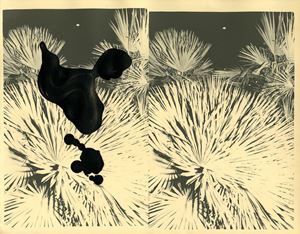 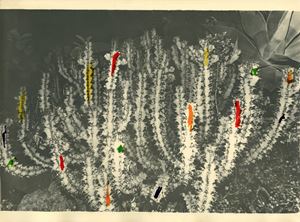 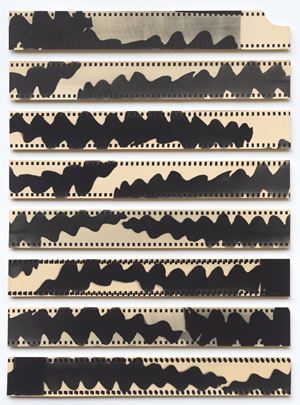 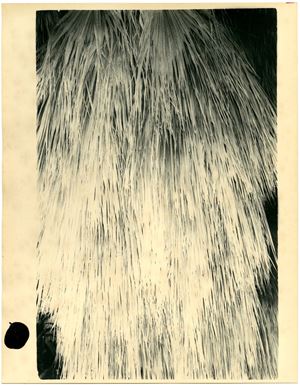 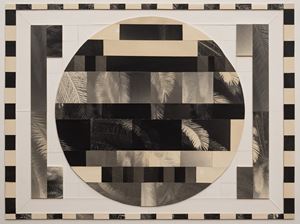 Looking For Paradise offers an insight in the various things that inspire and/or obsess Roels. These interests range from the influence of television during his childhood, to American conceptual art, going back to the roots of photography with modernist geniuses like Man Ray.

The word 'paradise' in the title stands for a lot of things. The obvious connotation—through the use of palm trees—is any exotic location where 'the living is easy'. Holiday, adventure, mystery... it's all there. He uses the iconography of the palm tree as a symbol for 'personal and creative freedom'.

Paradise also refers to those places in time when photography got shocked by jolts of genius. Paris between the world wars, for instance, with artists like Man Ray pushing the envelope of what photography can be. California in the 60s and 70s is another 'paradise' with conceptual artists like Ed Ruscha or John Baldessari using photography in new and enduring ways. All these influences pop up throughout the exhibition.

Roels considers his childhood also a kind of paradise: free from the responsibilities, worries and anxieties that adulthood inevitably brings. Television plays a big role there: it's a window into another world but is also stands for the ultimate favourite pastime.

Incidentally, 80s television is also the source of Roels fascination with palm trees. Raised in provincial Belgium, there weren't many palm trees around but 80s television was teeming with them. The A Team, Magnum P.I., The Knight Rider, Miami VICE... the list is endless.

As a show, Looking For Paradise comes at the end of a productive year. Roels created two artist's books and three smaller magazine-like publications, making full use of the ease of contemporary printing and publishing. It allows him to work out ideas and projects quickly without getting lost in tedious logistics. The publications serve as lasting markers of his creative process.

For instance, he reimagined one of Ed Ruscha's cult photo books A Few Palm Trees by publishing his own version A Few Model Palm Trees, using plastic palm trees that architects use in their models, or kids use to play with. By using the same design (size, font, paper...) as Ruscha's original, Roels turned his book in a manifesto of his intent and interests.

Roels also started a post card project: sending out personalised post cards to anyone who wanted one. The reactions were overwhelming and he quickly needed to create a second series of cards, because he didn't want to disappoint. Post cards interest him because of their democratic nature: they are a cheap yet lasting way to communicate. A lot of people treated the cards as mini pieces of art (putting them in frames) which was—for Roels—the ultimate tribute.

Notable works in the show are the 'Palmograph' series. Taking a page out of Man Ray's playbook, Roels has created the 'Palmograph': a photogram made with plants. Photograms are made by putting objects on light sensitive paper, the concept is almost as old as photography itself. Roels uses paper and film to make his Palmographs, creating a beautifully abstract feedback loop between his own practice, process based photography and art history.

In A Few Model Palm Trees (An Overview) (2019), Roels uses all the model palm trees he featured in his artist book and presents them almost scientifically in a matrix of small gelatine silver prints. The 'Television, The Drug Of The Nations' series is a recreation of the typical television test charts that would be broadcast when there was no programming. Modern television abhors a vacuum, so these test charts are a thing of the past, but for people growing up in the 70s, 80s or 90s these test charts hold meaning. For Roels they stand for anticipation or disappointment. Two sentiments that are closely related to paradise.

Looking For Paradise also features his first large scale work with coloured ink, a recent addition to Roels' oeuvre. The popping colours add a completely new register to his black and white photographs.

Sign up to be among the first to know when new exhibitions by Bruno V. Roels or at Gallery Fifty One open.