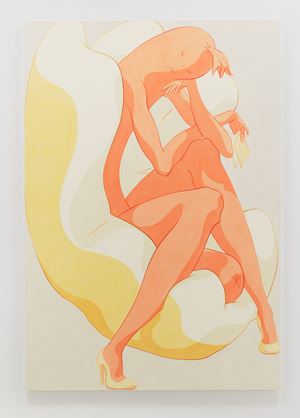 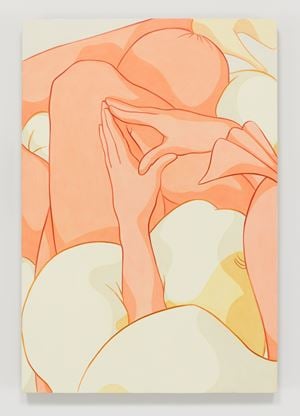 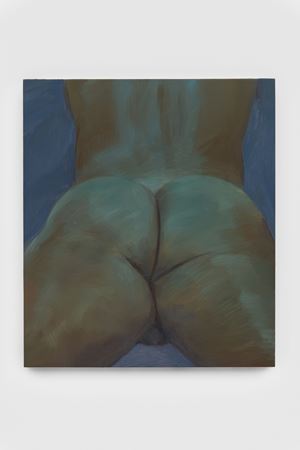 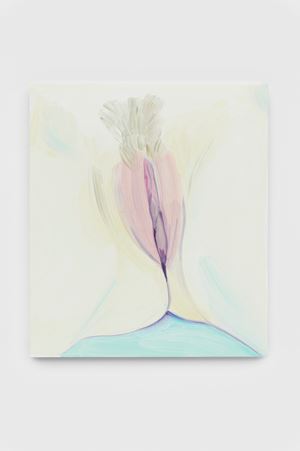 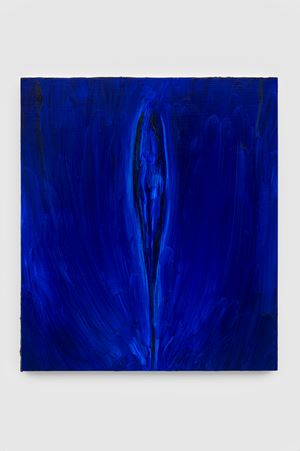 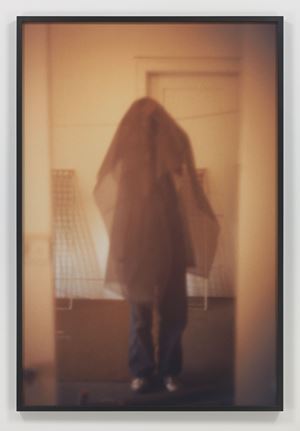 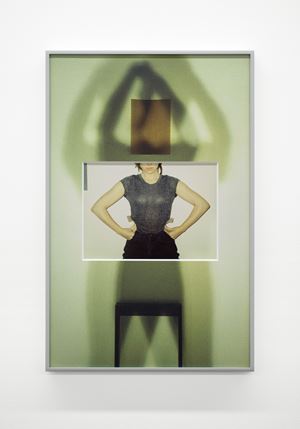 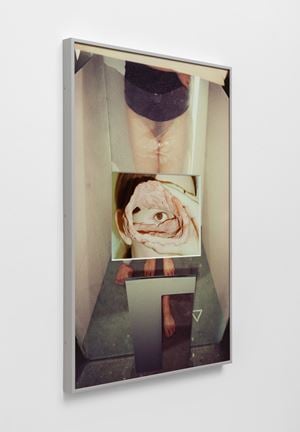 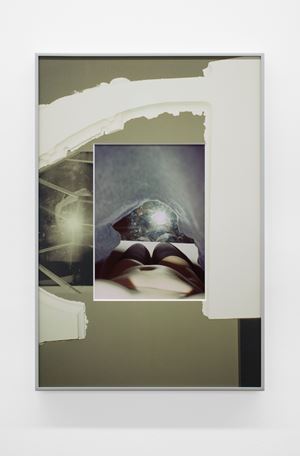 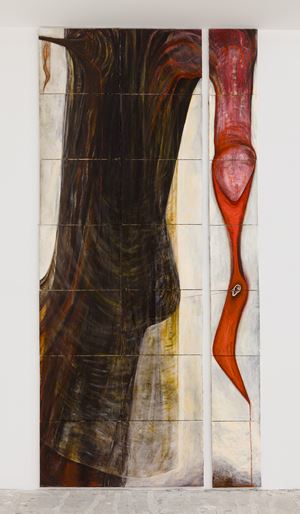 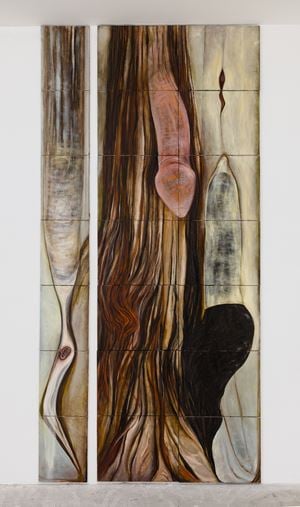 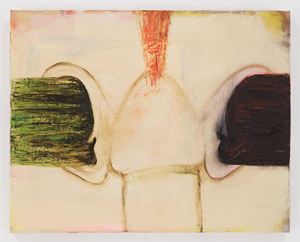 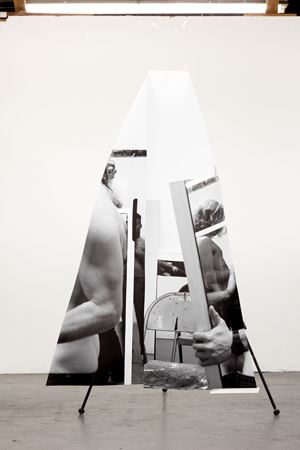 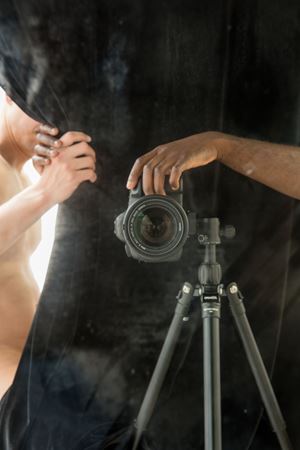 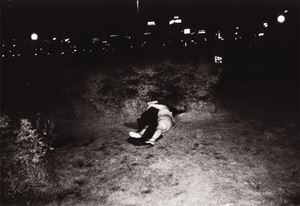 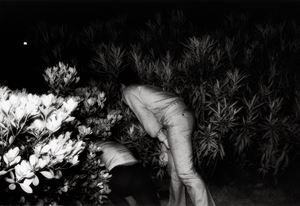 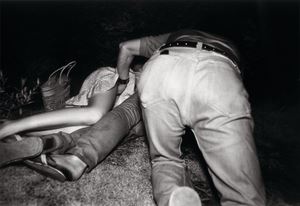 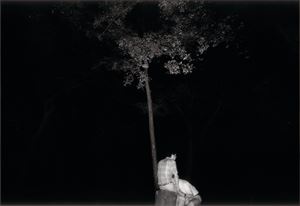 New York...Beginning 10 September, Hauser & Wirth presents Personal Private Public, a group exhibition exploring the idea of the inner life in three main themes: introspection, intimacy, and voyeurism. Contemplating the ways in which we reflect upon ourselves and others, the works on view oscillate in tone from moments of gentle privacy to voyeuristic intrusions, each addressing the power of observation through realms of their own making. The exhibition features a presentation of work by Jonathan Lyndon Chase, Ivy Haldeman, Celia Hempton, Tala Madani, Paul McCarthy, B. Ingrid Olson, Paul Mpagi Sepuya, Emily Mae Smith, Mira Schor, and Kohei Yoshiyuki, who are connected through an interest in probing the uneasy relationship between making and viewing images, often exploring timely themes of identity, sexuality, and fantasy.

Personal Private Public opens with a self-portrait by Paul McCarthy. A classic example of his early conceptual photographs, Veil (1970) shows the artist standing in front of a mirror, cloaked in a piece of fabric. The veil at once obscures the subject and camera, clouding the photograph to create a ghostly image. The self-portrait navigates the private and public space within an image, and the reliability of the camera's lens. McCarthy's early photographs consider the containing structure of a room, and, simultaneously, the containing structure of a photograph.

B. Ingrid Olson's work brings together photographic collage and performance. She takes photographs picturing her own body using mirrors and other studio objects to create sculptural compositions, which are emphasised in the layered printing and framing process of the completed work. Olson is interested in the optical hierarchy of proximate vision, the shift between a central focal point and the blurring of the peripheral. Within the confines of her studio, she records her body as it shifts and relates to its surroundings, creating highly personal and complex images.

Paul Mpagi Sepuya uses the intimate and private space of his studio to explore his own body along with those of friends and muses. Often including the most classical components of a portrait photograph-a studio, a backdrop, a nude-Sepuya creates unexpectedly fragmented images that typically reveal the camera and the artifice of photography. By using mirrors and rephotographing existing photographs, Sepuya creates layers of images to conceal and reveal, creating a sense of enigma and desire within the viewer.

Mira Schor's work considers scale through multiple viewpoints addressing, and at the same time undermining, the dominant ideologies of patriarchy and its tacit role in the grand tradition of painting. Large scale paintings such as Strange Fruit (1988) on display are examples of Schor's interest in landscape painting and its commonalities with the human form. Interweaving phallic imagery, ears, and condoms with tree bark and other natural elements traditionally found in landscapes, Schor contemplates how the body is implicated in a greater narrative, beyond our physical bodies.

Kohei Yoshiyuki is a Japanese photographer who came to prominence in 1979 with his series, 'The Park'. Using infrared film and flash, he covertly photographed people engaging in public sexual activities at night in Japan's Shinjuku, Yoyogi, and Aoyama Parks. In addition to those having sex, onlookers sometimes squat nearby, watching these intimate moments. The resulting images explore the relationship between eroticism and voyeurism, and-perhaps just as importantly-the distinction between looking and photographing.

British-artist Celia Hempton works in specific series, including the works seen here: her vaginal self-portraits, studio nudes, and the 'Chat Random' series. All of the paintings are completed in a single studio session. The 'Chat Random' portraits start with the artist logging on to a website connecting her via webcam to a stranger. The portraits of these strangers, often in compromising sexual positions, are completed when the video chat has ended, either by the artist or the stranger on the other end. Working with small-scale canvases and a palette bridging neons, deep browns, and blues, Hempton's work uses portraiture to address feelings of discomfort and confrontation.

Ivy Haldeman's surreal, pastel-hued paintings feature two main figures: afeminine, anthropomorphic hot dog and a woman's 'power suit'...without the woman. The female hot dog protagonist is often in a state of contemplation and repose. Although Haldeman never provides full context, one can imagine her in a bedroom, reading, or twirling her finger around a telephone cord, acting as her own visual aid. By contrast, the suits in her paintings are in a state of activity, gesturing to one another. While the 'power suit' allows a woman to conform to the male corporate world, it also encapsulates the fantasy of the dominant female. The suit, like the hot dog, is an archetype rife with potential for projection of the viewer's fantasy.

Tala Madani's paintings feature a cast of characters: a larger-than-life little girl, the classic yellow smiley face, or a balding, fat, middle-aged man. The middle-aged man is often up to no good, caught in embarrassing moments of buffoonery. A projector frequently appears in her work, shining light on these moments and adding a theatricality that further aggrandises these simple characters. Madani questions the function of light as revealing truths - in her paintings, it only serves to raise new questions.

Jonathan Lyndon Chase's work explores the intimacy and tenderness in everyday, mundane spaces and experiences. The setting is often a domestic, seemingly safe space, which is made evident by the figure's unabashed gaze, and often by his nudity. The self-described love child of Missy Elliott and Romare Bearden, Chase's portraits contemplate and undermine art history's gender and racial expectations.

Emily Mae Smith's paintings feature a visual lexicon that ranges from a juicy red apple to the recognisable broom from Fantasia. These objects often stand in for Smith herself, as avatars and commentary on her gender and sexuality (the apple) or on the artist as a labourer (the broom.) The paintings are laden with art historical references. In The Slippers, Smith has reinvented Van Hoogstraten's 1658 painting of the same name. While the original painting functioned as a moral lesson for loose women who abandon their housework, Smith has re-envisioned the view through three small rooms as a psychological metaphor, as the broom peers inside.

Be among the first to know when new artworks and exhibitions at Hauser & Wirth are added to Ocula.