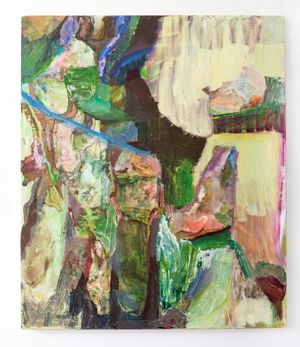 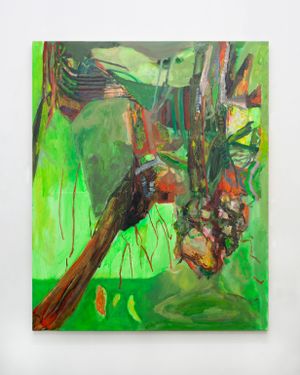 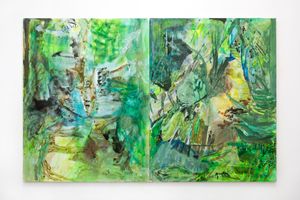 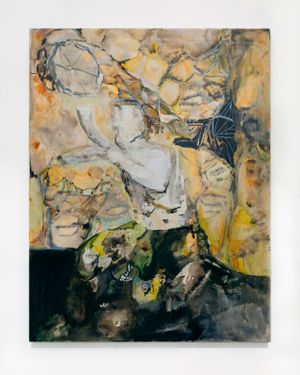 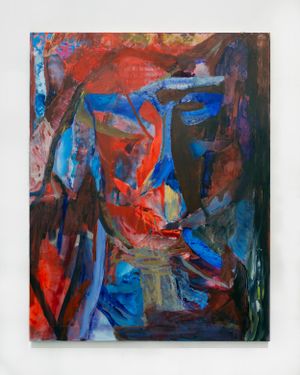 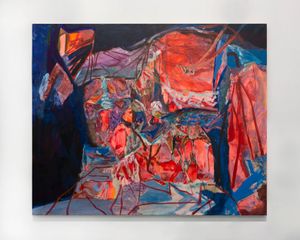 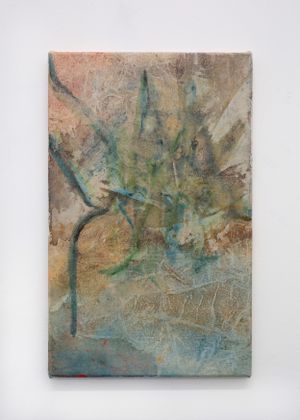 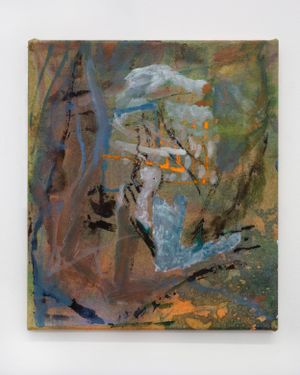 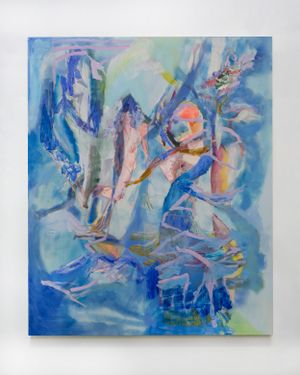 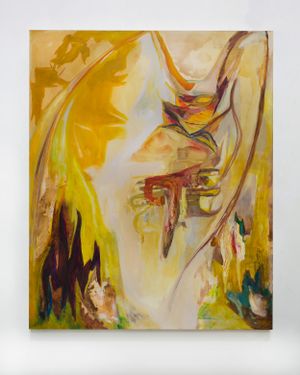 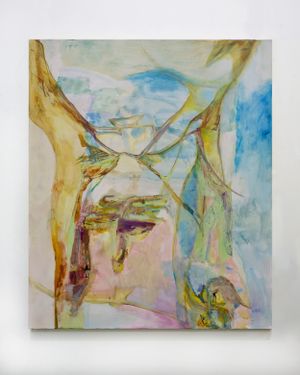 Informality is excited to announce Wild Shade, the gallery's first solo presentation with London based artist, Francesca Mollett. Wild Shade brings together an exhibition of new work which responds to Earth's sources of water and the artist's desire to record and share the personal transformation that humans experience through circumstances choreographed by light and weather.

In Wild Shade, Mollett's paintings originate from time spent by a network of wells in Penwith, Cornwall, England. The land of Penwith is both sacred and geologically exploited, large quantities of copper and tin were once mined, and the co-existence of underground water with metal deposits made wells and springs 'holy' and 'healing'.

The journey to the site holds its own experience, as the artist describes walking through passages steeped in ancient history. Mollett navigates by boulder, by tree, looking for signs, harnessing the intricacies of the landscape. The land here is now hollow. Underneath the skin of the surface are caverns. Tunnels were once dug to reach the most valuable ore under the sea. Miners were paid by what they found rather than how deep they went down. West Penwith is described as one of the hottest places in underground Europe, where frequencies of 'Earth Energy' conducted by the depth of the raft of granite emit from the core. In the words of the artist, 'An energy is a force of expression. The water produces an effect on the surroundings, both body and land express a frequency.'

Navigating towards the springs, Mollett expresses a feeling of being watched by the landscape. She questions whether this is an act of self-surveillance, brought about through new technologies and female identity, or whether it came from the spirit of the place and the ancient energies. In 'Frantumaglia' a fictional autobiography by Elena Ferrante, Ferrante suggests a new meaning of surveillance, that, rather than an exterior organisational force, it is a state exerted from within; 'an emotional tendency of the whole body, and expansion and an inflorescence on and around it.' Mollett identifies with Ferrante's redefinition of surveillance as a state of wakefulness and a drive to expand one's forces, aspiring for her paintings to possess in their layers of light, texture and colour, a vitality expressing a state of wakefulness.

In Wild Shade, we are invited as viewers to experience Mollett's enchanting paintings as potential thresholds for transformation. By visiting the springs, Mollett references the expansive qualities that these places embody and compares this experience to painting. An openness to how corporeal and imaginative states react in a physical process can bring about discoveries beyond our expectations.

Sign up to be among the first to know when new exhibitions by Francesca Mollett or at Informality open.