Neon Parc has previously featured in an Ocula art fair partnership, but is not a current Ocula member gallery.

If you are from Neon Parc and wish to apply to become an Ocula member gallery please visit: ocula.com/membership. 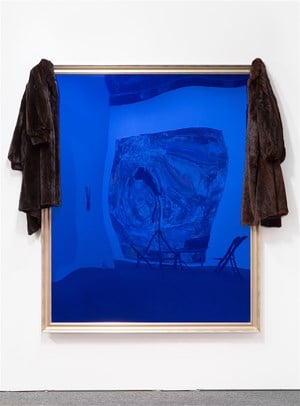 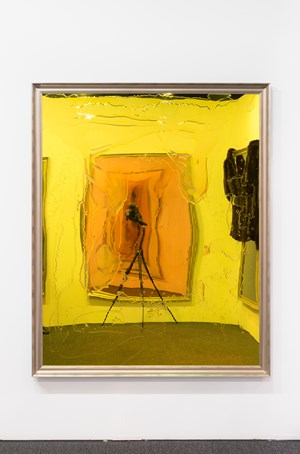 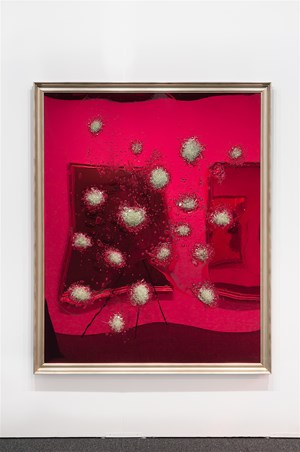 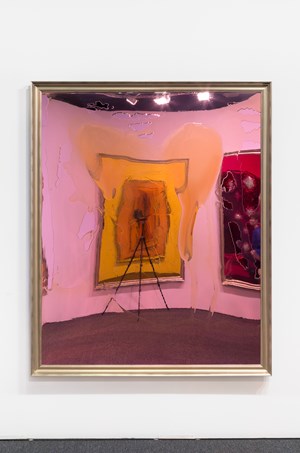 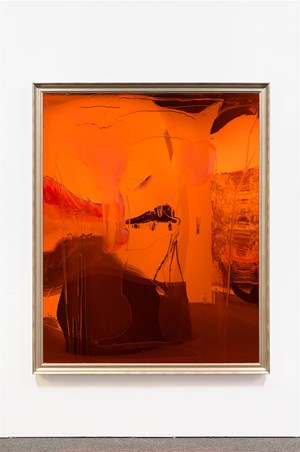 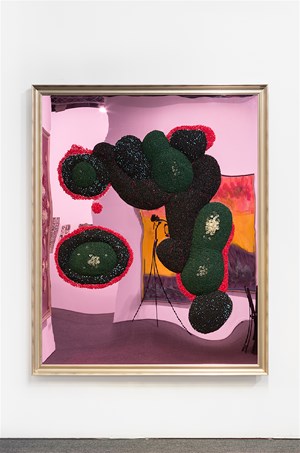 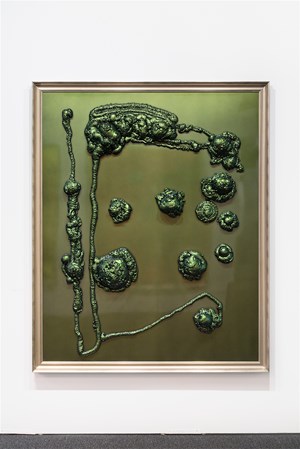 For ALAC, Frank will present a suite of seven new works that continue to experiment with painting, colour, and sculptural assemblage. His refined process of pouring and layering polyurethane to create vivid paintings on Plexiglass will see the addition of materials such as recycled car tyres, fur coats, and pressure foam. Traversing between solid and liquid, minimalist and Conceptual expressionist, purity and the abject, these works allude to art making as a form of gritty transcendence.

Franks’ process in some cases involves poured varnish, which is then smoothly agitated, causing it to solidify and fold into abstract impressions. Bound to reflective Plexiglass the works create immersive and mirrored distortions, and emit both a pop sheen and jewel-like luminosity. Their titles such as His Bees Made Funny Honey and Anchovies in heat, hinting to the social and psychological world, adding sardonic bite.

The human body is implied in both the making of the works, and their aesthetic surface. Material additions suggest the physical form: in A Clear Conscience fur coats are draped over the edges of the frame, suggesting a closed conversation, a completion. Corporal ruptures and biomorphic configurations permeate The Balls are In My Court and Let The Cat Out Of The Bag. In the former the surface has been constructed from Construction Foam under pressure, activated by Oxygen, embellished thru an industrial process using layers of light wave optic sensitive paint (colour changing paint), while in the latter granulated car tyres are delicately attached. They also suggest worldly and celestial typographies, such as a tropical archipelago, and moon craters.

Ripe with pulsing sensations and the emotive qualities of painterly alchemy these works contain the expanse of the universe and the immediacy of the present, parsing the boundaries that divide both material and conceptual concerns in Contemporary art.

Dale Frank is one of Australia’s most celebrated and critically acclaimed contemporary artists. Public collections include Solomon R. Guggenheim Museum, New York, Exxon Corp. Collection, New York, Zurich Kunsthaus, Zurich, Museum of Fine Art, Boston, all major museums in Australia and New Zealand with the addition of significant university and corporate collections in Europe, United State and the Asia Pacific. A major monograph on Dale Frank’s work, So Far: The Art of Dale Frank 2005–1980, was published in 2007