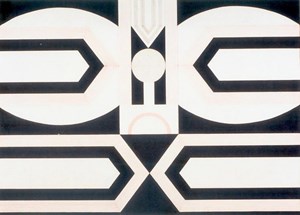 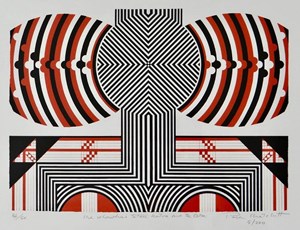 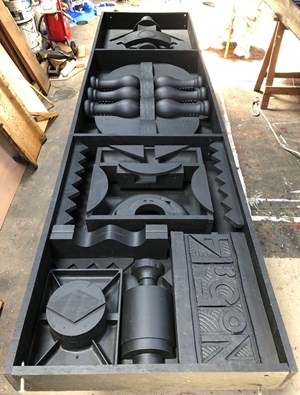 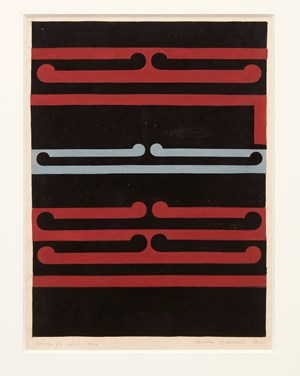 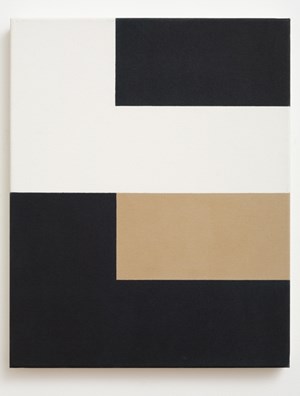 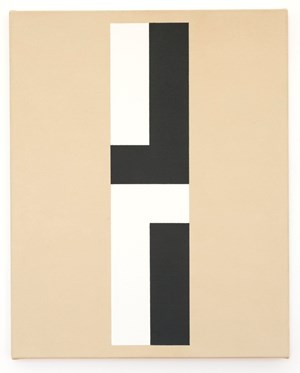 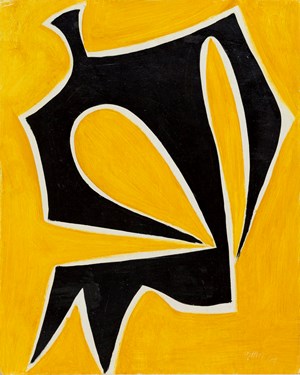 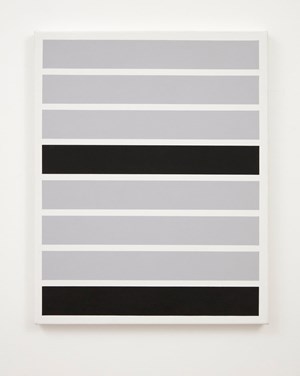 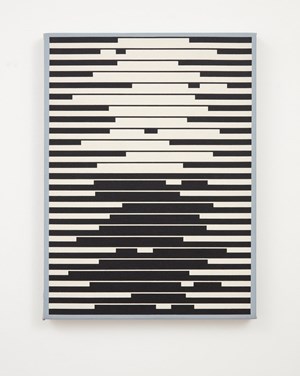 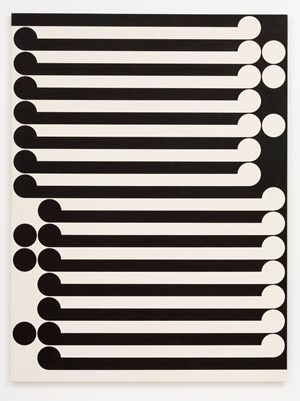 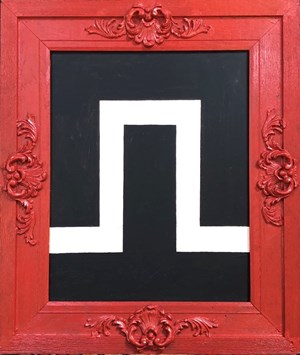 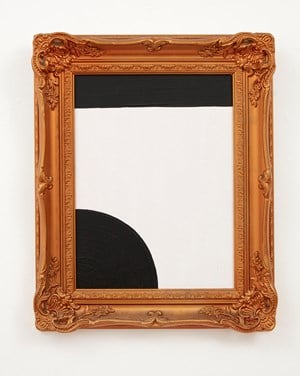 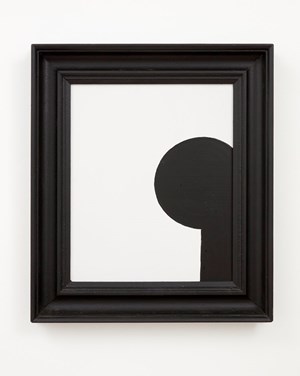 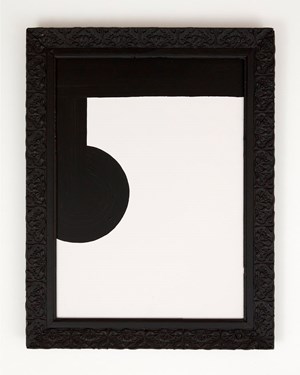 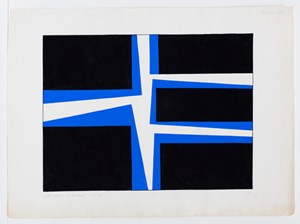 Starkwhite will present works by two artists who illustrate the way modernism and Maori art have intersected in the contemporary art of New Zealand - our senior Maori artist Paratene Matchitt (1933-) and the pioneering abstract artist Gordon Walters (1919-1995).

Two decades after his death, Gordon Walters continues to be an influential figure in New Zealand art, and 83 year-old Paratene Matchitt is at the top of his game, making ground-breaking work that, like Walters' practice, continues to inform and shape the future direction of contemporary art in New Zealand.

The themed presentation is a response to the growing interest around the globe in polyphonic modernism - the way modernism has played out in regional and local contexts (like the Asia Pacific region and in New Zealand), rather than in relation to a singular linear history. It also reflects Art Basel Hong Kong's interrest exhibitions that provide art historical and cultural contexts for the contemporary art of the Asia Pacific region - the artists whose path-finding work informs and provides insights into contemporary art practices in the region.

The Starkwhite presentation will include paintings by Paratene Matchitt illustrating the way he embraced Modernism, giving it a particular local inflection derived from his Maori heritage. Known for using bold geometric forms styled after the abstraction and minimalism of European artists, which delivered Maori content, he is also famous for his steadfast refusal to conform to the strictures of tradition and his ambition to create a new art (informed by modernism) capable of conveying his artistic and cultural vision.

The centrepiece of Matchitt's presentation is a suite of six 300 x 80 x 15 cm panels, titled Quorum, commissioned for Art Basel Hong Kong. Each panel is a shallow wooden tray containing abstracted, totemic figures made from scraps of wood — including old foundry moulds — unified with a coat of black paint. The panels recall the shallow-relief wooden carvings of ancestors found in Maori meetinghouses, yet are constructed rather than carved, blocky rather than curvilinear.

Gordon Walters is best known for his paintings employing the koru, the curving bulb form from Maori moko and kowhaiwhai rafter patterns. He Mondrian-ised the koru, straightening and regimenting its scroll-like forms, taking it from organic to strictly geometric. The Starkwhite presentation will include a major koru painting and others on paper, but it will also focus on Walters' late-career geometric and transparency paintings, providing an overview of a practice that drastically altered the course of modern New Zealand painting; a practice that guided the elaboration of a uniquely Pacific form of Modernism over a period of more than fifty years.

Walters described his practice as an investigation of relationships between a limited range of formal elements. The paintings selected for our presentation will demonstrate his set of formal elements, and the 'dynamic relations' created by the interaction of these parts through his process of abstraction. They will also highlight the different ways Walters drew on and engaged with his local and international contexts - including the indigenous sources that provided formal and conceptual inspiration throughout his lifetime.

The works will all be drawn from the collection of the Walters Estate.

Partaken Matchitt is a central figure in New Zealand's Maori modernism. In the 1960s, a vanguard of Maori artists emerged, blending elements of customary Maori art and European modernism. They became known as the Tovey generation, as most had been recruited as school art advisors by Gordon Tovey, the Supervisor of Art and Craft for the Department of Education. Tovey encouraged them to explore the customary roots of Maori art but also to experiment and innovate. Cliff Whiting, who largely rejected the gallery context, is best known for his innovative meeting-house projects, while Ralph Hotere, turning his back on obvious markers of Maoriness, became a successful mainstream artist. Matchitt, meanwhile, bridged marae and gallery contexts.

Matchitt is a brilliant, experimental artist. He has produced works for meeting houses; executed theatre and book designs; made stained-glass windows and built bridges. His works ranged from refined ink drawings and slick lacquer paintings to rough-hewn wooden and metal sculptures. Much of his work features pictograms and emblems, often relating to the nineteenth-century Maori rebel-prophet Te Kooti.

Now in his eighties, Matchitt is producing some of his best work. His installation Hui (meeting), at Hastings Art Museum in 2017, consists of fourteen panels, presented in freestanding pairs (connected by lintels), which are arranged in a ritual-arc formation. Each panel is a shallow wooden tray containing giant, abstracted, totemic figures made from scraps of wood—including old foundry moulds—unified with a coat of black paint. The panels recall the shallow-relief wooden carvings of ancestors found in Maori meeting houses, yet are constructed rather than carved, blocky rather than curvilinear. At once primitivist and mechanical, Hui has an alien, sci-fi flavour. It's portentous (dark, looming, ominous), yet witty (full of formal fun and games).

Gordon Walters is best known for his paintings employing the koru, the curving bulb form from Maori moko and kowhaiwhai rafter patterns, but he is also recognised as a pioneering master of modernist abstraction.

In his early koru works, Walters' created configurations in which often curvilinear forms seem to jostle against each other. However the later paintings offer a strict geometry and shapes that butt up against each other, powerfully claiming their place on the canvas, yet with a delicacy of vision achieved through careful chromatic and structural shifts. In the 1970s and 80s Walters intensified the process by which his sources were rendered down into elemental forms. His later works lean towards tightly painted geometric abstraction, in which pure shape and untextured brushwork further Walters' translation of natural form into a purely abstract language. There's a terseness and refinement to the geometric works. They are limited in colour, relying on neutral tones paired with contrast for their power, yet the energy and richness remains thanks to the dynamic relationships the artist creates between forms.

Walters looked broadly for his influences, but his unique synthesis of local Indigenous and international art constantly returned to an investigation of the ways form might interact with space, or another form. The progression of Walters' abstraction over 50 years was further refined by his late-career transparency paintings, which explore the tension between interconnected and superimposed forms. In these works solid form is joined by or layered with a coloured repetition of itself, the inherent qualities of acrylic paint offering a opacity and fluidity that allow form to self-dissolve, and interlock. In much the same way that the koru paintings offered an illusion of perpetually dissolving figure into ground, the overlaid blocks of colour both self-metabolise and create new distinct shapes through the sense of oscillation of form and space. The illusionary space created is what Laurence Simmons calls "a conceptual jam of sheer undecidability."

The Walters Estate was established by the artist's wife Margaret Orwell to ensure that artworks retained by the artist during his lifetime, and his archives, were catalogued and cared for. The Estate is administered by lawyer and art patron Gregg Schneideman. The Estate's holdings are housed at the Dunedin Public Art Gallery under a loan agreement between the two parties, ensuring the proper care and access to the works and legacy of one of New Zealand's greatest artists.