The Drawing Room has previously featured in an Ocula art fair partnership, but is not a current Ocula member gallery.

If you are from The Drawing Room and wish to apply to become an Ocula member gallery please visit: ocula.com/membership. 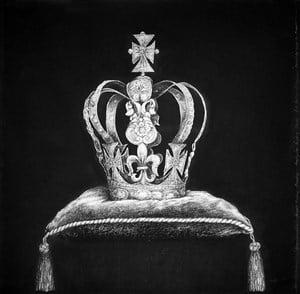 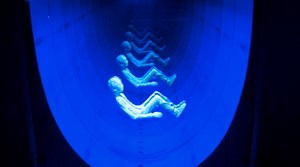 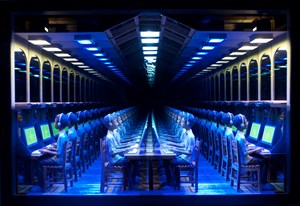 Alfredo (b. 1962) and Isabel Aquilizan (b. 1965) are Filipino artists based in Queensland, Australia since 2006. Their academic background includes a Bachelor of Fine Arts Degree in Philippine Women’s University and Assumption College (PH) respectively, a Master of Arts from the Norwich School of Arts and Design (UK) and a Doctorate from Griffith University (UK). They have constantly been represented in biennales all over the world and have had their surveys in numerous institutions. Recent years have them engage in the Sharjah Biennal, Fifth Moscow Biennale of Contemporary art, Ichihara Art Mix Triennale and MSK Museum of Fine Art in Ghent. Their works have been presented in the Museum of Contemporary Art Tokyo and Queensland Gallery of Modern Art this year.

The works are part of Alfredo and Isabel’s continuing Project: Another Country that further engages community-oriented collaborations and examines place and history in a framework of reconfiguring the gaze towards a home that one is now foreign to. It carries over the Aquilizans’ practice of using materials local to the context of the works’ production. In the case of the crown series they continue their engagement with craft by referring to the Philippine’s colloquial metal craft of stamping used tin cans to make souvenir items. The symbolism of the crown refers to the celebration of colonial power in both countries they stay in – Australia and the Philippines. While the Philippines does not subscribe to the “crown” in its design sense, it does relate to the aspirations for the fictional monarchy that can be seen in the embellished statues of saints.

Mark Justiniani (b. 1966) is often identified with the lineage of Social Realism through the 80’s and 90’s in the Philippines through artist-activist initiatives like Salingpusa (1984) and Sanggawa (1994), have been working with notions of how we perceive reality. After returning from the USA in 2006, he has developed his oeuvre through “magic realist strains” and has moved to configurations of space, the nature of vision and their ever-vacillating relationship with time through the use of reflective media in recent years. His practice has had him represent the Philippines in conferences and exhibitions in overseas since 1992.

In reference to the principle of Superposition – where one thing exists in several places at once or a multitude occupying one postion – Mark Justiniani hints at the limitations that are regularly invested in perception. He suggests at how the observer participates in forming reality through the use of reflective media and chamber-like works. The works contain the infinity they broach, and the boundaries they seize. Justiniani began his infinity sculpture series in 2011 in response to acknowledging a broader reality that would encompass the breadth of issues he has presented throughout his career. While his visual strategies navigate and push the material media of his boxes, the subjects in question refer to infinite mobility and return, and also social constructs of seriality of labour.

Shinji Ohmaki (b. 1971) present dynamic installation and artworks that are tactile and projected to engage the physical sense immediately. Exhibition spaces are always transformed into an extraordinary world through the artist’s projects. After being selected to exhibit his work Opened Eyes Closed Eyes at the Tokyo Metropolitan Government's public exhibition in 2000, he has been actively holding ambitious solo exhibitions, receiving much attention for his works such as ECHO in Shiseido Gallery, Art Tower Mito, Contemporary Art Museum Kumamoto and Museum of Contemporary Art Tokyo, Liminar Air in Tokyo Wonder Site, Gallery A4, 21 Century Museum of Contemporary Art Kanazawa, Asia Pacific Triennial 2009 and The Hakone Open-Air Museum and "Memorial Rebirth" at the Yokohama Triennale 2008. He is currently an Associate Professor at the Sculpture department in Tokyo National University of Fine Arts and Music.

There are several cultural references in Ohmaki’s works. As he uses a traditional Japanese style in the crystallised powder form in drawing floral motifs, he uses the traditional Philippine wear to converse about fragility of history in the wake of contemporary times. The drawings drawn on the ceiling of the acrylic case hide within in the map of the United States, Japan and Spain, casting shadows on the illuminated saya. The colonial past is a inherited one. Yet, the overpowering subtlety of flower and tree digs deeper into the universal idea that despite such histories, we are all but subsumed under the one big Tree of Life.