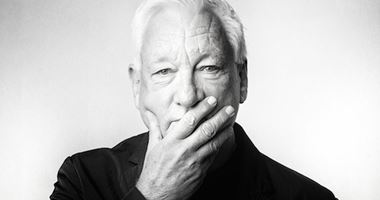 Known for his contribution to the development of British Conceptualism, Michael Craig-Martin is an Irish artist who creates vibrant and playful paintings of everyday objects. His artistic practice considers the conceptual possibilities of contemporary art and examines the relationship between objects and images.

Craig-Martin was born in Dublin, Ireland. In 1946, his family moved to Washington, D.C, where Craig-Martin spent most of his childhood. He studied at Fordham University in New York from 1959 to 1961, after which he attended Yale University. He studied Fine Art at Yale, receiving a BFA in 1963 and an MFA in 1966.

Following the completion of his MFA, the artist returned to Europe and became a prominent figure in the conceptual arts movement in Britain. He taught at Goldsmiths College of Art in London between 1974 and 1988 and 1994 and 2000, where he introduced ideas of conceptualism to his students. Craig-Martin quickly became an influential educator, inspiring a generation of students who would go on to form the Young British Artists (better known as the YBAs). While he was a professor at Goldsmiths, Craig-Martin taught YBA artists Damien Hirst, Gary Hume, and Sarah Lucas.

An Oak Tree (1973) is Michael Craig-Martin's most well-known artwork. In this work, Craig-Martin places a glass of water on a shelf and displays a text alongside it that argues what viewers see is in fact an oak tree. By deliberately declaring the impossible, Craig-Martin examines our understanding of art and the process of conceptual thinking.

Similar to the Catholic belief that bread and wine are converted into the body and blood of Christ while appearing physically as bread and wine, Craig-Martin uses An Oak Tree as an art object that requires a transformative vision to believe the glass of water could actually be an oak tree.

Craig-Martin is also known for his brightly coloured paintings of everyday objects like headphones, coffee cups, and umbrellas. Begun in 1981, these paintings present mundane objects out of context and out of scale, in colours that are often disconnected with the actual object's appearance.

Of these paintings, Craig-Martin told Ocula Magazine, 'My drawings are traditionally observational, each made by looking at a single object. I want my drawings to seem so obvious they "disappear" leaving only the object. ... I sought originally to make drawings that were styleless, but ironically they are now recognisable as my style.'

Craig-Martin was awarded a CBE in 2000 and was elected as a Royal Academician in 2006. In 2016 he was knighted at the Queen's Birthday Honours for his contribution to the arts. He also served as a Tate Gallery Trustee from 1989 to 1999.

Craig-Martin's artwork is included in several reputable contemporary art collections around the world, including the Museum of Modern Art in New York, the Museo Nacional Centro de Arte Reina Sofia in Madrid, the Queensland Art Gallery and Gallery of Modern Art in Brisbane, Tate Gallery in London, and the Ulster Museum in Belfast.

I make my work to be seen now. It is impossible to predict how it may appear in the future. I would like my paintings to come to feel timeless, despite eventual datedness of many their subjects.

Somewhere in a maze of picket fences, golf greens and lakes, Vero Beach's The Gallery at Windsor is a remote haven for British art world patricians. It's currently two years into a partnership with Lo

Craig-Martin developed an eye for composition and color by gazing at the stained glass windows in churches and cathedrals in largely Roman Catholic Dublin.

Be among the first to know when new artworks and exhibitions by Michael Craig-Martin are added to Ocula.
Sign Up Login