Marilyn Minter Tweets Call to Action ‘Our Cunt-ry Needs You!’ 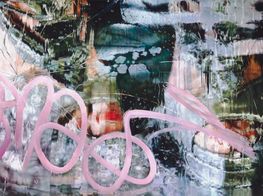 Artists are speaking out against a US Supreme Court decision that would deny millions of women access to abortion.

Marilyn Minter shared stills from her video My Cunt-ry 'Tis of Thee (2018) today in a tweet she hash-tagged #protectabortionaccess.

The images show the sentence 'Our Cunt-ry Needs You!' and the phrase 'No Cunt-ry for Old Men' with a cross through it, both written in condensation on glass.

Minter posted the images in response to a leaked United States Supreme Court decision that would overturn Roe v. Wade, which established a constitutional right to abortion in 1973, almost 50 years ago.

In 2016, Minter spoke to Ocula Magazine about so-called TRAP [Targeted Regulation of Abortion Providers] laws that were limiting abortion rights all over the country. 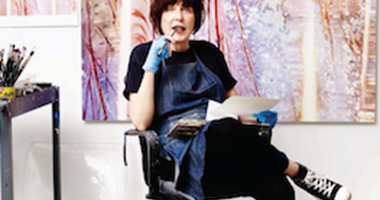 'I remember when abortion was illegal, and I knew people who got illegal unsafe abortions,' she said. 'I got my birth control at Planned Parenthood, and I got my abortion there. It was horrifying to me that we were having to have this argument again. I thought it was solved. I thought to myself, "I'm in my sixties, and we're having to do this again?!" '

Prior to the conversation, Minter had organised an auction with artists Cindy Sherman, Laurie Simmons, Richard Prince, Richard Serra, and Brice Marden that raised almost US $4 million for Planned Parenthood. She also teamed up with Miley Cyrus and Marc Jacobs on a T-shirt that brought in another $100,000.

Minter's support for women's right to choose has often been met with invective online.

'They call me an ugly old hag, and [say] that I should drink bleach,' she said. 'They say I'm killing babies and selling their parts ... It really is hysterical!'

Our Cuntry Tis of Thee debuted at Regen Projects, Los Angeles, and was shown at Simon Lee Gallery, London, in 2019.

Minter co-organsied the exhibition Abortion is Normal, which began at Project for Empty Space in 2019 and built into exhibitions at Galerie Eva Presenhuber and Arsenal Contemporary Art in 2020.

Among the other artworks being circulated online in response to the Supreme Court's decision is Barbara Kruger's Untitled (Your Body Is a Battle Ground) (1989). —[O] 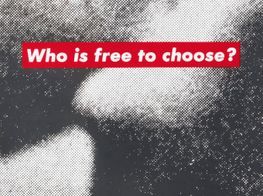 The work of Barbara Kruger, with its black-and-white photographic images overlaid with declarative statements in Futura Bold typeface, is distinctive for its graphic qualities and directness of message. Among the many accolades she has received, 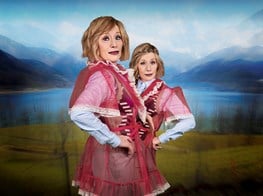 Although Cindy Sherman acts as her own model, stylist, hairdresser, and photographer in her photographs, the American artist's works are hardly self-portraits. Sherman adopts different identities each time, fashioning herself as various characters 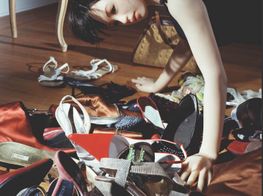 Laurie Simmons is known for her photographs and films using human surrogates like puppets, toys, dolls, and magazine cut-outs, among other props. A brief narrative summary of her photographic bodies of work includes the following: Early Color 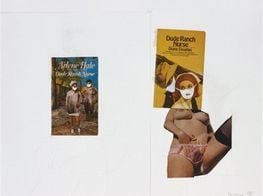 Since the late 1970s, American contemporary artist Richard Prince has interrogated symbols of American mainstream culture and desires that include masculinity, sexuality, and celebrity and consumer culture. Unbound by a particular style or medium,