Between 2 and 5 May 2020, Taipei Connections—an online initiative launched by Taipei Dangdai in partnership with Ocula—will bring galleries together with a series of tightly curated online presentations, virtual studio visits, and online discussions.

Offline, Taipei's art scene is moving forward vigilantly, but confidently, with Taiwan recording a remarkably low 425 cases of coronavirus as of 22 April. A majority of Taipei museums and galleries have remained open, and the city is looking ahead. This lowdown provides an insight into what's to come.

Sean Wang's paintings and object-based works on view at Project Fulfill Art Space continue the artist's fascination with pigment. Approaching painting with a sculptural mindset, Wang seeks to transcend space through his use of pigment, resulting in vibrantly coloured works that maintain a minimalistic aesthetic—oscillating between the 'tangible and the visible' to create pure, abstract oeuvres that allow a visual escape from the 'limitations of our daily lives.'

Born in 1961, Zhao Gang was the youngest member of the avantgarde Stars Art Group, leaving in 1983 after the group's disbandment due to increased political pressure. Arriving in the Netherlands in 1983 to study, followed by over two decades spent in New York, the artist returned to Beijing in 2007 to a wholly different country. Zhao navigates the many facets of Chinese cultural history and confronts the myth of its cultural unity in a collection of watercolour and oil works on view at Kuandu Museum of Fine Arts, co-organised by Each Modern.

Chinese artist Xu Qu presents a new body of works at Each Modern, continuing his exploration of power relations and systems of order through geometric compositions. The exhibition comprises Xu's 'Conversion' series, which contains singled out, zoomed in digits representing currency fluctuations, along with his 'LSD' series exploring sixties counter cultures, with both bodies of work representing disparate human endeavours to make sense of the world, from the global economy to transcendental experiences.

The 55-year career of Taiwanese painter Paul Chiang is being showcased across three galleries at Taipei Fine Arts Museum, reflecting the artist's return to Taiwan in 2007 after having spent over three decades in New York. Having built his studio in the village of Jinzun in Taitung County in 2008, a return to nature and calmer pace of life is reflected in a surprising shift to colour in a practice that had long been defined by sombre, minimalistic compositions.

Erwin Wurm's infamous 'One Minute Sculptures' return to Taipei for the artist's first comprehensive solo exhibition in Taiwan. The exhibition comes full circle, departing from the artist's participation in the 2000 Taipei Biennial as documented by a series of photos capturing people in the streets of Taipei engaging in 'One Minute Sculptures', launching a broad overview of the Austrian artist's performative practice that has redefined the meaning of sculpture.

Ahn Sehong, 'Layer by Layer – The survived Korean women who had been left in China – Japanese military sexual slavery' (2012). Courtesy the artist. 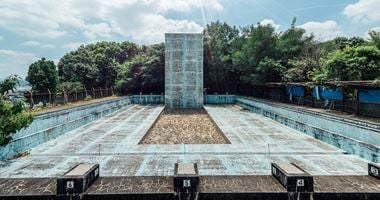 When an exhibition of the 2019 Aichi Triennale showcasing a statue by Kim Seo-kyung and Kim Eun-sung symbolising one of the women forced into sex slavery by the Imperial Japanese Army was shut down last year, a fervent debate around censorship was ignited. It was not the first instance of exhibition censorship in the country. A series of photographs capturing the country's so-called 'comfort women' organised by Nikon in 2012 faced a similar fate, with a tentative re-display of the photos in the Aichi Triennale contributing to its closure. This exhibition, curated by Arai Hiroyuki and Okamoto Yuka, assembles a series of works censored by public institutions and spaces in Japan to address this complex topic.

A two-part exhibition, Artificial Unit's second chapter opens on 16 May and builds on from the project space's prior project, Unit of Interdependency, also curated by Sun Yi-Cheng. While the first project looked into the structures of societal units—including family and community—in Taiwanese society, this latest series of exhibitions looks at how, in an age of increasing digitalisation, modifications have led to adaptations of the self, community, and family unit. From genetic engineering to in vitro fertilisation, this exhibition looks at the fine line between organic order and technological modification.

Yao Jui Chung's tongue-in-cheek collection of video and image works aim to untangle the 'political imbroglio' between the United States, China, and Taiwan since the Cold War. Unpacking various moments in history, from September 2011 to the moon landing, Yao explores, with inflections of absurdity, the 'subtle imagination of nationhood' exerted by the three countries, and how these have formed their politico-economic entanglements. Situated in the former complex of the Air Force Command Headquarters, the exhibition takes on added resonance. 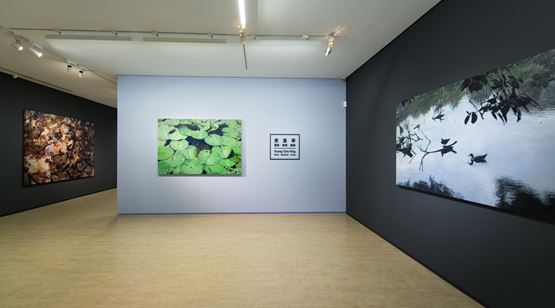 Huang Chia-Ning presents an extraordinary series of photorealistic paintings at Lin & Lin Gallery in Taipei, questioning the proliferation of images in the information era. Huang cites Sartre's phenomenological inquiry, The Imaginary (1940), as her key inspiration, quoting a passage when Sartre observes a piece of paper on the table, turning away to ask himself the difference between the physical paper and that in his mind. Combining very literal titles with her photorealistic works, Huang seeks to close the cognitive gap between images and language.

Mind Set Art Center celebrate their 10th anniversary with an exhibition of oil and ink paintings, along with sculptures by ten artists represented by the gallery. In solidarity with the difficult times that are being experienced worldwide, And Life Goes On references the title of Abbas Kiarostami's 1992 film to question the role of art in times of crisis and its capacity to invite 'collective empathy'. The exhibition will be on view online until 4 June, until the physical gallery is slated to re-open on 27 June. 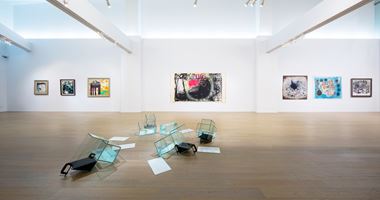 Five modern Taiwanese artists—Chu Wei-Bor, Chu Ko, Liao Shiou-Ping, Lee Chung-Chung, and Yu Peng—are included in this exhibition with a series of paintings that demonstrate the fusion of Western abstractionism with the 'ideographic spirit' of the Chinese ink tradition. Despite the duress of life under martial law between the 1960s and 80s in Taiwan, art entered an exciting period of revision in Taiwanese society, with the artists in this exhibition at the forefront. 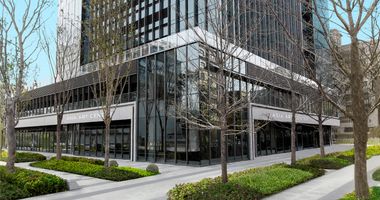 Fifteen works by Indonesian abstract painter Fadjar Sidik will be on view at Asia Art Center Taipei I, tracing his mature painting period from the 1970s to the early 2000s. The exhibition, which represents the artist's first outside Indonesia, features geometric shapes and traditional Indonesian aesthetics, from hand-drawn batik to Islamic calligraphy. The exhibition's title, Space Dynamics, relates to the artist's ongoing interest in negative space to create pure expressionism through floating forms. —[O] 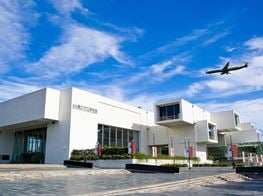 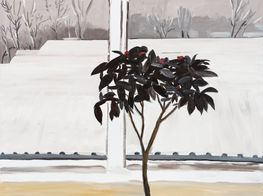 As a teenager, Zhao Gang was the youngest member of the Stars, who in 1979 staged an influential if unsuccessful protest against Party control of art. He later studied in Europe and the United States and became an American citizen. Art writer Philip 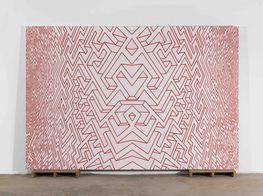 Xu Qu graduated with a Bachelor Degree in Fine Arts from Nanjing Art Institute in 2002, and continued his study at the Braunschweig University of Art, Germany, under Prof. John Armleder and Brigit Hein. In 2008, he was awarded the title of 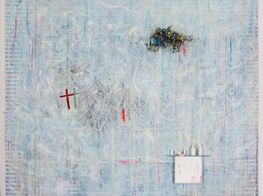 Paul Chiang was born in Taichung, Taiwan in 1942. He graduated from the Department of Fine Arts at National Taiwan Normal University and joined the eighth Sao Paulo Biennale in 1965. His first solo show took place in National Taiwan Museum in 1966. 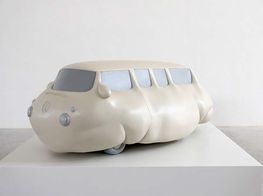 While Erwin Wurm works with many mediums, including found objects, clay, and photography, wry humour is his primary material. Taking cues from conceptual and performance art, Wurm uses absurdity to comment on Western attitudes toward commodities,

There has been a flurry of triennial and biennial activity in Japan, including Pierre Huyghe's Okayama Art Summit. 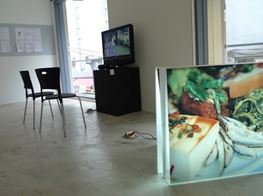 TheCube Project Space was founded in April 2010 by Zheng Huihua (Amy Cheng) and Luo Yue full (Jeph Lo), chaired by the promotion of contemporary art, linking the international and the local network and art historical context for the mission to 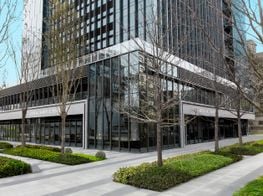 Since opening its doors in 1982 in Taipei, Asia Art Center has grown into a major proponent of modern and contemporary art in Asia, with two locations in Taipei, one in Beijing, and a fourth in Shanghai. With a solid grounding in research, Asia Art 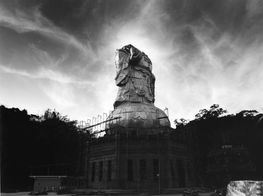 Yao specialises in photography, installation, and painting. The themes of his works are varied, but they all examine the absurdity of the human condition. Representative works include the 'Action Series,' where he explores Taiwan’s identity 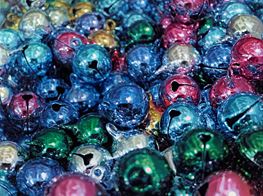 My creative methodology involves portraying the information contained in 4x6 inch or even smaller photographs and expounding upon it in the content of my paintings. My aim is to faithfully depict the message contained in the photograph but with the 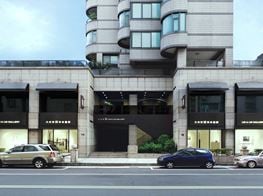 Lin & Lin Gallery, which was established as Lin & Keng Gallery in 1992, has focused on the development of Chinese aesthetics from the perspective of cultural identity for many years. Since the early 1980s, the Gallery founder Lin Tien-min 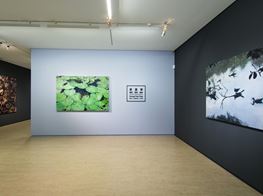 Lin & Lin Gallery is pleased to present Huang Chia-Ning's solo exhibition "Facts, Realities & Truth", which include the latest artworks after her solo show in 2015 at the gallery. In this exhibition, Huang continues her realistic 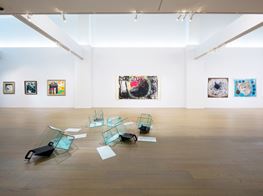 Since opening its doors in 1993, Liang Gallery has pioneered the promotion of modern and contemporary Taiwanese art. With a location in Neihu Technology Park, Taipei, Liang Gallery organises compelling exhibitions that encourage academic research