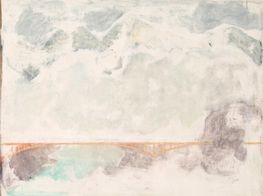 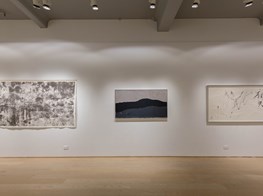 ‘He truly is a great discovery for the artworld outside Taiwan’ said Johnson Chang (Chang Tsong-zung) about Chinese artist Yeh Shih-Chiang. Chang, the founder and owner of Hanart TZ Gallery in Hong Kong has been showing the artist, first at the Hong Kong Arts Centre (HKAC) with Illuminated Presence in November 2015, and then more recently with a solo exhibition titled A Singular Life: Yeh Shih-Chiang, at his gallery in Hong Kong’s Pedder Building. Yeh (1926-2012) was trained in the Guangzhou College of Art under Lingnan School master Gao Jianfu. He was an eccentric and a recluse who dedicated his life to painting, zen, playing the Guqin zither, and to some teaching at the Fu-Hsin Trade and Arts School and the Art Society of National Taiwan University. He moved to Taiwan in 1949 from Southern China, and lived in a house tucked away from the city, reachable only by a combination of boat, bus, and foot. During his lifetime, he rarely showed more than a handful of works to his devotees at any one time. And he only started to take part in exhibitions during the last decade of his life. Yet Yeh benefited from a legendary reputation as an uncompromising recluse and artist. Partly this was for the way his brushstrokes blended or alternated ink and oil on canvas in an approach that departed from shan shui and played with traditionally western techniques. Cristina Sanchez-Kozyreva talked to Johnson Chang about his mission to integrate Yeh’s work into art history in China and abroad.

When did you first meet Yeh Shih-Chiang?

I first met Yeh Shih-Chiang in 1988 or 1989 when a student close to him thought his master needed help with exhibiting his art. One late afternoon, we set off for Bitan by bus and via a scenic river near Taipei—we took a rowboat that ferried us across. Then we walked past rice paddy fields at dusk and arrived at a small brick village house by the fields. It was dim and I cannot remember if the light was electric. Yeh was a handsome man with a strong presence, and he was friendly, but perhaps a little reticent. I was shown a few paintings, and stayed about half an hour. Then the student who had taken me there decided it was time to leave (Yeh was known to accept only very short visit times, in fact he had a sign on his door saying visits should not last longer than 15 minutes). I was a little baffled as I was expecting to see many more works. Later the student told me the master didn't feel he was ready to show his art to the public, and it was the end of the matter.

That was the last time we were in touch until the last year of Yeh's life when his wife called from Taiwan to ask some advice about exhibitions, and soon I heard he had passed away. 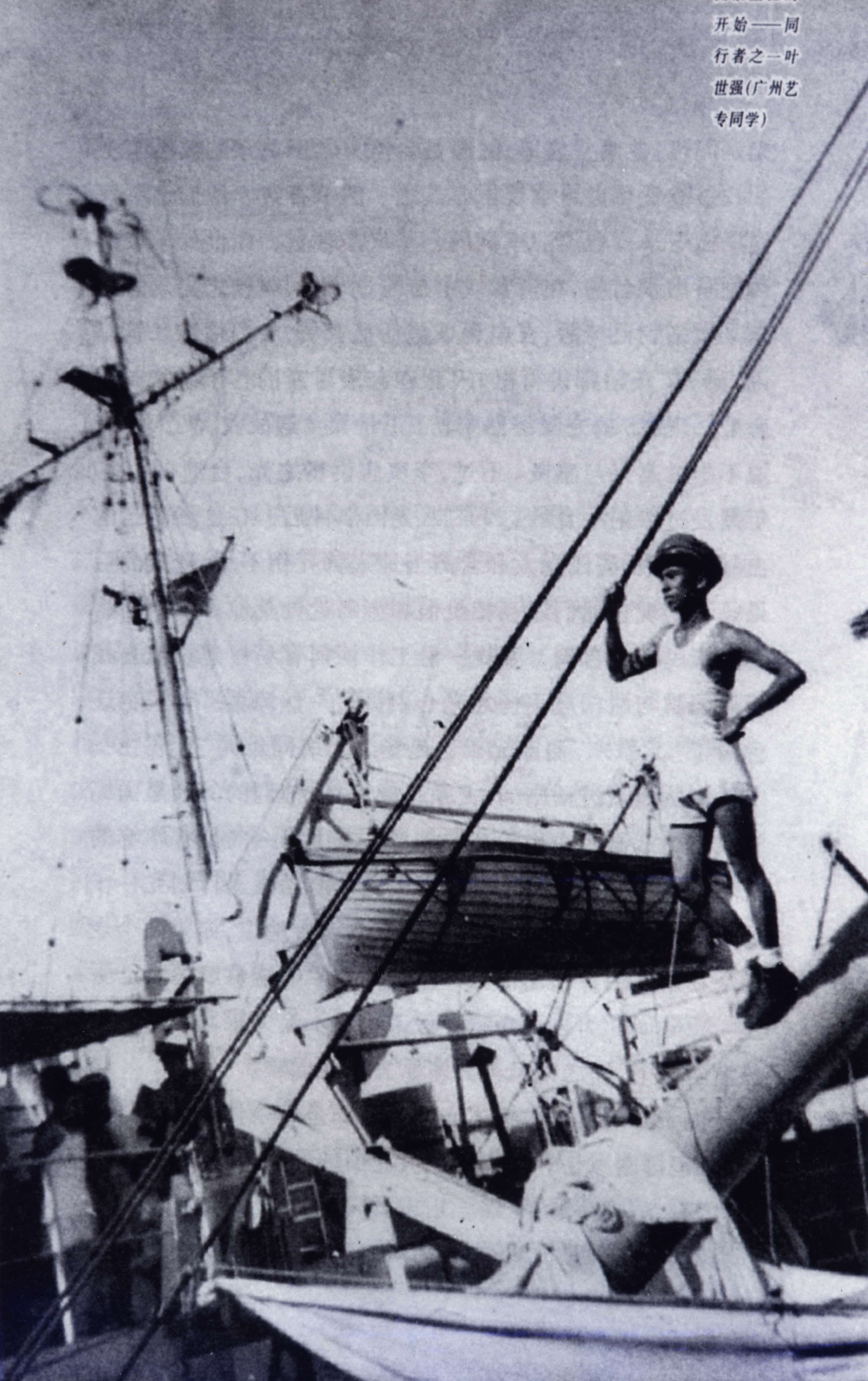 He wasn’t showing his works for the longest time, tell us how he let you show them?

Yeh only started to show and sell a few works in the last years of his life, mainly to support his family in Shaoguan, a city in the north of Guangdong Province where he is from, who he had not seen since 1949. His works were shown in the occasional group show but very few people had an idea of the full range of his art, even though he had by then long become a legend in Taiwan's cultural circles. He had only one wish and that was to exhibit at the National Museum of History; but when he was finally offered an exhibition in 2007 he had a disagreement with the curator and it didn't happen.

Image: Yeh Shih-Chiang and his students at his house in rural Wan Tan village, Hsin Tien, 1978. During this period Yeh lived a quiet, reclusive life and his students would have to take a small boat across the river to reach his house, where he would hold informal classes and play the guqin for them. Courtesy Hanart TZ Gallery, Hong Kong.

What is the idea behind showing first at the Hong Kong Art Centre, and then having a solo show in the gallery?

A year after Yeh's death, his widow found a note he had written asking me to be his curator and to look after his art. So I started helping the family archive the works, make plans for his foundation and organise the restoration of one of his seaside studios. I then organised his first major retrospective at the HKAC.

What was the thread you followed to choose the works on show for the gallery exhibition?

The HKAC exhibition was presented by the Arts Centre and the Yeh Shih-Chiang Memorial Foundation. It was a curated exhibition, it was non-commercial, and many works are designated for the Foundation's permanent collection. The Hanart TZ Gallery exhibition is for exhibition but also for sale.

The gallery exhibition is of a smaller scale, and the selection is aimed at presenting a coherent aesthetic: one group of oil paintings painted mainly with flat and calm colour fields, another group of ink works that show the dynamism of his brushwork. Image: Yeh Shih-Chiang in his studio in Shuinandong, where he moved in 1989. Courtesy Hanart TZ Gallery, Hong Kong.

You mentioned that Yeh was special in that he didn’t try to follow any of the art movements of his time, and that he truly blended traditions. Can you elaborate by discussing two to three points that characterise his approach?

At the HKAC, I wanted to show him as a 'contemporary' by inviting the younger artist Yeh Wei-Li to engage with the older artist’s art and his history through photography. The idea is like a traditional literati engagement with an early master's work; one does not just revere the work, but uses it for renewed creativity.   Yeh brings a fresh angle to China's art discourse by disavowing both ideological turns of modern China: these are the modern nationalism of the republicans and the socialist utopianism of the communists. He rejected institutional exhibitions, and of course the institution of the art market. A solitary and self-reliant character, he sought refuge in the world of art. For him, ‘art’ was like a religion, a spiritual destination where he met fellow compatriots. One can see the result: an art that has found inspiration from traditions as diverse as Chinese traditional literati art and international movements, but used to serve the vision of a very focused and dedicated talent.  —[O] 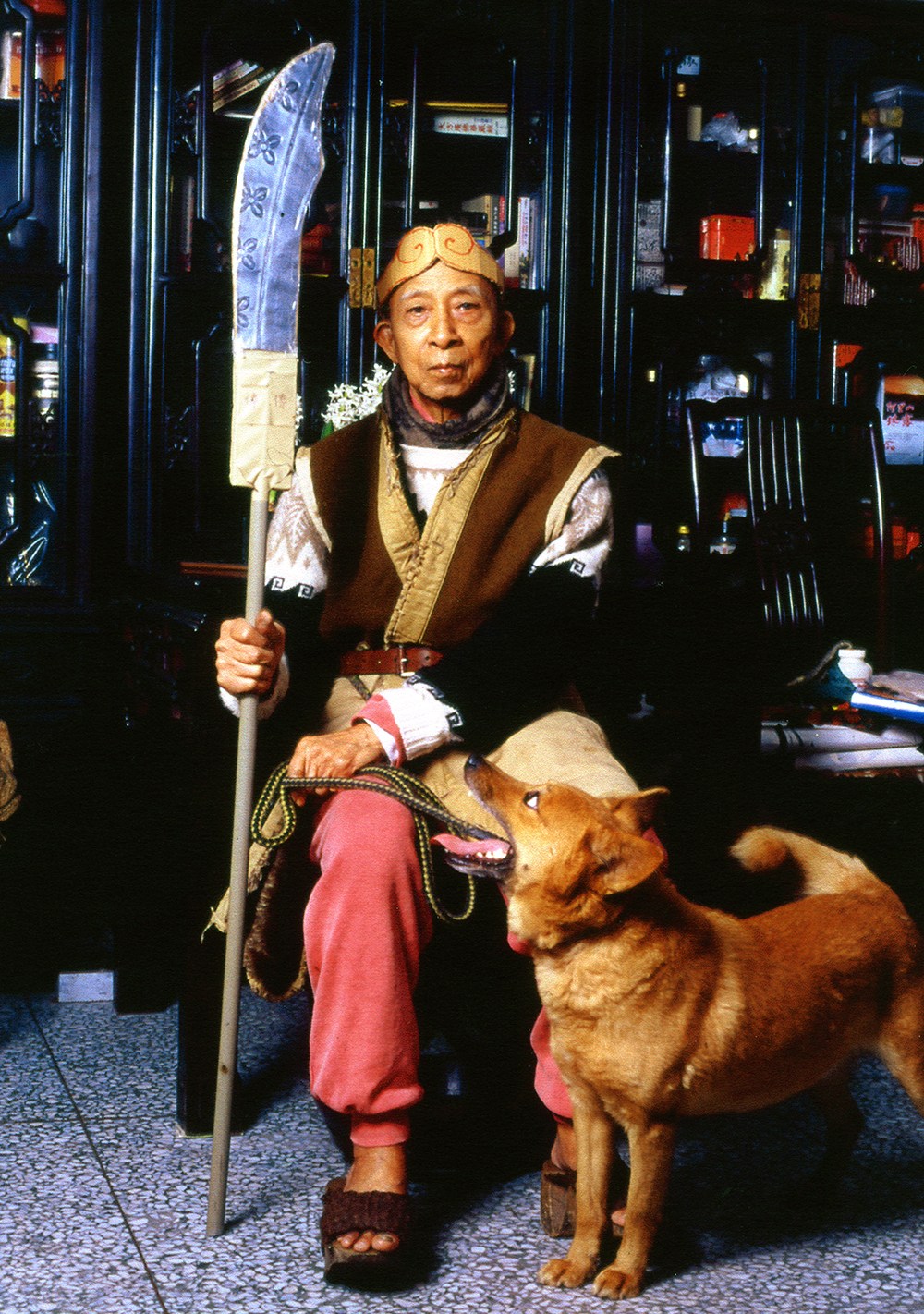 Born in Guangdong province in 1926, Yeh Shih-Chiang studied at the Guangdong Art Academy headed at that time by artist and revolutionary Gao Jianfu, who believed in the revitalization of the Chinese painting language through an innovative infusion