All eyes will be on René Magritte's L'empire des lumières today at Sotheby's.

⁠⁠Painted for Anne-Marie Gillion Crowet in 1961, the iconic work has been kept in the collection until today. ⁠⁠

The painting is one of 17 oil paintings titled 'L'empire des lumières'—a series born out of the high demand for a 1954 version at that year's Venice Biennale. Four buyers were promised the work at the Biennale, and while it ended up in the hands of Peggy Guggenheim, Magritte produced 3 additional paintings for those who had lost out. ⁠⁠

Of the 17 paintings produced between 1950 and 1961, this later work is the largest horizontal version that Magritte produced. With an estimate in excess of $60M, the sale is set to trump Magritte's current record of $26.8M at Sotheby's in 2018 for his much earlier painting, Le Principe du plaisir. ⁠⁠ 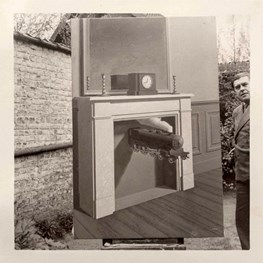