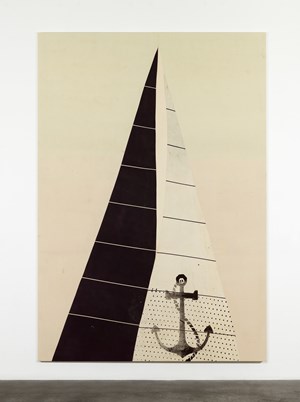 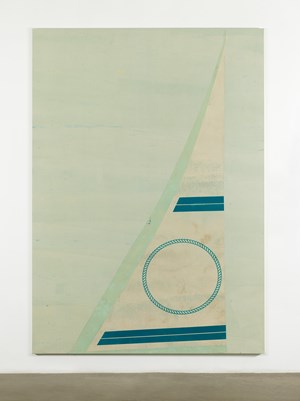 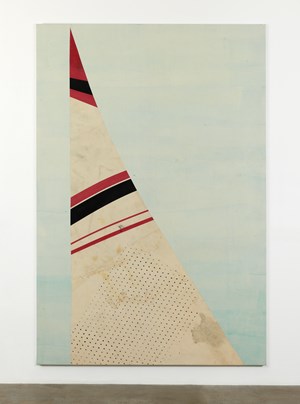 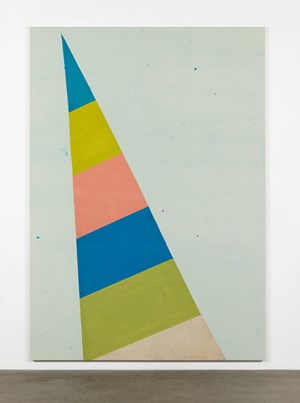 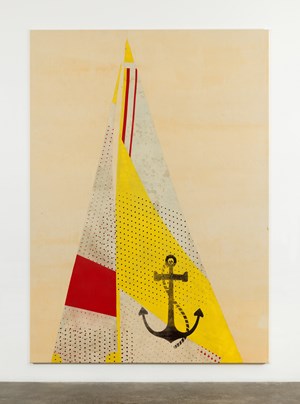 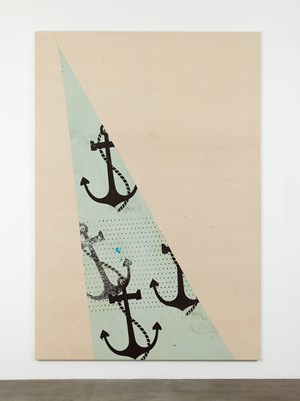 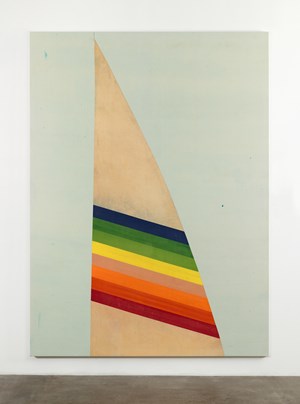 Central to Værslev's practice is the detour, and even the avoidance of the artist's gesture. In his works, he employs marks that range from colloquial appropriations to those that find bedfellows in painting's past. Placing his paintings outdoors as they dry, Værslev conflates these references with the uncertainty of nature, undermining his own decided actions and moves as the works accrue the accidental traces of weather - like turpentine gone sour, or monochromes corroded into color fields. Filling the landscape surrounding his studio, the paintings become inextricably tied to the environment in which they were created as abstraction gradually expands into the representation of real objects and phenomena.

In his most recent body of works, Værslev envelops his own practice as a material, literally stitching together elements belonging to his past series - striped canopy paintings and monochromatic canopies. Both of these bodies of work replicate commercial awnings, and while at first abstract in appearance, they are simultaneously hyper-realistic, undermining the physical act of painting by giving the impression of being ready-made. These new compositions not only represent a collage of past material, but a transformative moment from simulation to figuration, likening themselves to full-size boat sails without the boat. Situating themselves as an autobiographical conceit, the constituent abstract elements are further tied to a collaborative network of intention, history, and chance.

Sign up to be among the first to know when new exhibitions by Fredrik Vaerslev or at Andrew Kreps Gallery open.
Sign Up
}