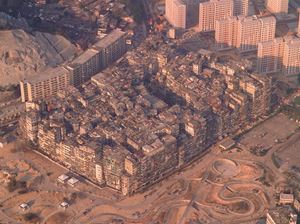 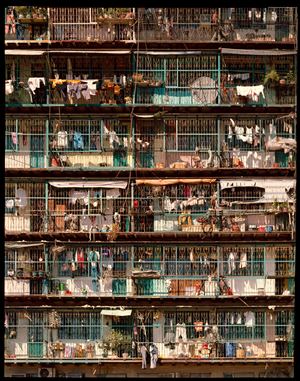 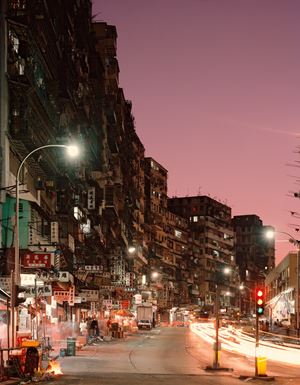 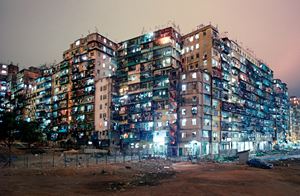 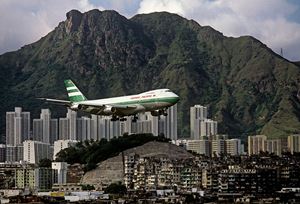 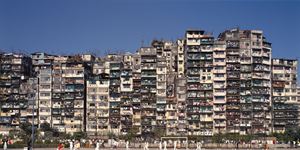 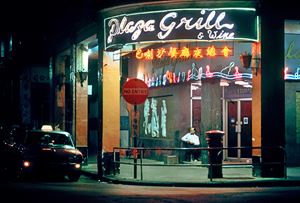 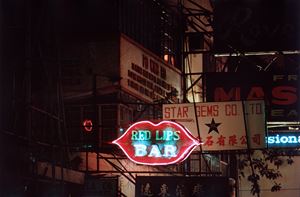 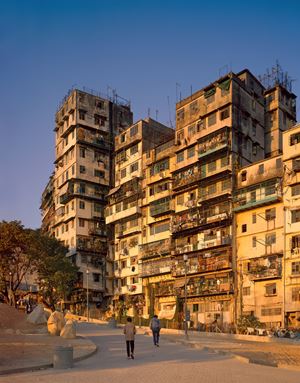 Blue Lotus Gallery is proud to present City of Darkness: an exhibition exploring the old and long gone Walled City of Kowloon as photographed by Greg Girard and Ian Lambot. This influential body of work, which to date sold over 25,000 book copies, will be on view in a gallery setting for the first time since first published.

For nearly 50 years, the extraordinary community of Kowloon Walled City cut a dark presence in the heart of Hong Kong. Yet without legislation and with little regard for basic services, planning and regulations or building standards, the city not only survived, it positively thrived.

But how could such a place exist in a modern metropolis without administrative oversight, 'triply neglected' by the British, Chinese and Hong Kong governments? Who would choose to live there? And why?

Ian Lambot and Greg Girard set about photographing the Walled City shortly before its demolition due to a deep fascination and because 'for all its horrible shortcomings, its builders and residents succeeded in creating what modern architects, with all their resources of money and expertise, have failed to: the city as "organic megastructure", not set rigidly for a lifetime but continually responsive to the changing requirements of its users, fulfilling every need from water supply to religion, yet providing also the warmth and intimacy of a single huge household ...'

Nearly thirty years on from the Walled City's demolition, this project offers a unique insight into the remarkable community that was Kowloon Walled City, home to 35,000 people at its peak and by far the most densely populated neighbourhood the world had ever known.

In the years since 1994 demolition, the Walled City has attained a kind of punk immortality and a visual aesthetic showing a modernist dystopia mixing filth, darkness, and haphazard concrete construction and overcrowding into a single unsettling yet irresistible brew that is often used in movies, video games or described in books to evoke what only this place managed to organically create.

The photographs and the memories of the people who lived there keep this place alive in our minds, in all its glory and ill repute. City of Darkness will be showcasing prints, books and other memorabilia related to the Walled City. Both artists will be present to give a talk about their experience and to take interviews.

Sign up to be among the first to know when new exhibitions by Greg Girard, Ian Lambot or at Blue Lotus Gallery open.