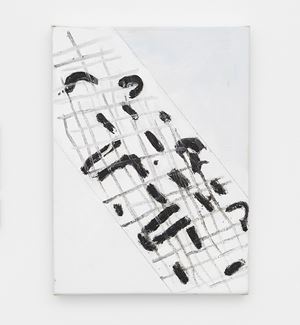 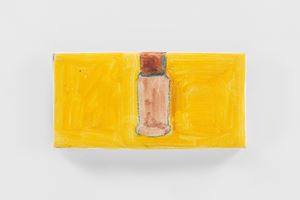 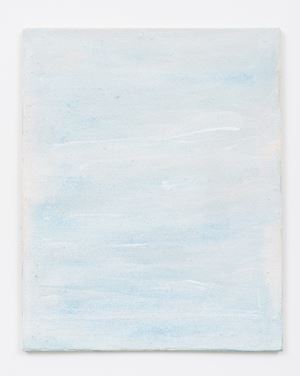 David Zwirner is pleased to present Raoul De Keyser, on view at the gallery's Hong Kong location. The first solo show of the artist's work in Greater China, the exhibition will feature paintings from the last twenty-five years of De Keyser's five-decade career, illustrating his intuitive—yet rigorous—facility with his medium. Complementing the presentation in Hong Kong will be an online group exhibition that situates the late Belgian painter in dialogue with contemporary painters whose art continues to relate to or be informed by his pioneering compositions.

De Keyser (1930–2012) is known for his sophisticated and tempered paintings that subtly and evocatively explore the relationship between colour and form. Made up of simple shapes and painterly marks, his works allude to the natural world and representational imagery, while avoiding suggestions of narrative or reductive frameworks that limit experience and interpretation. Despite—or precisely because of—their spare compositions, De Keyser's works convey a visual intensity that inspires prolonged contemplation, mirroring the artist's own sustained, reflective process. As the art historian and curator Ulrich Loock notes: 'In the case of De Keyser, the autonomy of painting is not an overarching, ultimate goal to be reached by a detour through its opposite. Rather ... De Keyser succeeds in creating a situation in which his painting is kept free from pure subjective construction and is able, through mimesis, to acknowledge a reality outside itself.... Through a particular kind of self-referentiality, he manages to balance depiction and the autonomy of the image, avoiding a compromise between the two.'1

The works on view in Hong Kong include key examples of De Keyser's singularly compelling and distinctive paintings, including works employing hard-edge geometric forms and contrasting colours, such as Model for Cabinet (1989), as well as those exhibiting a brushier, looser facture, as in Front (1992). Some canvases are rife with overlapping shapes and forms, resulting in visual tension between surface and depth that unfolds over the course of extended periods of viewing. Other paintings are more sparsely populated with semi-uniform shapes—such as ovals—and a restrained palette that highlights the flatness of the support while also creating an indeterminate sense of negative and positive space. A 2010 documentary on De Keyser by Jan Blondeel will also be on view in the gallery, offering visitors an opportunity to further familiarise themselves with the artist's work and life.

Presented in tandem with the exhibition in Hong Kong is New Visions: After De Keyser, an exclusively online viewing experience featuring recent work by some of today's foremost painters, including gallery artists Tomma Abts, Francis Alÿs, Harold Ancart, Chris Ofili, and Luc Tuymans, as well as Richard Aldrich, Fahd Burki, Matt Connors, Ilse D'Hollander, Yuki Higashino, Ridley Howard, Lee Kit, Rebecca Morris, Loïc Raguénès, and John Zurier. For many of these artists, De Keyser has been a direct influence, inspiring their own engagements with the painted surface, through his intuitive approach to balancing the figurative and the abstract, his highly personal yet studied method for distilling form to its seeming essence, and his uncanny ability to achieve maximum visual effect through the forthright treatment of colour and form. Others featured in the show are longtime admirers of his work who wish to honour the legacy of their fellow artist.

Among the works presented in New Visions is one of Hong Kong–native Lee Kit's signature hand-painted cloths, which simultaneously evokes the traditions of Chinese scroll painting while also echoing De Keyser's diaphanous and thoughtfully treated colour fields. The restrained yet taut surface of John Zurier's near-monochrome Keisetsu no Kou (2019) shares an understated forcefulness with De Keyser's stark black-and-white R.A.T. (2012). The warm pinkish hues of Francis Alÿs's sky-like abstraction Untitled (2010) is complemented by the cool, gentle blues of De Keyser's Untitled (2012). Rebecca Morris's abstract surface of mosaic-like fragments of colourful patterns embedded in staccato daubs of azure blue exhibits the same free creative spirit as De Keyser's playful treatment of form in Across (2000/2009) and Passage (2010). New Visions: After De Keyser presents these and other moments of synchrony and syncopation, confluence and contrast between these artists and De Keyser, visualising how his art continues to be cherished by these as well as countless other established and up-and-coming artists—a testament to De Keyser's relevance across generations.

Since the mid-1960s, the artist's work has been the subject of several solo exhibitions at prominent institutions. In 2000, a large-scale retrospective was presented at The Royal Hibernian Academy, Dublin, which traveled to the Goldie Paley Gallery, Moore College of Art and Design, Philadelphia, and The Renaissance Society at the University of Chicago. A major survey of the artist's paintings traveled extensively from 2004 through 2005 to the Whitechapel Gallery, London; Musée de Rochechouart, France; De Pont Museum for Contemporary Art, Tilburg, The Netherlands; Museu de Serralves, Porto, Portugal; and the Kunstmuseum St. Gallen, Switzerland. In 2009, his paintings were exhibited in a retrospective at the Kunstmuseum Bonn, Germany, and his watercolours were presented jointly at the Museu de Serralves, Porto, Portugal, and the Douglas Hyde Gallery, Dublin.

Sign up to be among the first to know when new exhibitions by Raoul De Keyser or at David Zwirner open.
Sign Up
}