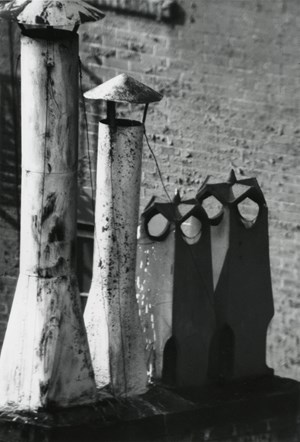 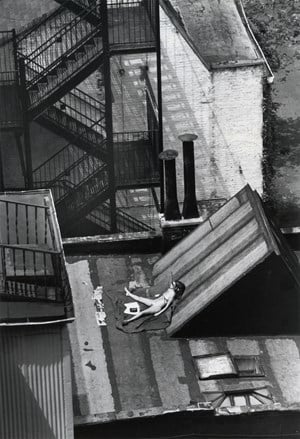 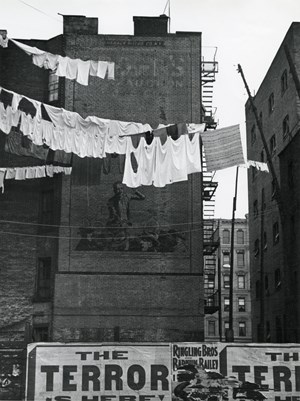 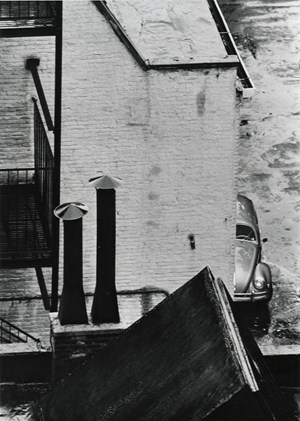 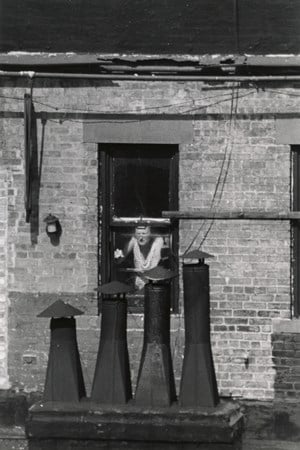 This show is dedicated to Michael Wolf.

Gallery FIFTY ONE is proud to present Rooftops; a show with the famous architectural views by Hungarian master of photography André Kertész (Hungary, 1894—US, 1985). These images will be accompanied by a photograph from the series 'Paris Rooftops' by Michael Wolf (Germany, 1956—Hong Kong, 2019), as an homage to the latter who sadly passed away last April.

André Kertész (born as 'Andor' to a Jewish Hungarian family) is celebrated as one of the greatest photographers of the 20th century and as an important contributor to photojournalism. Starting by documenting daily life in his home country, Kertész moved to Paris in 1925, where he immersed himself in the city's vibrant avant-garde scene. Next to portraits of his artist friends, he shot numerous images of life in the streets and in the bars he frequented. As a photojournalist, Kertész was an observer, who refrained from any political message. In addition to his dynamic compositions and sharp contrasts, he stood out because of the empathy for his subjects, resulting in poetic and often melancholic images. Kertész was strongly influenced by the modernist and even surrealist ideas of his time. The latter becoming most evident in his somewhat atypic 1933 series 'Distortion', for which he photographed nude models deformed by funhouse mirrors.

The eleven black and white photographs on show were taken between 1939 and 1978 in New York, where Kertész arrived in 1936, fleeing the increasing anti-Jewish climate in Paris. In 1952 he settled down in a 12th-floor apartment overlooking Washington Square. From there, and from nearby rooftops, Kertész aimed his zoom lens at the architecture surrounding him. Making use of the graphic possibilities offered by chimneys, brick walls, fire escapes and their shadows, Kertész created strong linear compositions and black and white contrasts. Amidst this concrete jungle, he spotted signs of human presence, such as wall painting advertisements, laundry hanging out to dry, a woman peeking through her window or a sunbather on the roof of an apartment building; details that often add a humorous touch to these images.

The safe distance from which these rooftop photographs were taken, bestows anonymity on the people depicted. Like a voyeur, Kertész observed without participating in the life that took place around him. The sense of alienation in some of these images can be linked to Kertész's outsider position in American society. The artist struggled to adapt to his adoptive country which, upon arrival on the eve of WWII, considered him to be an enemy alien, forbidding him to photograph on the streets and to work on commissions. After a three-year exclusion, Kertész was able to rebuild his photographic career as a freelancer for various magazines and would receive international recognition, with retrospectives worldwide. However, the feeling of under-appreciation stayed with him, translating into images that often breathe a sense of loneliness and isolation.

Where Kertész took it to the roof in an attempt to cope with his outlandish surroundings, Michael Wolf sought higher grounds to capture the essence of contemporary Paris, away from the clichés imposed by the iconic 19th-century architecture and the photography history of the city. For his 2014 series 'Paris Rooftops', realised during a six-year stay there, Wolf zoomed in on the functional architecture that is usually hidden from view. The geometrical compositions of chimneys and satellite dishes that resulted from this approach, hold the same flattening of perspective and tendency towards abstraction as Kertész's images. Wolf's series, that captures the atmosphere and beauty of Paris in a novel way, has become an emblematic part of the oeuvre of the deplored artist, who will always be remembered for his studies on the diversity of life in megacities and the influence of urbanisation on people's daily lives.

Sign up to be among the first to know when new exhibitions by André Kertész, Michael Wolf or at Gallery Fifty One Too open.