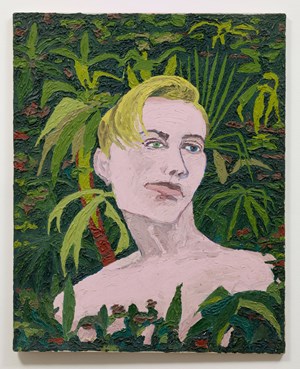 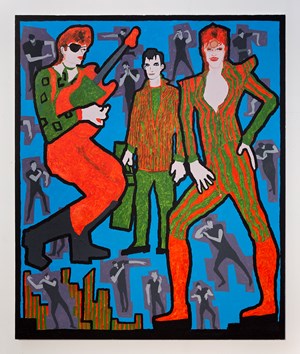 This exciting group exhibition brings together thirteen artists who Fraser championed during his time along with other members of the pop art movement. The exhibition title takes inspiration from Harriet Vyner’s oral history of Robert Fraser entitled Groovy Bob, one of the key influencers and trendsetters in the 1960s when pop culture, music and art collided. To accompany the exhibition, Gazelli Art House in collaboration with The Arts Club will launch an eponym double-vinyl album containing fourteen songs in tribute to Fraser, a.k.a. Groovy Bob. The exhibition together with the songs emphasise the relationship between music and art, and to celebrate Fraser’s artists’ continued relevance and influence.

Fraser led a glamorous life and embodied the cultural movement of the ‘Swinging Sixties’. He was a high profile and flamboyant bridge between the worlds of contemporary art and rock music, bringing together artists, writers, filmmakers, celebrities and rock stars, most prominently The Beatles and The Rolling Stones. His gallery became a focal point for modern art in Britain. Through his exhibitions, he helped to launch and promote the work of many important new British and American artists, introducing Jean-Michel Basquiat, Andy Warhol and emerging Pop Art movement to the London art scene. Fraser is perhaps best known for being the artistic director of The Beatles’ Sgt Pepper’s Lonely Hearts Club Band album cover, commissioning Peter Blake and Jann Haworth to create the artwork.

Robert Fraser’s Groovy Arts Club Band album has been written, performed and produced by David G.A. Stephenson and Josh Stapleton. They have collaborated with Chris Frantz and Tina Weymouth of Talking Heads and Tom Tom Club along with Richard Bell of Blue Aeroplanes and Scalaland. Each song is original and celebrates an artist from the exhibition, as well as Fraser himself:

The gatefold sleeves of the special edition vinyl have been designed & created by painter Derek Boshier, who produced album sleeves for David Bowie, including Lodger and Let’s Dance.

As David G.A. Stephenson says: 'The enthusiastic response to my first art-song ‘I Want To Hang Out With Ed Ruscha’ led me to write and record a series of songs celebrating Ruscha’s contemporaries on both sides of the Atlantic, all of whom, I eventually discovered, were united in having been exhibited by the extraordinary Robert Fraser'.

'Building on the gallery’s historic exhibitions, we are delighted to revisit the 1960s era following our 2016 show, This is Today. This time, we are celebrating Fraser’s legacy with an exhibition dedicated to the pop art and the artists he championed. Bringing the rock ‘n’ roll glamour to the gallery space, these works on display, along with the special edition vinyl album, will transport the viewer back to the swinging sixties, full of charisma and excitement' explains Mila Askarova.