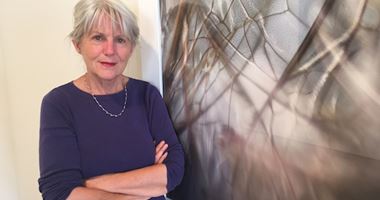 Anne Noble is one of New Zealand’s most respected photographers. Her substantial body of work spans landscape, documentary and installations that incorporate both still and moving images. She often works in series enabling her to explore the medium and its possibilities in great depth.

Since 2001, Noble has been researching and photographing Antarctica. She is exploring the cultural construction of place through imagination and depiction. Moving away from the traditional photographer’s role as companion to exploratory and surveying teams, and questioning the tendency to frame the Antarctic landscape as heroic, picturesque or sublime, Noble is searching for appropriate forms of representation in light of our current, rather than historical, relationship to place.

In 1998, Noble embarked on a series of photographs of Ruby’s room (Anne’s daughter), her toys, and spectacular close-ups of her mouth. The works expand Ruby's mouth in many guises to a scale that is at once scary, comical and heroic. Lush, large, and electric in colour, the photographs are of imaginary disembodied physical and sensory experience.

In 2001 The Dunedin Public Art Gallery curated a major retrospective of her work. The resulting exhibition States of Grace, toured New Zealand 2001–2003. In 2005 and 2006 her work featured in exhibitions at the Neuer Berliner Kunstverein, in Berlin and the Patio Herreriano in Spain.

We have a need for images and stories to make meaning of human experience. This universal need for artistic experience requires constant interrogation and renewal.

Sign up to be notified when new artworks and exhibitions by Anne Noble are added to Ocula.
Sign Up Login