Gretchen Andrew was born in 1988 in Los Angeles, California. She studied information theory at Boston College while working in Silicon Valley but later apprenticed with well-known figurative painting legend Billy Childish in London. Today, the Downtown L.A.-based artist is primarily known for her vision boards and associated performative internet manipulations of art world institutions such as Frieze Los Angeles, The Whitney Biennial, The Turner Prize, and the cover of Artforum.

Her practice is simultaneously known as 'Search Engine Art' and 'Internet Imperialism'—critic Jonathan Griffin describes this in LALA Magazine as alluding to 'the Wild West possibilities of the Internet and to the scale of her artistic ambition.'

Unlike fake or deep fake art, Gretchen's manipulation of digital information is clearly identifiable as art. 'It is not a conversation so much about real and fake as it is about desires versus fulfillment. To desire is very human, very physical, and I love making use of technology's failures to understand what it means to want something.'

Gretchen's work takes its most vivid and memorable physical form as vision boards which she makes both on canvas and gallery walls such as at the Los Angeles Center for Digital Art in 2019.

The craft-based feminine and trivialized materials of her vision boards contrast with the male-dominated worlds of political control, machine learning, and artificial intelligence in which they also live. While composed around charcoal drawings on canvas, her vision boards also often contain materials such as ballerina cake toppers, foam flowers, fabric butterflies, gems, and unicorn magnets sourced from Los Angeles's craft district. These vision boards then get programmed through metadata, search engine optimization, and other methods of eCommerce to usurp existing reality for a hoped-for-future. 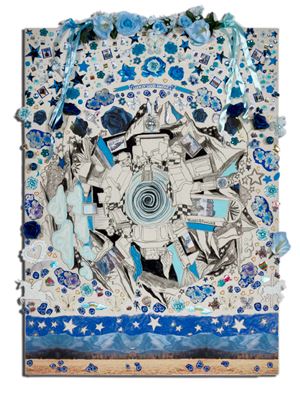 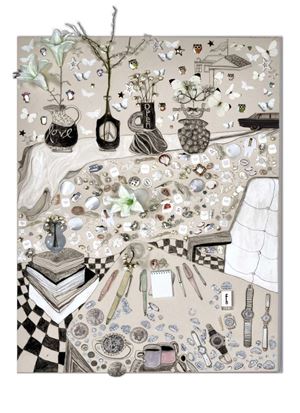 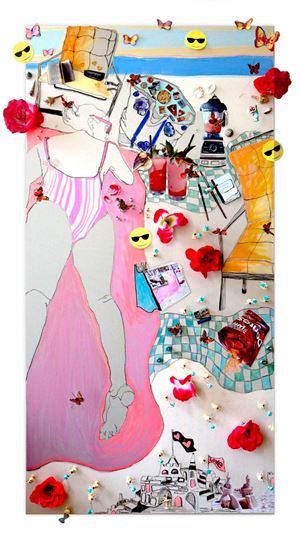 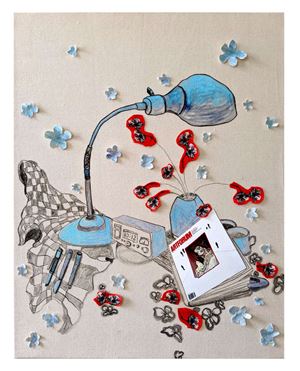 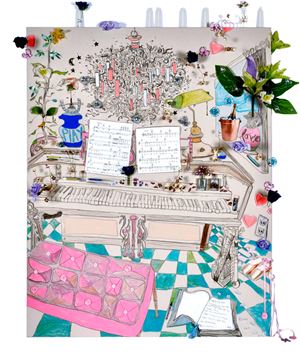 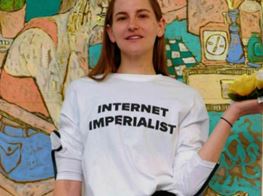 Related Press This Artist Is Tricking the Internet into Making Her Dreams Come True 15 May 2019, Los Angeles Magazine

Lately, artist Gretchen Andrew has been thinking about the people, experiences and places she wants in her future. As she does, she paints tangible elements of that dream life in swirling oil paints on flattened pieces of cardboard, manifesting the future she desires with each brushstroke. 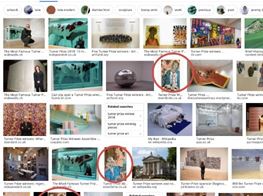 Related Press The artist who trolled Google into making her win the Turner Prize 27 February 2019, DAZED

Gretchen Andrew has won the Turner Prize, or that's what Google wants you to believe anyway. 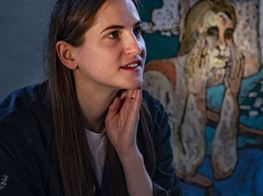 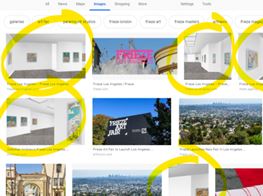 Gretchen Andrew has ensured that her images will top the Google image search results for "Frieze Los Angeles."

Be among the first to know when new artworks and exhibitions by Gretchen Andrew are added to Ocula.