Nunzio di Stefano was born in 1954 in Cagnano Amiterno, L’Aquila. He studied at the Fine Arts Academy of Rome, taking his diploma on the course held by Toti Scialoja. In 1973 he set up a studio at the former Cerere Pasta Factory, in the Roman quarter of San Lorenzo, where Bruno Ceccobelli, Gianni Dessì, Giuseppe Gallo, Piero Pizzi Cannella and Marco Tirelli would also work.

After his first solo show in 1981, at the Galleria Spatia in Bolzano, in 1984 he exhibited large size sculptures in plaster at the Galleria L’Attico in Rome, an important solo show presented by Giuliano Briganti. The same year Achille Bonito Oliva organised the collective exhibition Ateliers, centred on the San Lorenzo artists. In 1985 his first American exhibition at the Annina Nosei gallery in New York opened the door to collectors and the market, contributing to the international spreading of his expressive language. In 1986 L’Attico was the place where the artist presented his first works in wood and lead. Some of these would be featured at the 62nd Venice Biennale where Nunzio won the 2000 Prize as best young artist.

Works in plaster and burnt wood were brought together in 1987 for a solo show held at the Galleria Civica in Modena. Between the end of the eighties and the early nineties his solo and collective exhibitions increased both in Italy and abroad: in 1985, the Nouvelle Biennale de Paris, L’Italie aujourd’hui at the Centre National d’Art Contemporain in Nice, Nuove trame dell’arte, at the Castello Colonna in Genazzano and Anni Ottanta at the Galleria Comunale in Bologna; in 1986, Aspekte der Italienischen Kunst, an itinerant show that visited various cities in Germany; the 11th Quadrennial in Rome (returning also in 1996) and the 6th Sydney Biennial; in 1989, Los Nuevos Romanos in Santiago de Compostela and Madrid, and Prospekt ‘89 in Frankfurt; Roma interna, at the Museum Moderner Kunst Stiftung Ludwig in Vienna (1991) and the 3rd Istanbul Biennial the following year.

In 1995 Nunzio was invited to the Venice Biennale with a personal room that received Honourable Mention. His first solo show in Japan was in 1994 at the Kodama Gallery in Osaka, followed by participation in the 1995 Fujisankei Biennial where his sculpture Ombre [Shadows], set in the spaces of the Hakone Open-Air Museum, won the Prize for Excellence.

The same year, he had a solo show at the Bologna Modern Art Gallery venue Villa delle Rose that retraced his work of the past decade. In 1997 he presented his first works in bronze, at the Galerie Alice Pauli in Lausanne, in 2000 his solo show at the Galleria Fumagalli in Bergamo was accompanied by the publication of a monograph. In 2005 he had a solo show at the Galleria dello Scudo in Verona, curated by Lea Vergine, where he exhibited a series of installations in burnt wood which create new and unusual inhabitable spaces. That same year and the next saw his anthological exhibitions at the MACRO in Rome, curated by Danilo Eccher, and at the Belgrade Museum of Contemporary Art, curated by Bruno Corà. His most recent solo show was in 2016 at the Museo Riso in Palermo, Sicily. Nunzio currently lives and works between Rome and Turin. 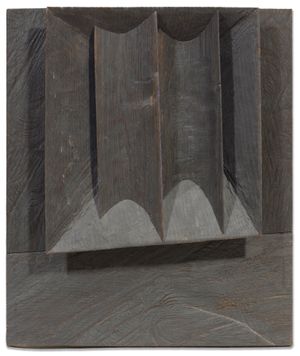 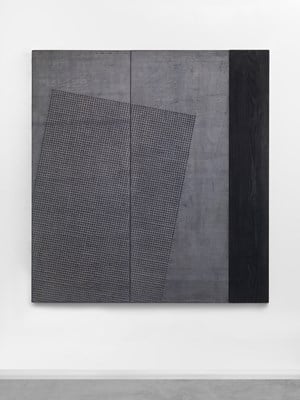 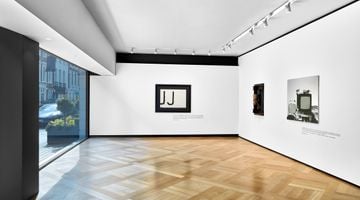 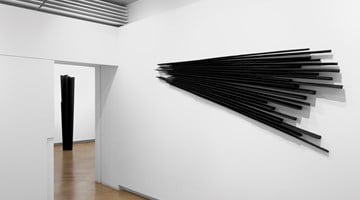 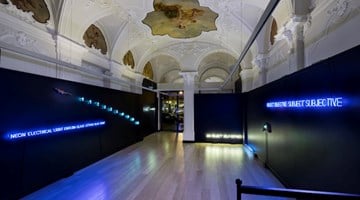 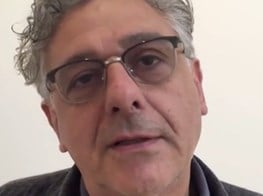 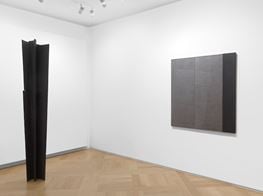 Sign up to be notified when new artworks and exhibitions by Nunzio are added to Ocula.