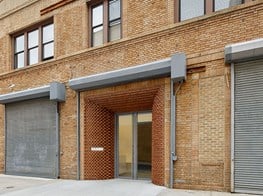 The 13th edition of Asia Contemporary Art Week (ACAW) launched during the first week of September—along with the rest of the New York art world—offering rare insight into artist spaces and practices during one of the most frenetic months of the year. The 2018 iteration of ACAW contains a season-long programme of signature events under the overarching theme 'Thinking Collections' curated by ACAW Director Leeza Ahmady that look beyond the art market to address artistic and archival practices. This is the first in a series of diary insights by Ocula contributors, undertaken in partnership with ACAW, to focus on covering aspects of the programme in New York.

The schedule for ACAW commenced on 5 September 2018 with a week of events and exhibitions, including the opening of Takashi Kunitani's second show with Ulterior Gallery, Spaceless Space (8 September–14 October 2018) on the Lower East Side. One of the smallest galleries in the city, Kunitani made masterful use of the one-room space with rods of argon and neon-filled tubes whose forms are subtly manipulated using a glass blowing technique. Kunitani explains that rather than working towards a finite form, he allowed his breath to guide the shape of the rods. They hang suspended like sentient lifeforms, tethered to power converters placed anchor-like on the floor.

On 11 September, Ruby Chishti, representational sculptor and veteran resident of the warren-like Troutman Street Castle Braid complex, and Wei Xiaoguang, whose studio is ensconced in Bogart Street, welcomed visitors to their respective spaces as part of ACAW'S 'Open Studios' programme. Within ACAW 2018's conceptual framework, the program seeks to spotlight artists whose practices expand on a variety of artistic and philosophical inquiries, related to Asia, by providing opportunities to connect directly to artists, their research, and art-making processes in the context of their own creative workspaces.

On display in Chishti's studio were the artist's soft sculptures—architectural structures in miniature rendered from memory. One of these was We Leave, We Never Leave, We Return Endlessly, from 2017, in which layers of folded and twisted fabric form an enormous hanging wall structure, like a cross section of geological strata. Embedded in it are tiny doors and windows that seem crushed under the weight of their own edifice. Chishti worked a piece of raw cotton between her fingers while she talked us through the process of constructing these forms, which involves an abundance of fabric scraps salvaged and transformed, and the use of static objects—such as a coat hung on a peg—for life studies. Wei Xiaoguang's windowless studio on Bogart Street, in contrast, was like a white box of visual trickery, where picture puns (flaming Fred Flintstones in multiple passaging through fire) and corporate image culture (the Apple logo becomes the eye of the storm in a painterly vortex) coalesce into explorations of the materiality of paint on canvas.

On 13 September the focus moved to Chelsea for a night of openings. Those participating included Dooson Gallery who augmented the preview of Yoon Hwan Bae's solo exhibition by an Open Studios visit to the gallery's space for resident artists, where Yoon Hwan Bae and Seulki Ki are currently residing. At their opening, The Kitchen presented Chitra Ganesh: Her garden, a mirror (which runs until 20 October), where the artist's totemic plaster pillar made up of female faces stands sentry-like at the entrance to the cavernous second-floor gallery, while walls of prints and stark black and white works on paper line the walls like earthly deities. The work tells the non-linear stories of real women, like a graphic novel unfolding—making, machining, engineering, advancing, and holding their ground in solid repose. Ganesh's work reverberates with the timely presence of Indofuturism, as new heroes inhabit a post-colonial world. Towards the back of the gallery's far wall, a stack of newsprint free for the taking rises from the floor, printed with a section from the 1905 sci-fi novella Sultana's Dream by Begum Rokeya Sakhawat Hossain. A Bengali Muslim and activist, Houssain's novel imagines a feminist utopia led by women rulers. It is an anchor text for Ganesh, serving as a point of departure and source of rumination for society reimagined in much of her work.

One of the most well-attended events for the Chelsea Night was Park Chan-Kyong's artist talk and solo exhibition opening at Tina Kim Gallery. The artist's wide-format three-channel film installation Citizens Forest (13 September–3 November 2018), occupies the entire central gallery of Tina Kim's space, and is as unsettling as it is meditative. An allegorical study in 'reflective fear', as Park describes it, the piece responds in part to the 2014 Sewol ferry sinking, the high-profile capsizing of a commercial Korean transport ferry which sank killing 304 people, igniting public criticism due to rescue negligence and illegal ship modifications. Park spoke carefully of the dissonant challenges of collective tragedy and responsibility surrounding the incident. The film, although not explicit in its referencing of the event, has a great heaviness as Korean figures from different eras drift slowly across the screen, engaging in solitary, mundane and sometimes ritualistic actions. 'The important thing is that they are doing nothing,' explained Park, 'they are like ghosts, and they represent a fear which you return to again and again later on.' Michael Price, a New York-based artist present at the question and answer session following the talk asked about an artist's duty to facilitate healing from such collective traumas, through the portrayal of historical wounds. In response Park hesitated to go beyond likening artists to shamans.

The initial two weeks of ACAW finished with Asia Society's lecture on 15 September by academic Faisal Devji entitled 'Godless Secularism: Europe, India and Religion', which is part of the institution's series of programs to complement its exhibition, The Progressive Revolution: Modern Art for a New India (14 September 2018–20 January).

While drawing a link between these separate events isn't necessary, it feels important to comment on how many artists encountered in the first week of ACAW invoked mythologies and mythological modes of story-telling in their work. Perhaps most palpable though, was the pervasive sense of the collective, whether in material groupings such as Kunitani's body of natural gas rods or the shared, collective histories that Park and Ganesh respond to. It will be interesting to track how these ideas continue to play out through the programme in the coming weeks. —[O]

Ruby Chishti (b. 1963 in Jhang, Pakistan) is a visual artist who over the last 18 years has produced a series of lyrical-sculptures and installations that touch on themes such as the passage of time, Islamic myths, gender politics, migration, 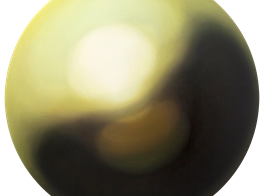 Wei (b. 1986, Inner-Mongolia Province, China) received his BFA from the Central Academy of Fine Art, Beijing China, and his MFA from Hunter College in New York. His works combine multiple levels of historical and representational painting techniques 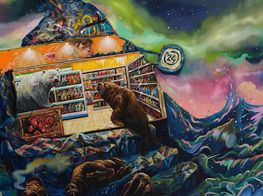 Seulki Ki (b. 1983 in Korea) received her B.F.A from Seoul Institute of the Arts and Sangmyung University, and her M.F.A from Slade School of Fine Art in London, UK. Ki held solo exhibitions in Korea at DOOSAN Gallery Seoul, space k, and Gallery