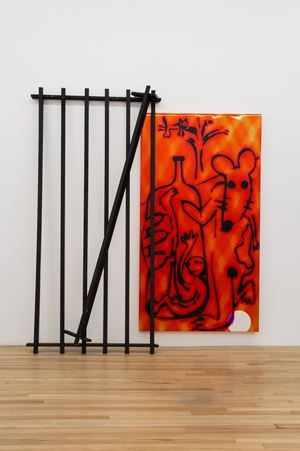 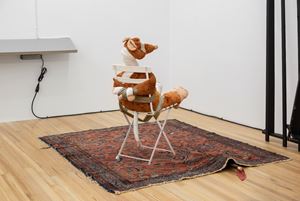 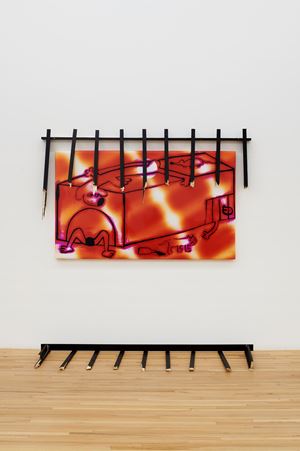 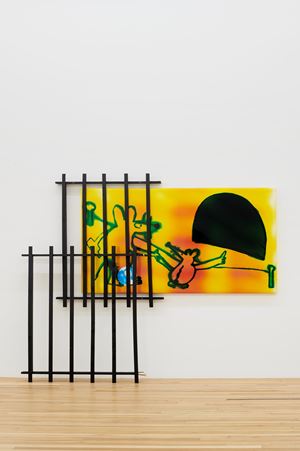 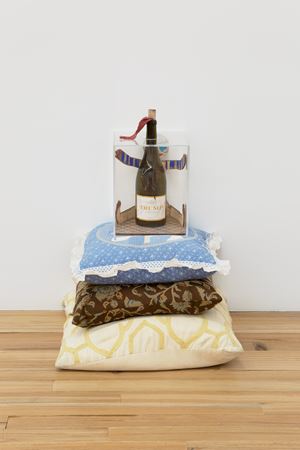 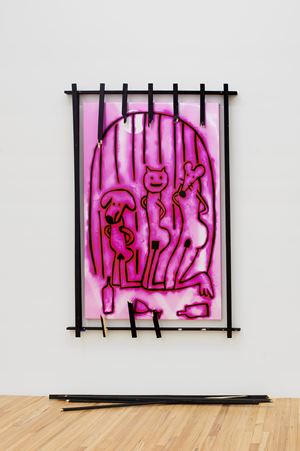 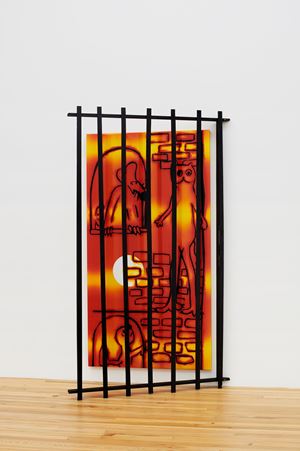 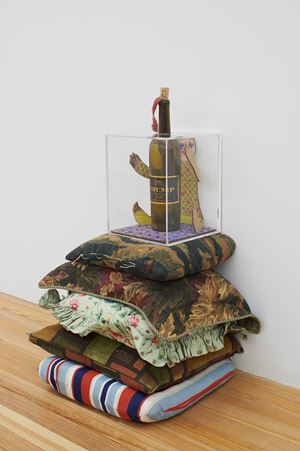 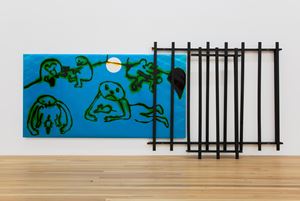 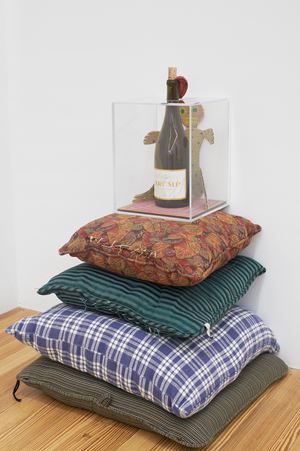 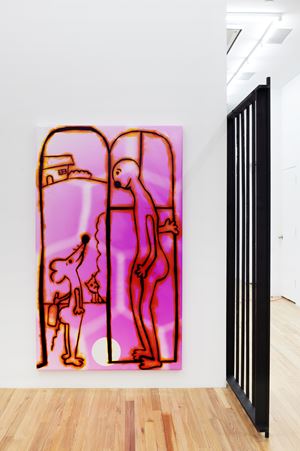 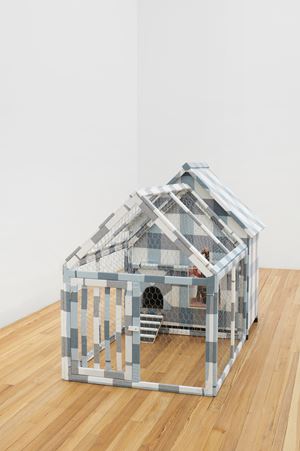 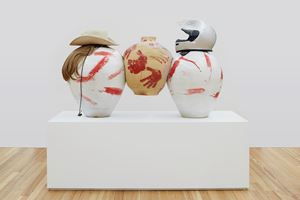 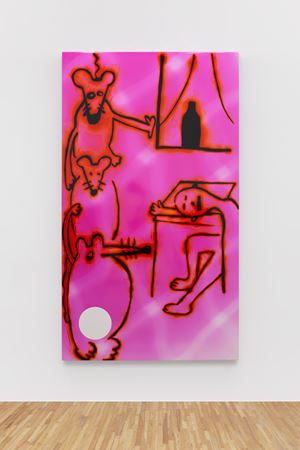 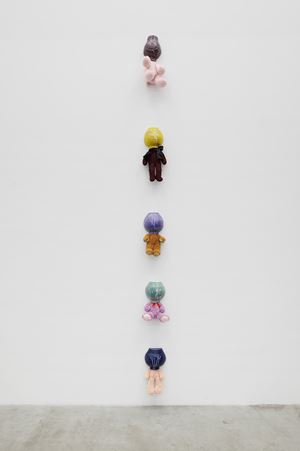 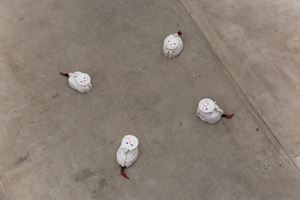 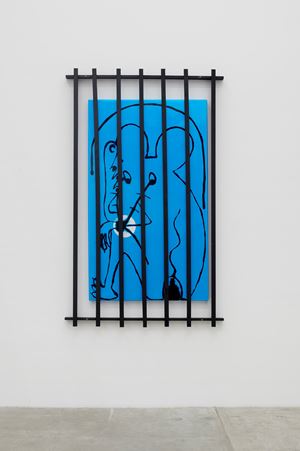 Andrew Kreps Gallery is pleased to announce a special project with Hadi Fallahpisheh titled BLOW-UPS at the gallery's 22 Cortlandt Alley location, specifically conceived to open before the 2020 presidential election.

In 2016, Fallahpisheh was living in rural upstate New York in an area that had heavily supported Donald Trump's election. Unable to renew his Visa, and faced with the prospect of moving back to his native Iran, he spent the last of his savings buying two dozen bottles of 'Trump' label wine. After drinking the contents, Fallahpisheh turned the empty vessels into Molotov cocktails, filled with gasoline and still bearing the 'Trump' labels. Initially planned to be incorporated into a performance, Fallahpisheh ultimately decided to bury the bottles, accompanied by notes explaining their origin and his work as an artist, with the assumption they'd be later discovered by a stranger. In the spring of this year, while working on a series of works that contained a wine bottle as a recurring motif, Fallahpisheh remembered these buried objects and drove upstate to retrieve them. All were found intact, though their contents had since evaporated. These empty vessels form the basis of BLOW-UPS, and are presented alongside new sculptures and photographic works.

Continuing an ongoing series, the large-scale photographs on the gallery walls play on the medium's traditional role to reflect the society in which they were made. Rather than using photography as a direct document, Fallahpisheh creates unique works in the dark room by manipulating the surface of photosensitive paper with light to form cartoonish drawings that depict interactions between humans and animals. Placed within seemingly generic architectural environments, such as houses, fences, or other barriers, the figures' interactions quickly take on resonance with familiar social hierarchies - the power structure between species, ideas of ownership and residence, and inside versus outside. With a distinctly humorous bent, Fallahpisheh's characters each engage in their own personal vices, confusing the morality typically implied by the roles each character assumes. In BLOW-UPS, these photographs are presented within sculptural environments, broken or exploded fences that lean atop their surface. The evaporated Molotov Cocktails are then littered throughout the space, presented within similar fence-like structures, or within vitrines, where they are comically and desperately grasped by small doll-like figures. Together with the exhibition's title, the works suggest how tenuous and fragile these familiar structures can be.

Hadi Fallahpisheh was born in Tehran, Iran, and currently lives and works in New York. Fallahpisheh received a MFA in Photography from Bard College, Annandale-on-Hudson, New York in 2016. Fallahpisheh's work is currently included in 100 Drawings from Now at The Drawing Center, New York on view through January 2021. His work was recently included in In Practice: Total Disbelief, Sculpture Center, Long Island City, 2020, and Open Call, The Shed, New York, 2019. Additionally in 2019, Fallahpiseh was the recipient of the Artadia New York Award, and had a solo exhibition at Tramps, New York.

Sign up to be among the first to know when new exhibitions by Hadi Fallahpisheh or at Andrew Kreps Gallery open.