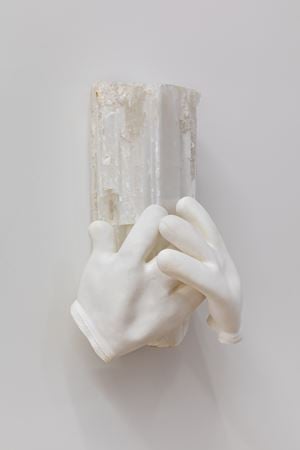 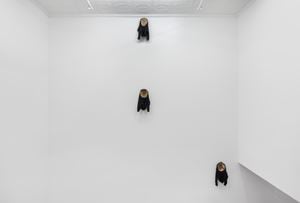 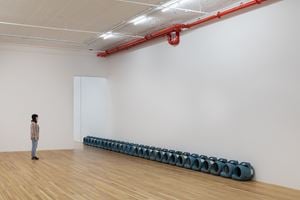 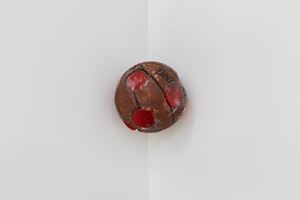 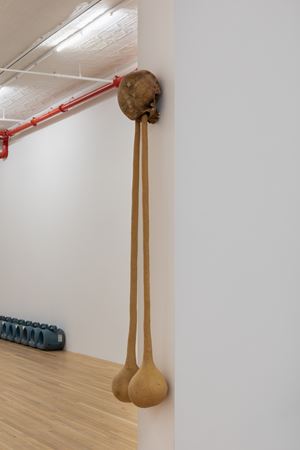 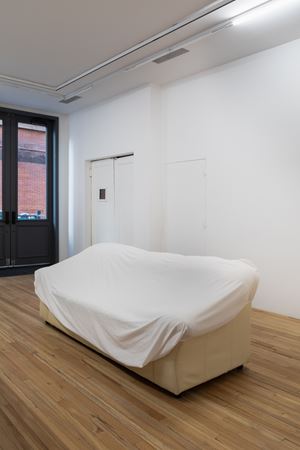 Andrew Kreps Gallery is pleased to announce an exhibition of new works by Michael E. Smith at 22 Cortlandt Alley.

Michael E. Smith's work utilises existing materials—clothing, plastics, and machinery, as well as natural elements like coral or taxidermy. These collected, once-familiar objects are stripped of their intended purpose and assembled together to create new sculptural compositions. Through this process of alteration, the elements of Smith's work are transformed beyond their origin or value, now seen as tools for communication and vessels of their own histories. Interpreted through a series of binaries, such as the natural versus the artificial, the human versus the technological, or life versus death, his assemblages emotively suggest violence, decay, poverty, and injustice in a manner not easily translated into language.

The site of installation is an active participant in the making of Smith's work, as he organises and installs his sculptures in relation to each other and to the existing architecture. Recalling strategies of Minimalist and Conceptualist movements that emerged in the United States in the 1960s and 70s, Smith employs the negative space around his works to create a palpable experience within the exhibition. This is furthered through alterations to the exhibition space itself, whether it be through ambient means (the dimming or removal of lights), the addition of sound, or interventions to pathways and thresholds. His work in turn becomes a distillation of the pending crises of our culture—the accumulation of waste, the material and environmental erosion caused by capitalism and consumerism, and the indeterminate value of life.

Sign up to be among the first to know when new exhibitions by Michael E. Smith or at Andrew Kreps Gallery open.