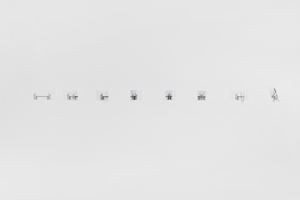 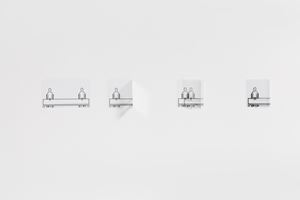 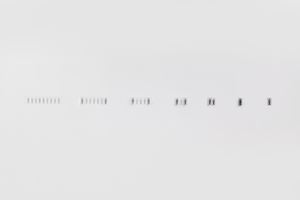 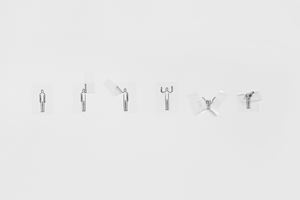 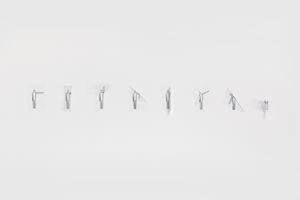 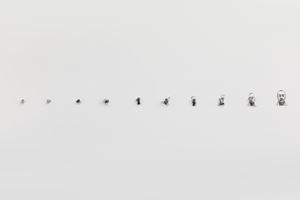 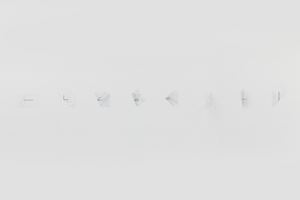 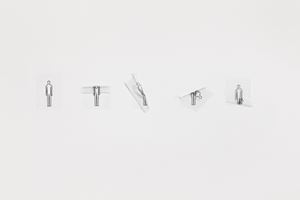 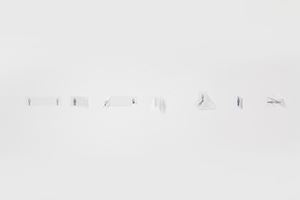 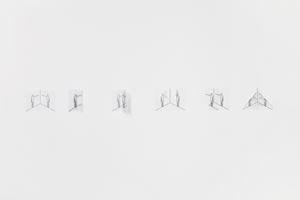 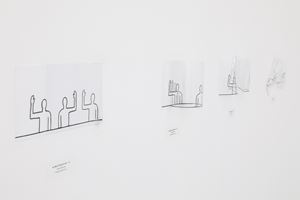 The show presents the artist's latest creation, the eponymous series, and will run till 10 November 2020. Wang Luyan regards the relationship between things as mutually entangled gravitational forces, just like the relationship between two points, A and B, in the folding space, where their strong gravitational forces cause the space to bend, so that they draw closer together until they overlap. The artist manifests various 'curved' people, incidents and objects by transferring them from three-dimensional space into existence in the foldable two-dimensional plane. For him, these twisted forms in the folding space are actually the hidden phenomena underneath the three-dimensional space that our lives reply upon.

The exhibition presents fifteen wall pieces from the series 'Curved Folding Space'. A row of images scanned from Wang Luyan's hand-drawn line sketches and printed on the clear films align at eye level, moving linearly around the four walls. The content is intended to be interpreted in a counter-clockwise direction. The deliberately reduced size of the works emphasises the readability of the conceptuality of the work and weakens any pleasure that might come with the viewing experience. As a bendable material, the clear plastic film leaves only the outline of the objects, stripping off the concealment of the image to the greatest extent. The folded and distorted images are then fixed with transparent tape. The artist makes sure that all the transformation processes are reversible. Within the same work, the same content is displayed in two-dimensional space and folding space in different and even completely opposite forms.

For Wang Luyan, the entire exhibition space is already an invisible 'folding space', in which everything is distorted like the work: the standing person shown by the two-dimensional plane space is 'bent' by the folding space into a kneeling position; the folded space appears to be non-directional. The series takes social reality as an entry point, depicting specific phenomena such as shooters without targets and communicators, while the themes are gradually abstracted until they return to the most essential geometric figures and line segments.

At the end, the artist's portrait reversely starts from a folded scroll and morphs backwards into a complete manifestation on the two-dimensional plan. This is the artist's infinite retrogressive questioning of Münchhausen's triple dilemma, as the 'certainty' in the traditional knowledge system is in damage. The artist's exploration makes the entire exhibition an endless recursion without any basis for argumentation.

Sign up to be among the first to know when new exhibitions by Wang Luyan or at Beijing Commune open.