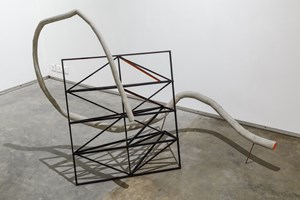 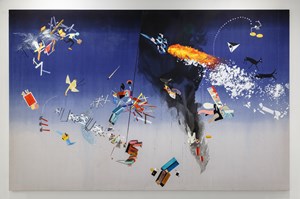 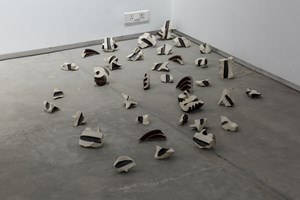 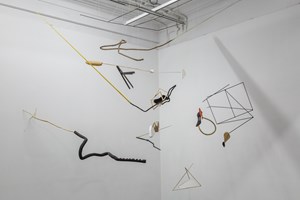 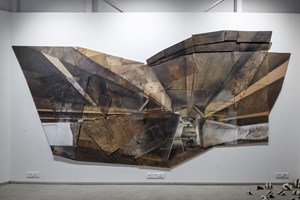 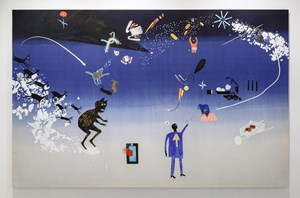 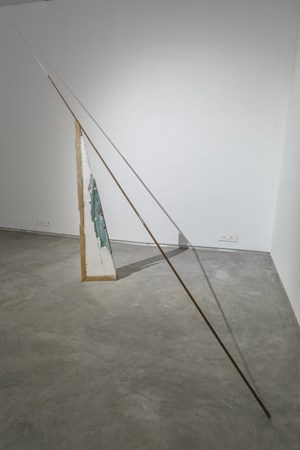 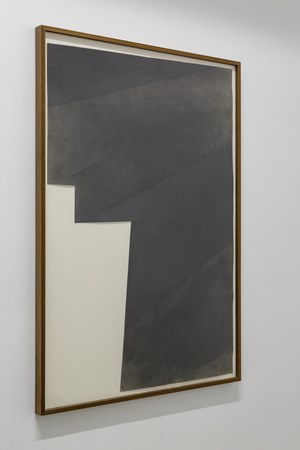 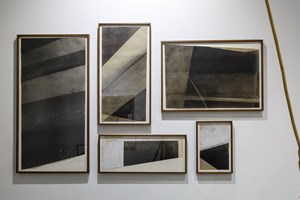 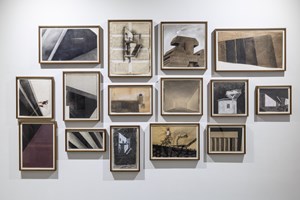 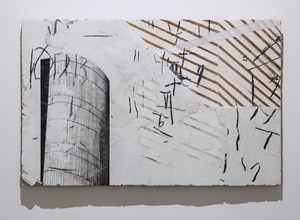 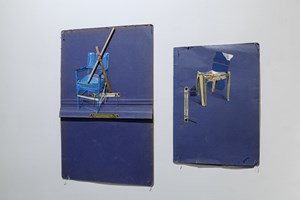 Experimenter presents A Second Coming, New Delhi and Marseilles based artist Julien Segard's solo at Experimenter Ballygunge Place opening on April 26 2019. The exhibition builds a dialogue between the visceral and the peripheral, vacuity and mass, and the relationship between man, landscape, and architecture. Segard's work explores the severe edges perpetuated by urban structures, free flowing contours of nature's invasion into these structures and the shared intimacy that grow into each other's spaces and claim each as its own.

In recognising characteristic paradoxes in the field of view through his work, Segard reflects upon ideas of violent ownership of nature and of encountering glaring blind-spots in our vision of the landscape and builds a thread of connections through sculptures, installations, works on paper, and paintings. A room is filled with drawings collages and watercolours that resemble a constellation of chairs that barely keep standing upright, aided with support, repair and reconstruction. Each of them seem to have been weathered by the flow of time, rendered useless and discarded by some, and adopted by others who find value in their residue. Much like portraits of a city or its people, these chairs still stand with resilience on the side of the roads, under the flyovers, on the rooftops and in the wastelands as evidence of a possible life in the insanity of a megacity.

Segard's close encounters with the city is revealed in an iterative body of sculptures—One stone, two houses, three ruins, four gravediggers, that punctuate the exhibition. The sculptures appear to stand at the crossroads of opposites and of anachronism, a space where great contradictions can be assembled and articulated, where a fierce instinct for survival and fragile balance of hope stand together. They refer to his interest in the night, revealing what is hardly visible during the day—a landscape of objects, small constructions and precarious settlements that ingeniously adapt themselves with their immediate surroundings, using a range of materials including wood, bone, plaster, stone and metal. At times, Segard works with the walls of the gallery, directly painting with soot, creating a hazy apocalyptic backdrop for his ongoing body of works on paper, Divide Construct Deconstruct in the shadows of the brutalist forms in the built urban environment.

A continuation of this interest is found in a large work Najafgarh using found and discarded materials from scavenging the city, creating a fragmented, dystopic landscape that creates an overwhelming experience, engulfing in its presence yet distancing itself with its cold and barren architecture. A series of three paintings Hexane, Heptane & Octane, named after three complex petroleum chemicals, throws at the perilous and volatile nature of his surroundings, juxtaposing figures and animal motifs together in a surreal abstraction of landscape painting.

A Second Coming is a fleeting glance into Segard's transient, haphazard and disruptive world, intuitive interpretation of what he sees around him, flirting with chance and play allowing a sideways view into our own environment.

Sign up to be among the first to know when new exhibitions by Julien Segard or at Experimenter open.