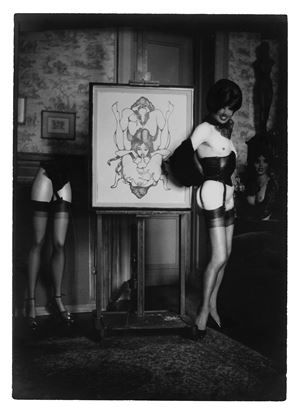 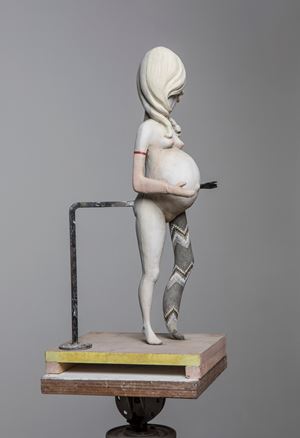 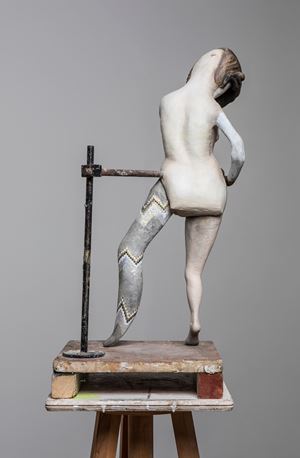 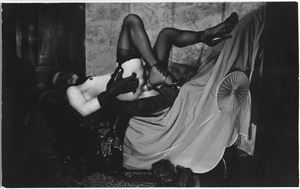 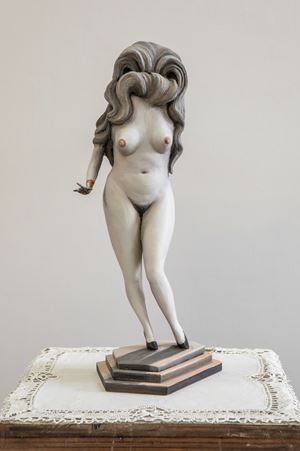 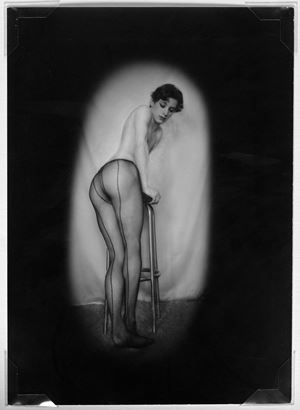 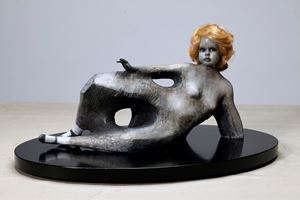 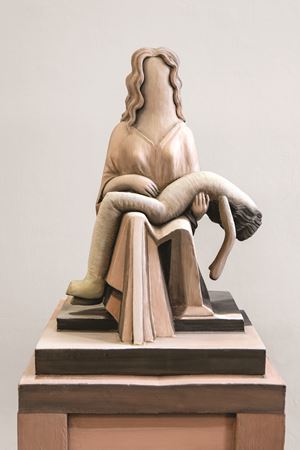 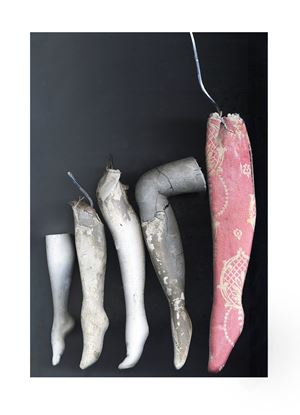 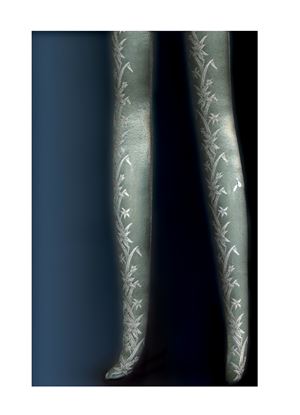 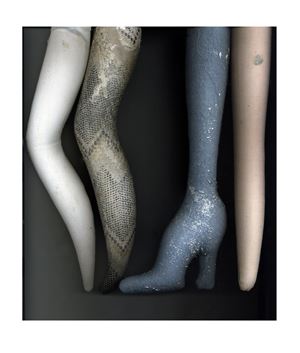 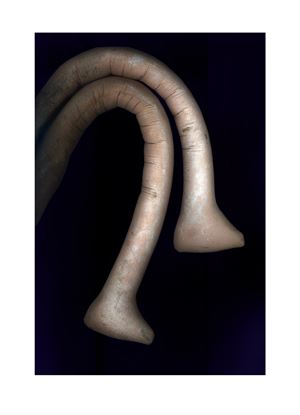 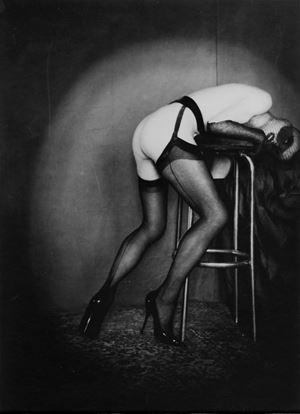 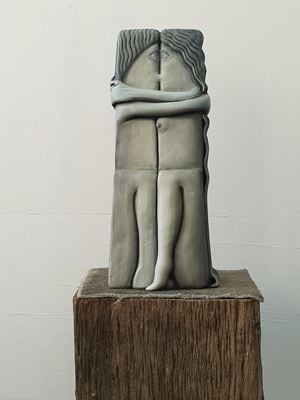 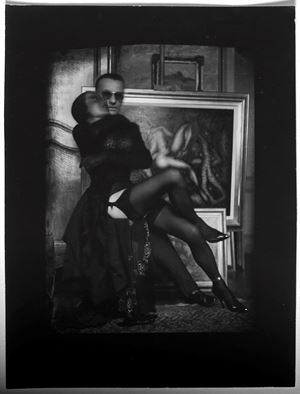 Karsten Schubert London is delighted to announce a joint presentation of Pierre Molinier (1900-1976) in conversation with Cathie Pilkington's contemporary response to the these 20th century photographs. Secreted away on the top floor of an 18th century Soho townhouse, the dimly lit, Dickensian setting of Room 2 offers a fitting backdrop for Molinier's photographs and Pilkington's response to them; her site-specific installation ambivalent in its artistic, religious, subjective and sexual dialogue with Molinier. Opening 14 February, to coincide with Saint Valentine's Day, The Covering will be the second exhibition hosted at the gallery's new viewing space, Room 2 at 44 Lexington Street, W1.

Karsten Schubert London has invited British sculptor and Royal Academician, Cathie Pilkington (b. 1968), to create a site-specific installation in response to Molinier's photographs within the Soho space. Pilkington is renowned for her use of doll and mannequin forms meticulously crafted in a variety of materials and incorporating ready-made elements. Informed by Surrealism, she utilises quotidian objects to unsettle and provoke, disrupting and recontextualising the everyday as a means of probing preconceived ideas around sexuality, gender and personhood. Pilkington's installation features an assortment of miscellaneous props and materials; blankets, mirrors and studio furniture. Included in the installation will be a rare of example of American artist Morton Bartlett's (1909-1992) lifelike plaster dolls, on loan from the David Roberts Collection, London.

The Covering: Cathie Pilkington and Pierre Molinier is accompanied by a catalogue published by Ridinghouse and featuring a new essay by art historian Neil Walton.

Cathie Pilkington is a London based sculptor and figurative artist. She studied BA Silversmithing at Edinburgh College of Art (1985-1991) and went on to study Sculpture at the Royal College of Art (1995-1997). Pilkington was awarded the Sunny Dupree Award for her work Reclining Doll.

Pilkington's practice unites the interrelated and antagonistic worlds of fine art and craft. Her sculptures often take on doll like forms, exploring the immediacy of figurative playthings. Pilkington had an exhibition The Value of the Paw at the V&A Museum of Childhood in 2012 and most recently an exhibition titled Working from Home at Pallant House Gallery in 2019. Her work is held in the collections of Pallant House Gallery, the Deste Foundation, Athens, Manchester City Art Gallery, Hunterian, Glasgow University, Omer Koc Collection and the David Roberts Art Foundation.

Sign up to be among the first to know when new exhibitions by Cathie Pilkington and Pierre Molinier or at Karsten Schubert London open.