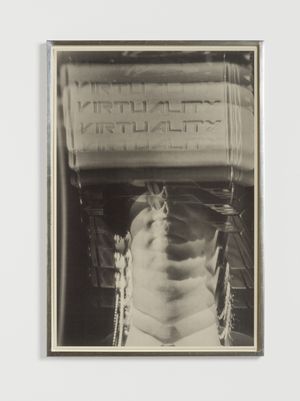 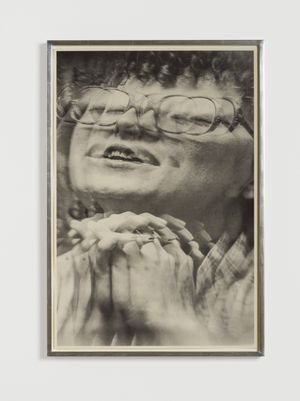 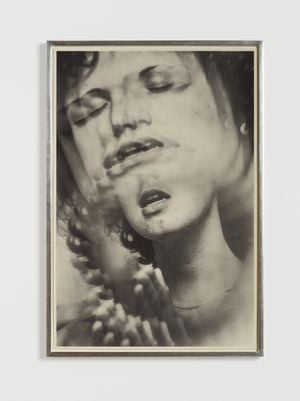 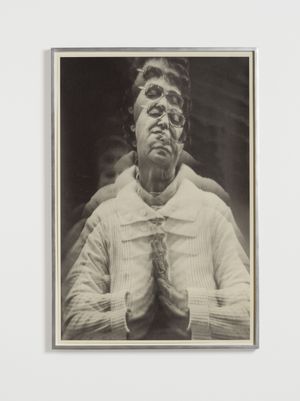 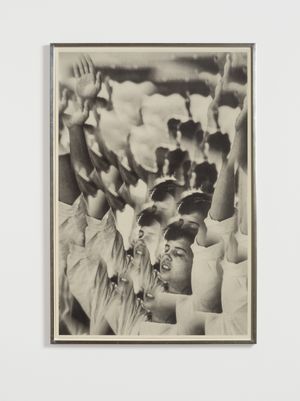 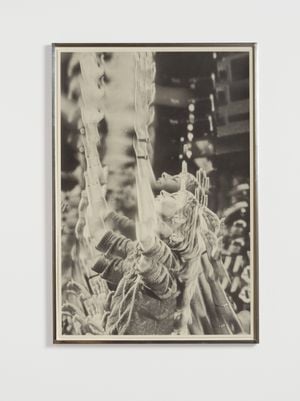 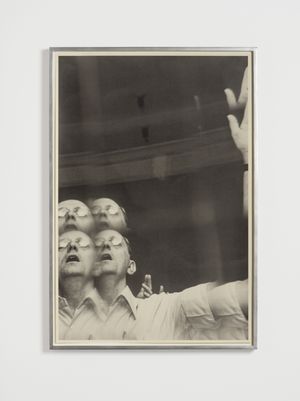 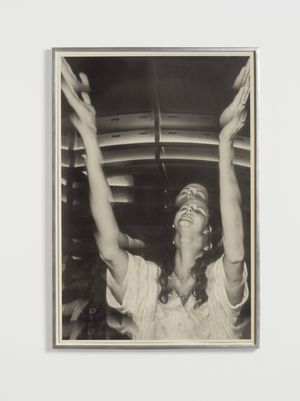 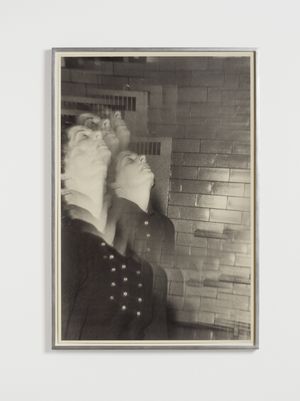 KÖNIG GALERIE is excited to present CATHARTIC ILLUSTRATION, a solo exhibition with works by Jeremy Shaw in the chapel of ST: AGNES.

CATHARTIC ILLUSTRATION presents a new body of silkscreen works by Jeremy Shaw. Using documentary images culled from newspaper archives, the subjects depicted in the prints appear to be experiencing an excessive spiritual, somatic or technological altered state of consciousness. They shake, quiver, spiral, strobe and stutter; the excessiveness of the effect is one of a vibration between the particular subject depicted and the generic subject of the camera's gaze—a gaze that can no longer find sobriety. It's unclear if the subjects are still alive, but they certainly haunt the present. The source photographs have been refracted in-camera through various effect lenses in the process of reshooting, skewing the subjects poses and proportions to illustrate a subjective experience upon which one can only speculate. Perhaps the distance produced by the artworks in time and space from the real human subjects depicted makes this the most effective way to photographically capture the state of catharsis.

There is an ambiguity between pleasure and horror when looking at the exploded figures. Rolled-back eyes reverberate in a feedback loop, mouths open ever wider to either ingest the world or eternally scream, arms extend freakishly upwards in a selfless act of praise or surrender to vicissitude. The viewer is immersed in a tripped-out portrait gallery that ranges in scale from the intimate, nearly life-sized to the shockingly monstrous.

The mediation of historical images by analogue means (no digital manipulation or output) in the tactile medium of silkscreen further obscures their date of production in a manner akin to Shaw's filmic works. He continues to tap into a lexicon of visual effects commonly used to illustrate psychedelic experience, spiritual ecstasy and hallucinatory madness (for subject represented and viewer alike). The parenthetical parts of the artworks' titles ('Emotional Audience', 'Teen Challenge', 'Impassioned Sermon') are taken from fragments of text found on the back side of the archival source photos—a corresponding newspaper clip or notes made by the original photographer themselves—and offer little evidence as to the primary date and location; the images remain suspended in time.

Although created in a medium that is effective for wide distribution, the screen prints of CATHARTIC ILLUSTRATION are produced as unique works of 1; could it be that these restless souls, whose only obstacle is never getting high enough, finally find a home in such an image and properly transcend to their desired utopias?

Jeremy Shaw (1977 North Vancouver, Canada) works in a variety of media to explore altered states and the cultural and scientific practices that aspire to map transcendental experience. Often combining and amplifying strategies of verité filmmaking, conceptual art, music video and scientific research, he creates a post-documentary space that complicates expectations of the moving image as a form of testimony. Shaw has had solo exhibitions at Centre Pompidou, Paris, MoMA PS1, New York, Schinkel Pavillon, Berlin, and MOCA, Toronto, and been featured in international surveys such as the 57th Venice Biennale, and Manifesta 11, Zurich. In 2016 he was awarded the Sobey Art Award and in 2018 was artist-in-residence at the Hammer Museum, Los Angeles. Works by Shaw are held in public collections worldwide including the Museum of Modern Art, New York, Centre Pompidou, Paris, and Tate Modern, London.

Sign up to be among the first to know when new exhibitions by Jeremy Shaw or at KÖNIG GALERIE open.
Sign UpLogin