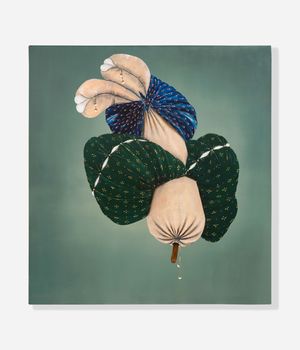 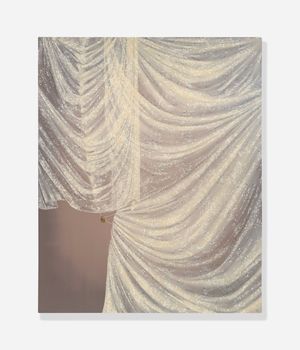 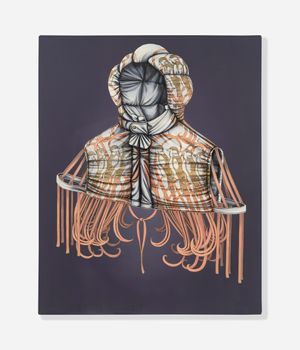 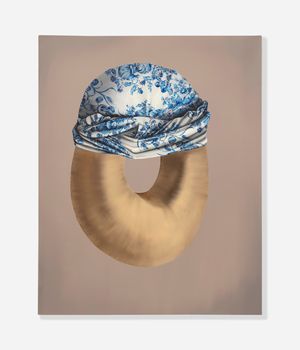 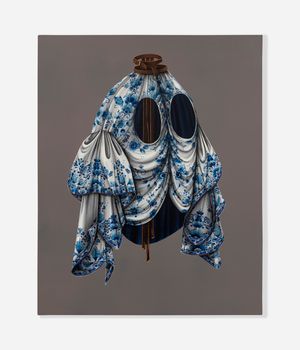 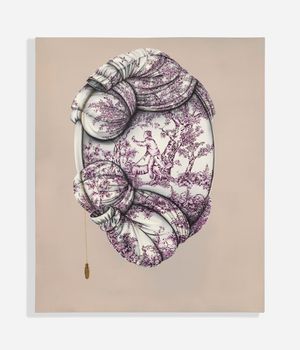 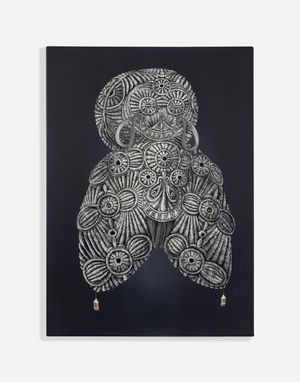 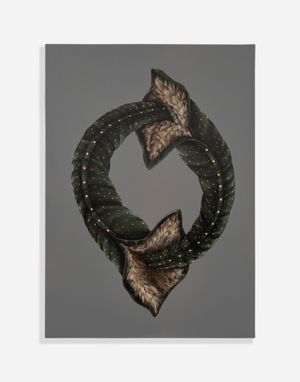 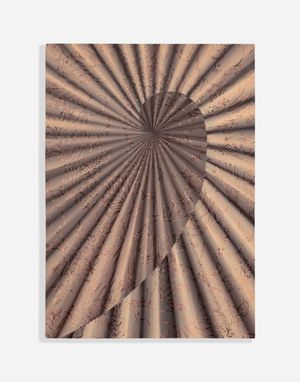 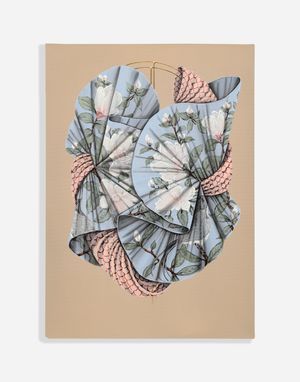 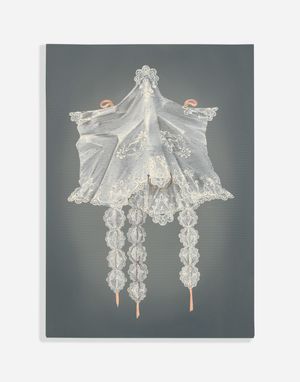 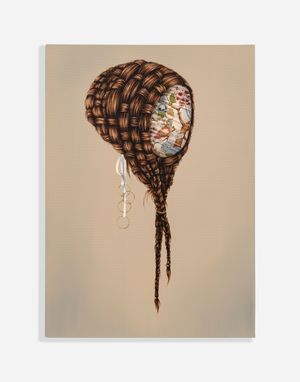 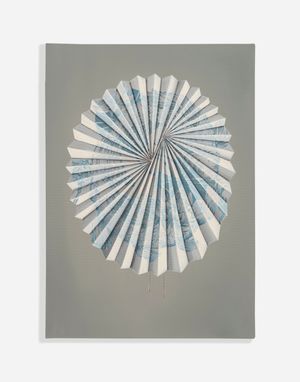 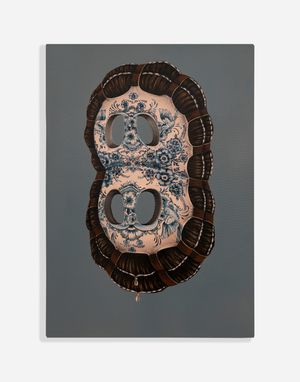 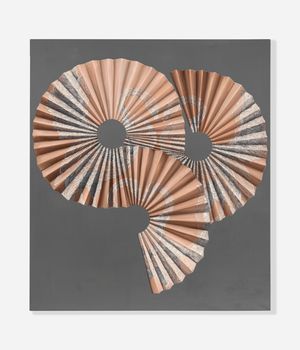 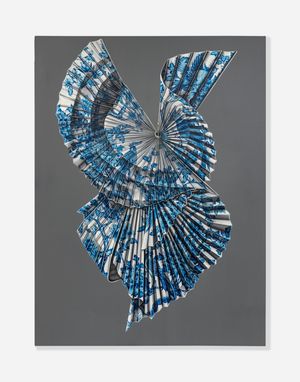 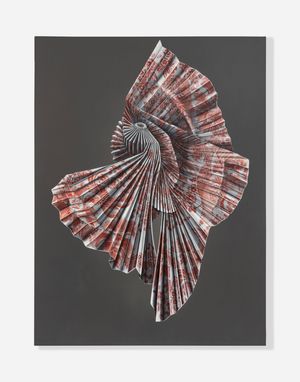 KÖNIG GALERIE is pleased to present FILO, the second solo exhibition of works by Mona Ardeleanu at Dessauer Straße.

Oscillating between the figurative and the abstract, Mona Ardeleanu's painted fabrics, laces, tassels or furs seem like mysterious objects with an uncanny three-dimensionality. The depicted patterns and drapes create an astonishing trompe-l'œil effect, while enforcing a sculptural physicality. In a way, Mona Ardeleanu's work is a true game of perception where distortions break up the surface, leaving the spectator both intrigued and curious.

In her latest series FILO Ardeleanu has refined the interplay of subtle references and secret hints. Only on a closer look does a white curtain reveal a pattern of little ghosts, bones and skulls. While 'curtain' in German means 'Vorhang', this work refers to the word 'Vorhängeschloss', a combination of curtain and lock—'Schloss'—which again can also mean castle, a hint to the ghosts within the work. The title for the show reveals yet another example of Ardeleanous multi-layered artistic process. In Italian 'Filo' stands for both the thread or wire and is also a term from the sport of fencing. In fencing, the filo describes a certain type of impact that is supposed to hit the opponent's blade by sliding along. Just as many small gestures will lead the viewer towards a deeper inside into Ardeleanu's art.

What seems exceptional is that Ardeleanu works without any preparatory sketches or models. Instead, she draws fully spontaneously, with great ease and an effortless brushstroke. However, the priming of the canvas can take up some time and preparation. Here, Ardeleanu aims to create a 'non-space', a neutral picture ground without any hints of dimension or the laws of physics. Working simultaneously on several paintings—sometimes up to 10 works at once—the artist begins with black and white colour and a rough idea of form in her mind. From here, decisions about composition, colour and form are made intuitively. This is the essence that Mona Ardeleanu describes as the freedom of painting.

Mona Ardeleanu (*1984 in Lörrach) lives and works in Stuttgart. She studied under Alexander Roob, Daniel Richter, Frank Ackermann and Karin Kneffel at the Staatlichen Akademie der Bildenden Künste in Stuttgart, Karlsruhe, Vienna and Munich. Her work has been shown in numerous institutional shows, including at the Deichtorhallen in Hamburg, at the Stuttgart Art Museum, the Marta Herford and the Kunsthalle Nürnberg. It is part of some major collections such as the collection of the State of Baden-Württemberg, of the Stuttgart Art Museum, the Marta Herford Collection, and the Würth Collection.

Sign up to be among the first to know when new exhibitions by Mona Ardeleanu or at KÖNIG GALERIE open.
Sign Up