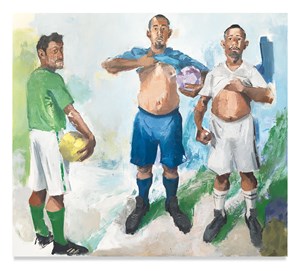 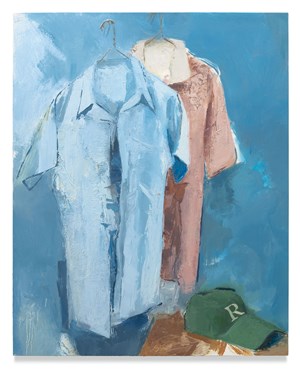 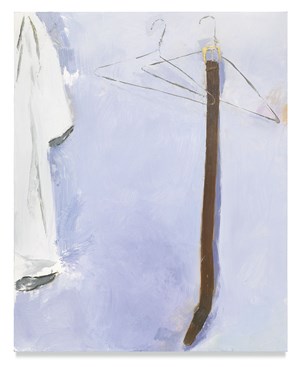 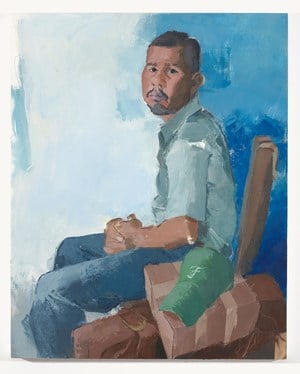 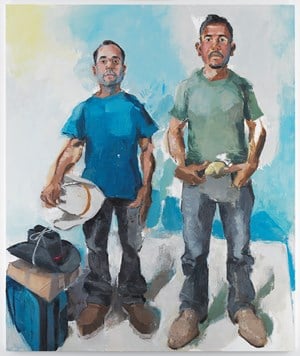 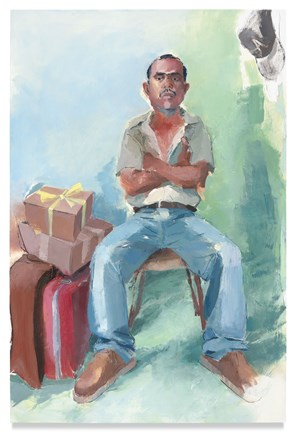 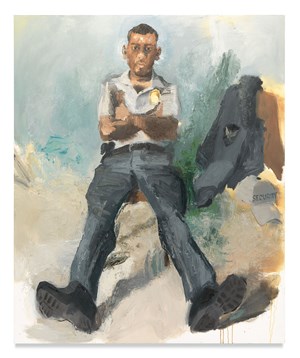 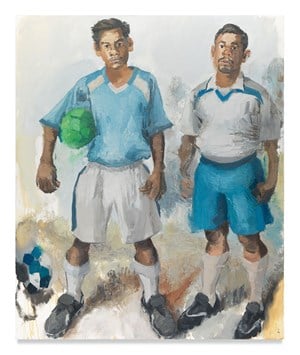 NEW YORK-MILES MCENERY GALLERY is pleased to present an exhibition of works by John Sonsini, on view 18 April through 24 May at 520 West 21st Street. A public reception will be held for the artist on Thursday 18 April from 6:00 to 8:00 p.m. The exhibition is accompanied by a fully illustrated publication featuring an essay by Marie Heilich.

Invigorated by expressive brush strokes and larger than life scale, John Sonsini's paintings of 'Los Angelenos'—Los Angeles Latinos—present a visceral take on portraiture. Widely known for his portraits of 'Day Workers,' the paintings in this current exhibition depict various sitters from the artist's Pico Union/Koreatown neighbourhood near to downtown Los Angeles.

Sonsini is less interested in an observational realism and more engaged with capturing a sensation of the sitter's presence through his unique handling of oil paint. In the artist's own words 'I paint men who I think are remarkable people, and I try to make the paint behave in a way that will convey that'.

In Sonsini's works, the sitters—usually single figures or small groups—are painted in the artist's Los Angeles studio in daily sessions until each painting is complete. Illuminated by solid, coloured backgrounds, the subject of the portrait is often accompanied by objects from daily life such as caps, suitcases, wallets, or soccer balls. The inclusion of these items in Sonsini's portraits are there to suggest, rather than to explicitly reveal, a sitter's narrative.

A similar form of inquiry is posed by Sonsini's still life works. In the absence of living figures, his evocatively painted objects—often items left behind by sitters—possess the curious ability to evoke their own narratives and create an intensely intriguing sense of presence through absence.

While his paintings, like all portraiture, can be viewed through a socially and politically oriented prism, Sonsini is most concerned with putting the psychological and emotional dynamic between himself and his sitters at the forefront. As Marie Heilich writes, 'Because Sonsini has had so many lived experiences with the sources of his imagery that a viewer seeing his work for the first time is not privy to, social contexts are ripe for invention or distortion. Nonetheless, Sonsini decidedly accepts every reaction to his work to allow viewers to uninterruptedly have the intellectual and emotional space to formulate their own point of view.'

There have always been multiple entry points for viewers to come to terms with John Sonsini's bravura portraits of single or multiple male subjects, most of whom are Mexican day laborers, and 'the age

Sign up to be among the first to know when new exhibitions by John Sonsini or at Miles McEnery Gallery open.
Sign UpLogin