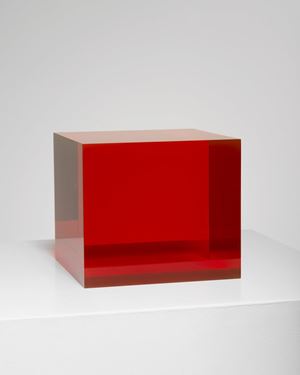 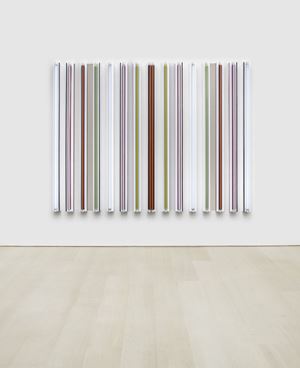 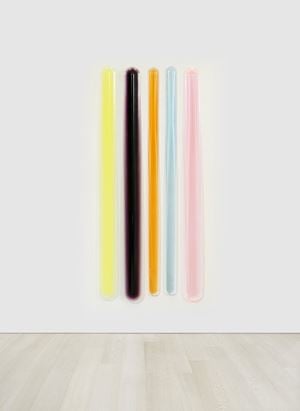 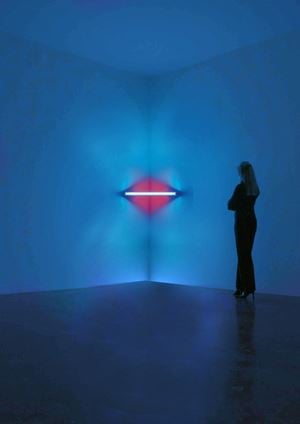 This exhibition took place at our previous Seoul location.

Bringing together a focused selection of works that employ light as their primary medium, Bending Light charts the evolving affinities between three California artists, Peter Alexander, Robert Irwin, and James Turrell, and their Minimalist contemporary on the East Coast, Dan Flavin. The exhibition presents recent works by these three key figures of the Light and Space movement, centred in Southern California beginning from the 1960s onward, in spatial and perceptual dialogue with a single 1984 installation by Flavin, a New York-based artist long recognized as central to the canon of Minimalism. The exhibition will be on view at Pace Gallery in Seoul, Korea, from June 5 to August 14.

Paying homage to the unwritten artistic exchange between California and New York in the 1960s and after, the exhibition presents cast urethane sculptures by Peter Alexander from 2019 alongside an 'unlit' fluorescent sculpture by Robert Irwin from the same year. Together, these works are juxtaposed with a 2018 installation by James Turrell embedded in the gallery wall nearby. The works by these three seminal Light and Space artists exist in dialogue with Dan Flavin’s 1984 light installation, installed in the far corner of the gallery with a single fluorescent tube projecting out into space. Each work illuminates and reflects the others around it—both literally and metaphorically—making visible the shared aesthetic concerns that circulated and cross-pollinated among artists on both coasts in the decades following the 1960s.

'New York certainly was the precedent that I was familiar with in the mid-Sixties,' recounts Peter Alexander in a 1995 interview, 'if for no other reason [than] that all the words come out of New York, for whatever they're worth.' Alexander’s skepticism toward words—his challenge of the authority of art criticism—is echoed in the work of Irwin and Turrell, but it also reflects an attitude consistent with Minimalists like Flavin, who were similarly concerned with the limits of language. Irwin remains famous for his dictum that 'seeing is forgetting the name of the thing one sees,' while Turrell has often compared the experience of his light-based works to an experience 'outside' or 'beyond' language. The perceptual experience generated by Flavin’s fluorescent installations is similarly description-defying.

Peter Alexander’s cast urethane sculptures refract light rather than emit it, yet their effect is equally phenomenological, resisting verbal description through a singular and beguiling visual presence. Suggesting liquid colour that has miraculously congealed into geometric solidity, his works arrest and cradle light within their nebulous interiors, re-emitting it in a mirage-like emanation that dissolves their otherwise hard edges. These prismatic objects are in many ways direct continuations of the artist’s breakthrough sculptures of the 1960s. Critics observed that those early resin works often seemed to capture the ephemeral quality of light particular to the Los Angeles skies—the saturated palette of smog embellished sunsets, or else the pale, cooler tones of coastal mists and clouds reflected in water.

The visual and phenomenal effects of water and light were always important to Alexander’s work, which he originally made using the same poured resin technique when fabricating surfboards—a somewhat defiant gesture on the artist’s part. 'Art was not made out of plastic in those days,' he explains. 'Art was made out of all the things that history has said art is made of. So one of the reasons why I liked plastic was that it was sort of anti-art, so to speak. . . I used to glaze surfboards [and] I remembered the resin in the bottom of the Dixie cup. That's how I got into the idea of casting the resin.'

In the mid-1960s, resins and plastics represented an exciting space-age material closely associated with the aeronautical and defense industries in Southern California, where James Turrell was raised by a father who worked as an aeronautical engineer. Turrell’s early exposure to aeronautics and aviation while growing up in Pasadena led him to obtain a pilot’s license by the age of sixteen. Later, his artistic practice became deeply informed by an experience he would come to call 'inhabiting the sky'—his term for the embodied sensory perception that one achieves when 'soaring' through the atmosphere while piloting small aircraft.

From 1967 onward, Turrell began creating artworks consisting entirely of light, projecting luminous shapes into and across space, eschewing even the modicum of material support offered by a bulb. Atlantis, Medium Rectangle Glass (2019) belongs to a series of works that represents the culmination of his lifelong interest in dematerialising the art object into an experience of pure luminosity, and in so doing capturing the chromatic wonder of the heavens. A luminous portal cut directly into the gallery wall, Turrell’s work brings about a shifting radiance suggestive of nothing so much as the changing celestial tapestry of the sky itself. For Turrell—a quaker—the use of light is also suggestive of the meditative, the revelatory, and the transcendental.

Since the 1950s, Robert Irwin’s work has continually reshaped the boundaries of what art can be, often by exploring how light can alter, extend, or manifest the fundamental conditions of human perception—what the artist has called the 'seemingly infinitely textured field of our presence in the world.' Belmont Shore (2018) belongs to a recent body of sculptural works involving vertical rows of 'unlit' fluorescent lights installed directly on the wall. The unlit bulbs are covered in transparent coloured gels, each fixture separated by alternating gaps of 'empty' wall, some painted in subtle shades of gray. Shadowed and reflected intervals of colour and blank space reverberate rhythmically in the viewer’s visual field, destabilising any sense of figure and ground—of what is tactile and what is merely optical, of flatness and volume, transparency and opacity, solidity and atmosphere—and dissolving the perceived border between object and environment.

Irwin’s innovative use of unlit bulbs arrives after decades of employing actual fluorescent light for its perceptual effects. Yet he and Flavin used fluorescence in their installations of the 1980s in radically different ways: for Irwin, light was a means to an end; for Flavin, it was an end in itself. Untitled (1984) is a tour-de-force among Flavin’s fluorescent installations of the mid-1980s—when the artist was working at the height of his powers—and is characteristic of his turn toward a more sumptuous quality in his later work. Light acts as a painterly presence, but also as a spatial and sculptural object, generating an illusory diamond-shaped glow on the corner behind it. Flavin’s work infuses the space with the richness of glowing saturated colour. Installed in proximity to Irwin’s unlit Belmont Shore (2018), made thirty-four years later, it uses light in precisely the opposite way. Flavin emanates light to produce an illusory object, while Irwin gathers ambient light to erase the objecthood of the work altogether, activating the environment of the room as a space of perceptual experience.

What links the artists in Bending Light is this harnessing and re-deploying of luminosity—whether ambient or generated by the work itself—not only as radiant material, but as a catalyst for contemplative and perceptual awareness. Both for canonical East Coast Minimalists like Flavin and for the Light and Space artists who emerged from the California scene around the same time, the phenomenal and experiential quality of light could never be fully reduced to language: it represented an absolute and pure form of presence, the most basic and minimal quality of visibility that preceded linguistic or conceptual explanation. If words could never be entirely avoided, they would nevertheless exist at a radical remove, trailing far behind the direct experience of the work itself.

21 new artworks have recently been added by Pace Gallery.
Sign up now to be among the first to know when new artworks are added.