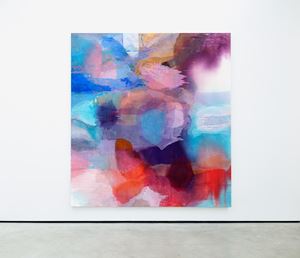 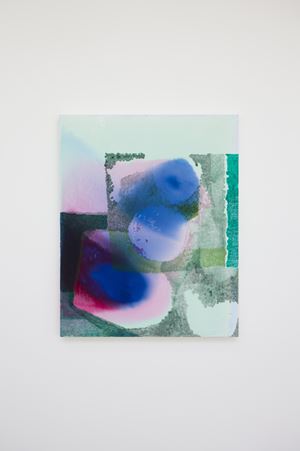 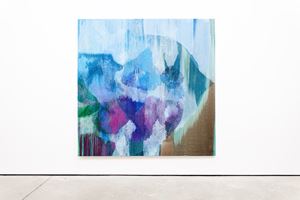 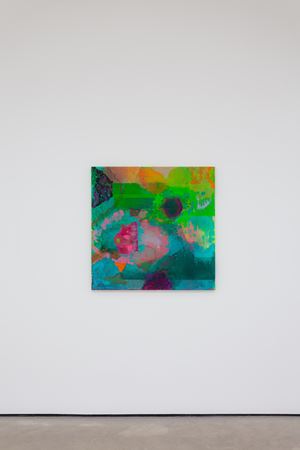 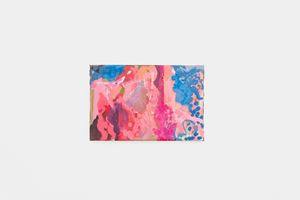 Morton's works are tantalising, the audience is led to believe they are seeing what they think but the visual representation and physical experience is re-evaluated as figures and forms are brought in and out of focus, a combination of growth and desiccation. Within Morton's deft handling of material, correlations between music and colour become evident as repetition, rhythm and balance are built up through gestural marks, with the paintings themselves creating compositions akin to musical composition.

The paintings shift and dance, like light reflecting in a pot hole of water, and this interaction of colour and form is reminiscent of the fleeting encounters and intense memories of personal narrative, one aspect of the artist's stimuli; resulting in the viewer being plunged into the rich depths of the work, only to be pulled back out again. Morton's visual language allows her to convey memory of place and time as it truly is: a nonlinear accumulation of imagery and forms that fragment and morph over time. The paintings are at once a celebration of its limitations and possibilities.

Victoria Morton (b. 1971, Glasgow) lives and works in Glasgow and Fossombrone, Italy. Morton studied at the The Glasgow School of Art, graduating with a BA (Hons) in Painting in 1993, and with an MFA in 1995.

In October 2017, The Perse School Cambridge installed Morton's completed tapestry, which was gun tufted over 8 and a half months based on one of her paintings. In 2018 she undertook a short residency at Hospitalfield, Arbroath, which further developed her musical interests as part of her wider practice. Morton is currently working with Hospitalfield on a new textile commission for Hospitalfields' new accommodation building as part of their Future Plan capital development.

Sign up to be among the first to know when new exhibitions by Victoria Morton or at The Modern Institute open.