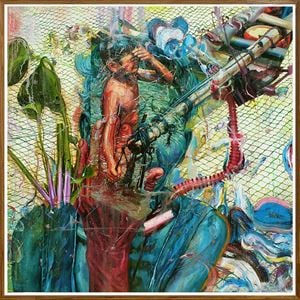 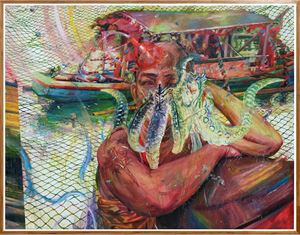 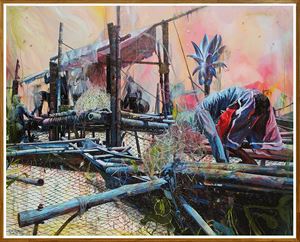 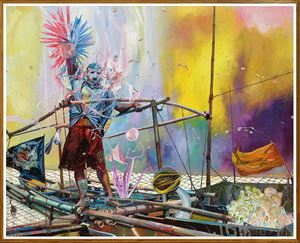 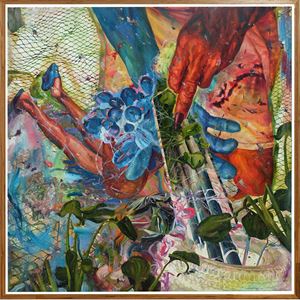 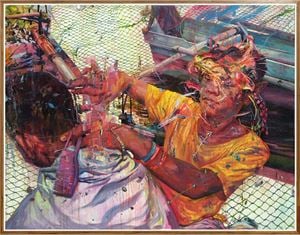 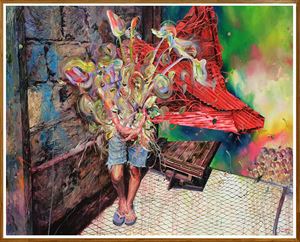 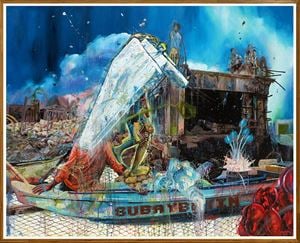 Culibrina presents a new suite of works this January in conjunction with Singapore Art Week to kick-start the year. The pieces feature the distinct iridescent depiction of waterside communities seen in his most recent works, this time inspired by the rainbow-like colour formations on water surfaces following an oil spill. In Rainbow Spill, he continues to portray similar scenes — a combination of fisherfolks, boats, aquatic flora, and the entire assortment of trash dumped in the waters. In this riot of juxtaposition and layering, the human figures seem to transform into monstrous creatures, mutating perhaps as a result of the harsh and toxic condition created by man's harmful intervention with the natural environment. Appropriating an object from the fishing community's material culture to suggest something symbolic, he lays nets to fill the voids in the compositions, implying the trap that humanity has succumbed to in its quest to pursue progress and development at the expense of nature. 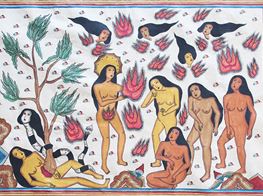 Sign up to be among the first to know when new exhibitions by Ronson Culibrina or at Yavuz Gallery open.