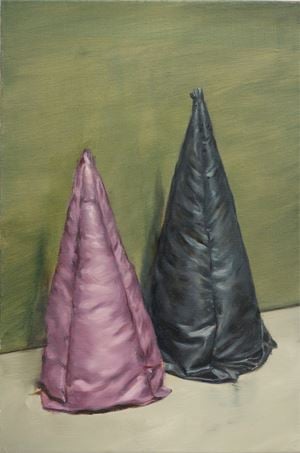 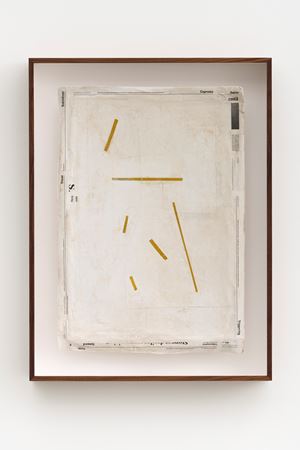 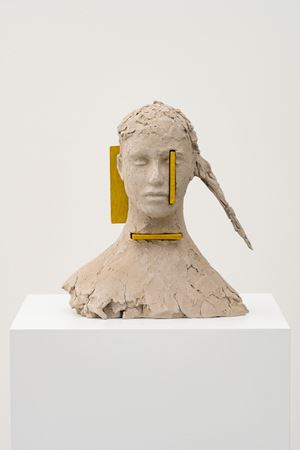 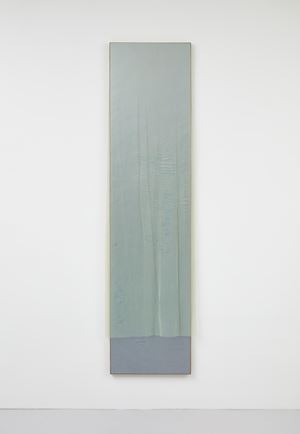 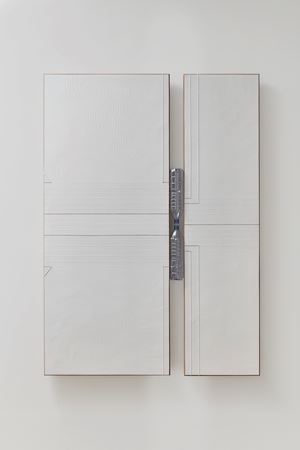 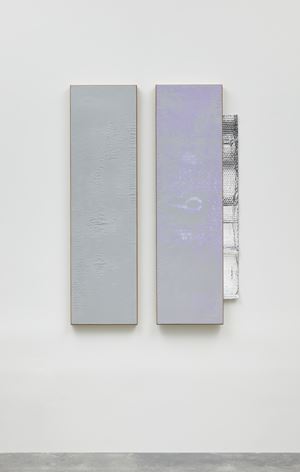 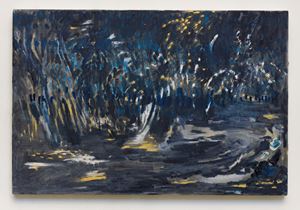 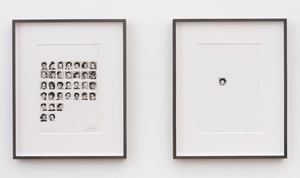 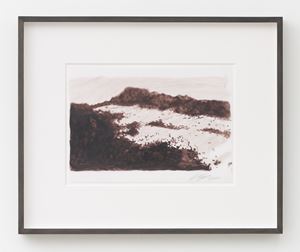 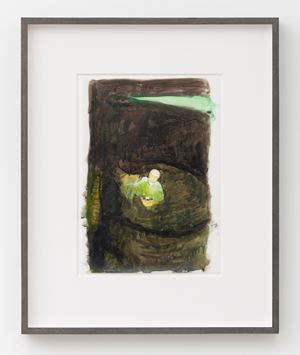 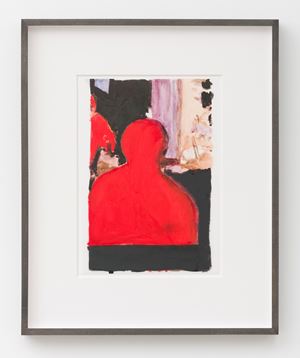 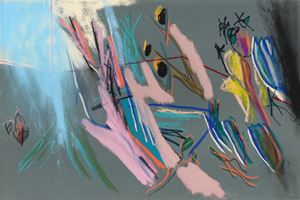 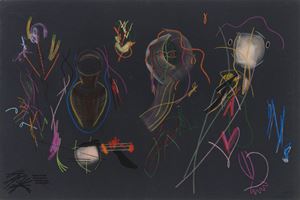 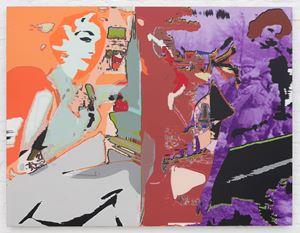 Our virtual booth presents several new works by N. Dash, Luc Tuymans, Mark Manders and Anne-Mie Van Kerckhoven. Our presentation will also include a new painting by Marina Rheingantz and a work by Michaël Borremans from his most recent series.

The diptych Käthe Grüsse by Luc Tuymans is based on a model of dolls produced by the Germany company Käthe Kruse, the gender of which could be switched from male to female by changing its hairstyle. The eponymous painting dates from 1990. Mountains II seems to depict a particular landscape, but in reality it is based on a model made by the artist himself, consisting of aluminium foil and heaps of potting soil. A new solo show at Zeno X Gallery is planned for May 2021.

Marina Rheingantz's paintings are inspired by the vast Brazilian landscape of her youth–including the traces of industrialism and modernity. In 2021 she will have a solo exhibition at the FRAC Auvergne museum in Clermont-Ferrand. A new solo show at the gallery is planned for March 2021.

N. Dash created two new works especially for the fair. Her works emphasize the primacy of touch and could be understood as idiosyncratic recording devices upon which information, both immaterial and physical passes from the artist's hands and is indexed onto the tabula rasa of cloth.

The sculpture and the work on paper by Mark Manders, both titled Composition with Yellow, show the endless possibilities of one single idea. In the sculpture the yellow horizontals and verticals add tension to the otherwise placid expression of the figure, while in the work on paper, the yellow bars create an image balancing between abstraction and figuration. The specific yellow colour refers to De Stijl. Manders currently has duo exhibition with Michaël Borremans at the 21st Century Museum of Contemporary Art in Kanazawa, Japan. In 2021, he will have a solo show at the Museum of Contemporary Art in Tokyo, Japan, as well as a new solo show at Zeno X Gallery celebrating 25 years of collaboration.

Michaël Borremans currently has a solo show at the gallery entitled Coloured Cones. The painting Purple & Blue Cone is part of the same series. Both the manner of presentation of the cones and the choice of satin point to the tradition of Western portrait painting. By projecting the codes of the genre onto the soulless cone figures, a tension arises not only between subject and object, but also between reality and abstraction. Michaël Borremans currently has a duo exhibition with Mark Manders at the 21st Century Museum of Contemporary Art in Kanazawa, Japan.

Since the early eighties Anne-Mie Van Kerckhoven has been prolific in her output of drawings, paintings, collages, video and digital works. A straightforward female tone prevails in most of her works, which is also the case for Tranen, Vleugels, Dromen which could be translated as 'Tears, Wings, Dreams'. Her work is currently on view at WIELS in the exhibition Risquons-Tout, curated by Dirk Snauwaert.

On December 4th, we invite you to join us for a virtual tour of our current Coloured Cones exhibition. For more information about this event and registration, please click here.