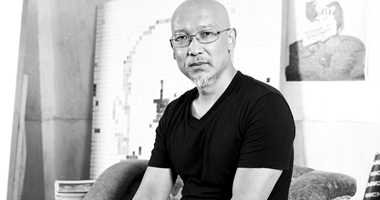 Writings on Zhang Enli’s work often focus on his subtle depictions of humanity and solitude. His early works revolve around the unavoidable transformation of the way of life, disturbance and the suffocating pressure that ensues, often threatening displacement. He sites dislocation as a primary condition of life, using it as a constructive backbone for a narrative praxis. Tales of permanent loss and subsequent retrieval are returned to the social and public realms to be tested for their potential to define contemporary conditions in the metropolis. Zhang Enli creates both a comforting and uncomfortable consciousness of presence. He illuminates the underside of society and his bold and unpretentious brushstrokes often reveal the grotesquerie of contemporary civilization. He portrays details from ordinary objects that are often neglected or downplayed in conventional painting. His brushstrokes come close to traditional Chinese ink painting where every stroke on the canvas articulates parts that are significant to the whole.

Zhang Enli's mode of engagement entails photographically documenting his close environment. He then employs the photographs’ claim on the real to develop his observation of his surroundings, though in a more intuitive and fragmented manner on the canvas. The circuitous route by which Zhang Enli comes to the image is typical of a methodology based on the experience of memory. It is not the repeated image that is central to each painting, but rather the process of reflecting on the events and objects that led him to it. Accordingly, in his paintings of trees, only fragments are revealed to the spectator. As in his other work, these paintings come across as 'un-finished' because they are semi-transparent and leave some of the white canvas exposed. This can be understood as the emergence of reality in the sphere of art, or, perhaps, vice versa.

View All (9)
Ocula Feature UCCA Edge Launches in Shanghai with Homage to 2000 By Hutch Wilco, Shanghai

For those not always in their midst in Beijing, Shanghai, Hong Kong, Singapore or elsewhere in Asia, Art Basel Hong Kong is an annual chance to visit galleries whose programs don’t always reach beyond the region. Magician Space (booth 1C27), whose Beijing location has just doubled in size, will show nine artists with a slant towards...

In the last exhibition to occupy the Great Hall in 2014, the Ullens Center for Contemporary Art (UCCA) collaborates with esteemed furniture-retailer RedStar Macalline to present groundbreaking work from twelve international artists that redefine the notion of “home” while exploring themes of dwelling and existence. The...

Confident, charming and dapper in a salmon pink blazer and chinos, Adrian Cheng weaves dexterously through the milling crowd in the VIP lounge at Art Basel Hong Kong to greet me before sitting down to explain the genesis of his latest curated art project — Chinese painter Zhang Enli’s first solo exhibition in Hong Kong,“Space...

Zhang Enli walks us through his exhibition at Xavier Hufkens, Brussels (6 September–19 October 2019).

Xavier Hufkens is delighted to announce the representation of leading Chinese artist Zhang Enli (b. 1965) and his inaugural exhibition with the gallery. In this presentation, the varied facets of the artist's erudite and lyrical practice are brought to the fore in a thoughtful and representative selection of works spanning both gallery spaces.

Sign up to be notified when new artworks and exhibitions by Zhang Enli are added to Ocula.
Sign UpLogin