The election result was undecided late Wednesday US time, though Joe Biden appeared to be leading.

Aliyah Sidqe for When We All Vote.

Voter turnout in the closely fought United States presidential race is predicted to surpass all presidential elections since 1900, before women had the right to vote, according to The Washington Post. The result was achieved in the face of attempts to delegitimise mail-in and early voting, and a national resurgence of the pandemic.

In the weeks before the election, artists stepped up to help turn out the vote on social media and through organised campaigns.

Late Wednesday night in the United States the election result was not yet decided, though Democratic Party candidate Joe Biden appeared to be in the lead.

Kayla Mahaffey for When We All Vote.

Whoever loses the election will be memorialised in Nina Katchadourian's Monument to the Unelected (2008–ongoing), a collection of failed election campaign billboards exhibited simultaneously in galleries, on private lawns, and outside other venues such as the Roots Community Health Center in Oakland. An edition of the work is currently showing at Pace Gallery, New York, until 12 December 2020.

'Monument to the Unelected has never had the kind of activity around it that it has this election cycle,' Katchadourian told Artnet News. 'I think it indicates how tense this election is, and how much people have had elections on their mind, as well as the question around the peaceful transition of power following an election.'

The threat of civil unrest is also being felt by galleries. Hauser & Wirth boarded up the windows of its Manhattan gallery on Tuesday. —[O] 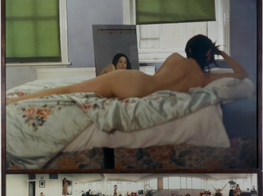 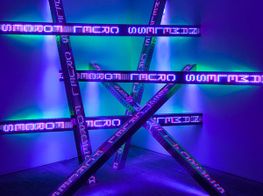 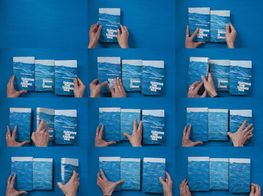 Nina Katchadourian's playful yet earnest explorations of social structures and relationships in her art practice often develop into ongoing projects that consist of smaller series of works. Networks and Relationships Several of Nina