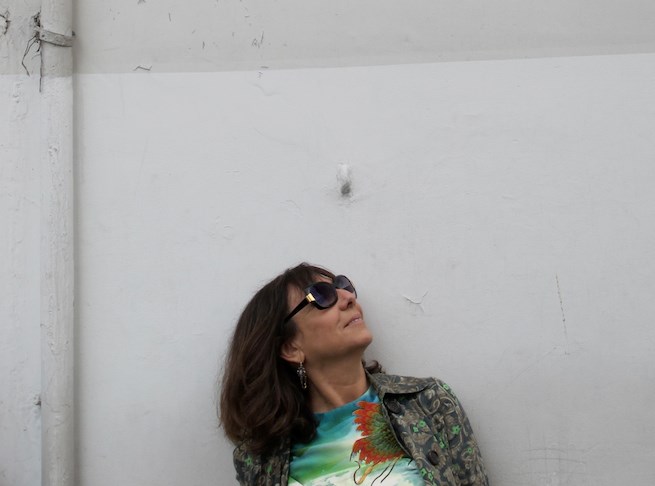 Born in Paris in 1953, the French conceptual artist Sophie Calle has spent much of her 30-year career portraying the rituals of modern life, particularly those relating to private moments, stripped bare by her narrative skill.

(1979) which arose from a situation where the artist followed a stranger she had met at a party in Paris to Venice, documenting his movements in a story accompanied by a series of black and white photographs. In Address Book (1983), Calle published a series of 28 articles in the French daily newspaper Libération based on information she had accumulated by calling the people listed in an address book she had found on the street.  Her portrait of the owner, a man she had never met, was created on the basis of conversations with the friends willing to describe him. More recently, Calle’s Take Care of Yourself shown at the 2007 Venice Biennale was based on the last line of a message her ex-partner had written to her as he left their romantic relationship. Calle asked numerous women to analyse the line in an attempt to understand it and come to terms with the emotional devastation it unleashed. 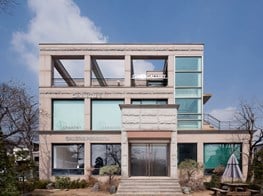 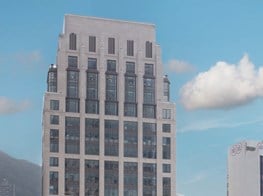 Calle’s first solo exhibition in China at Galerie Perrotin includes Unfinished where she interrogates bank tellers about how they interact with money and also interviews customers at the ATM, asking them about what they are thinking while making their transactions. The work builds on her original Cash Machine (1988) project from 1988 where images of customers at an American bank provide a compelling view of daily banking activities. The Galerie Perrotin exhibition also features two new works; Suicide: a poignant commentary on the difference between people who drown themselves for love or money, and Secret, comprising two safes each containing a secret related to Calle by the separate partners. The standout piece, however, is Calle’s series Voir la mer with a collection of video portraits presenting the poignant reaction of Istanbul residents as they view the sea for the first time.

How would you define yourself as an artist?

I am an artist trying to provocate through different situations, to use them as a tool in order to make a work of art. Sometimes it is through using life and text or images. I have a tendency to work with quite arbitrary situations.

Many of your works examine private situations like people handling their money when they think no one else is watching. Do you deliberately seek out to be provocative with the works you select?

I don't think so. For me these are banal situations. My mother dies, a man leaves me: there is nothing extraordinary or different about these things that happen to many people. I don't have a particular feeling that I want to shock anyone. On the contrary, when I was asking blind people about their memory of the last time they saw something I was very afraid that it would be a cruel thing to do. That was, until I asked the first blind person and for him it was so natural a question I realised that it was provocative for people who could see but not for the blind themselves.

What part of the work excites you the most – coming up with an idea or the execution of it?

The very beginning of the idea is the most exciting for me. Finding a shape for it is very exciting because you realise an idea can become something that can stand on a wall and take on a life. I have many ideas but for many of those there will be no answer and I won’t ever have a feeling that it will work.

Your approach appears almost anthropological in how you examine social norms. Do you see your work as a commentary on society or culture?

I don’t do any of my work for sociological reasons. I do it for artistic reasons. In the same way I don't do things for therapeutic reasons but sometimes it happens to have a side effect that is therapeutic. That is the cherry but not the motor. The wall is the motor for me; I want to create something that talks to people as art or poetry; that can stand on a wall as art. 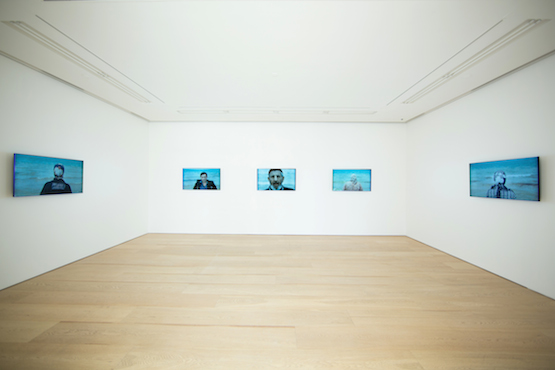 You’ve worked with video, photography and text—which is your favourite medium?

It depends on the project. For Voir la mer it had to be video in order to capture the look of the people and their sadness. Photography would have been too restrictive. There is also no text as I realised that words were not necessary.

It was an interesting twist that you gave people private time to look at the sea before they turned to face the camera.

If I had been in front of them it would have been like reality television. You see it all through their eyes when they turn around so you don't want to watch their eyes as they see it for themselves. It was so moving to be behind them. I could see every detail in their back, in their movement. I was watching the sea with them. There was more emotion from their back than seeing them face on.

What is the greatest challenge facing your work as an artist?

It is to go on. The biggest challenge is to keep doing things and keep excited about what I do and have good ideas. When I create I look for an idea, I don't search for anything else.

Do your ideas come to you suddenly or emerge slowly?

There is no rule. Everything everywhere can be an idea. The idea of people looking at the sea came in one minute from reading the newspaper. With Unfinished it was 16 years before I found the shape while Take care of yourself took one day. Finding the idea is the start but after that, to make it is something else. For example, I realised that with Unfinished it was the impossibility of finding an idea that was the story. The real story was my failure so failure became the subject.

How do you record your ideas?

I have a notebook or sometimes I tape it, whatever I have with me at the time.

You’ve been sued and many of your projects have generated considerable public controversy. What was your most challenging project?

Each one had its own elements. Take care of yourself had many difficult elements to it but The address book was the most violent to make. No sex last night was the most difficult because the man I loved didn't talk to me but we still had to make a movie together. We had to understand what each other thought while the relationship was a disaster but we had to stay together for the project.

Secret is difficult too because it is asking a couple to each put a secret in a separate safe and keep the secrets within reach. It also includes a legal contract describing when it is or is not a work of art and takes care of what happens if one of the couple dies or if I die. Ideally I will find a couple and I will close the safes and they will live with the frustration and game.

Is an image more powerful than words?

No. I work with text and images so it depends on the project.  Often text is more important and images just complement it. For Unfinished it was the image that took on an importance but in many situations the text is the living part and I fill it with an image.  I work more on the text than on the images. Ten lines can take me six months because I am more careful with the text.

To what extent does your exhibition at Galerie Perrotin reflect the Hong Kong location?

Every artist plays with the space and context and here yes, the people watching the sea in my videos are facing the sea in Hong Kong.  My projects about money, well, you can answer that yourself. —[O] 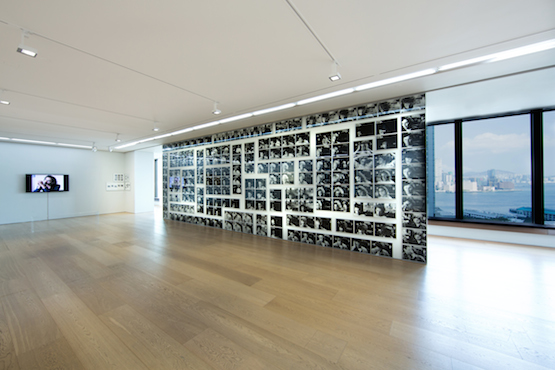 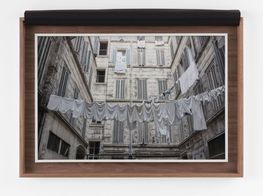 The French conceptual artist Sophie Calle is now considered as one of the most important artists of our time. Since the late 1970’s she has been active as a photographer, combining text, image and conceptual installations. Her work 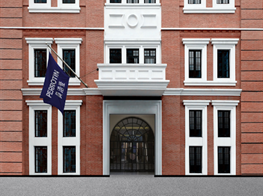 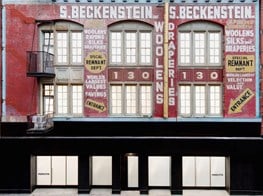 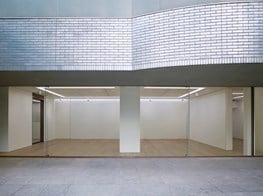 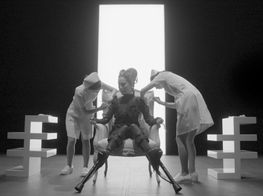 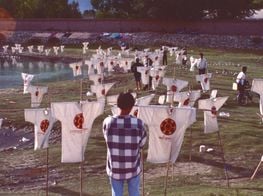 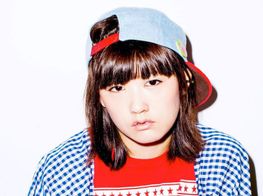 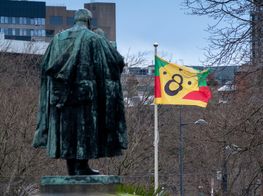 The 11th Liverpool Biennial hooks into the city's role in the transatlantic slave trade, bringing the past into the present in an expansive exhibition.