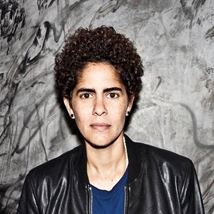 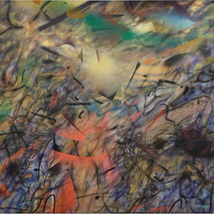 Mehretu was born in 1970 in Addis Ababa, Ethiopia. When the country's sociopolitical situation began to deteriorate following the 1974 revolution, her family moved to the United States, where Mehretu earned a BA degree from Kalamazoo College and an MFA from the Rhode Island School of Design in 1997. As a global citizen aware of what it means to be an artist today, Mehretu says painting is about negotiating who she is and where she finds herself.

Mehretu begins her paintings by collecting news photographs of public gatherings, protests, natural disasters, and other global events. Using a computer, she collages and manipulates the images beyond recognition before airbrushing them onto canvas in a process she refers to as 'melting'. From there, the images are overlaid with ink, acrylic paint, architectural drawings, and gestural marks.

Even when the original news images are obscured, Julie Mehretu believes their distilled essence imbues the paintings with a level of deep resonance. This method of mediating images represents, she says, how 'history is made: one layer on top of another, erasing itself, consuming itself, inventing something else from the same thing.'

The results of these processes vary greatly from work to work. The intersecting lines and smudges of black pigment in Cairo (2013), for example, resemble a Chinese landscape painting, while the bold washes of colour and scrawls on the surface of Conjured Parts (eye), Ferguson (2016) evoke a kinetic crowd of figures. Like those works' titles suggest, protest and revolution are particular areas of interest to Mehretu, particularly given her family's migration in the 1970s. Exhibited as part of the 2019 Venice Biennale May You Live In Interesting Times, Julie Mehretu's series 'Mogamma (A Painting in Four Parts)' (2011–2012) was inspired by the 2011 Egyptian revolution.

Citing opacity and abstraction as the core of her practice, Mehretu told Ocula Magazine that she considers abstraction as a place 'where one can invent other images or possibilities. It's not about delineating or defining some concrete political perspective, or some directive on how to understand things, or even a historical narrative. It's about the collision of all those things—the uncertainty and murmurings of all that.' Mehretu argues for the right of artists—especially 'Black artists or artists of colour, who are expected to explain who they are and to tell the world their perspectives'—to work in a opaque way that denies reductive categorisation.

Recently, Mehretu has largely dropped rigorous architectural drawings from her repertoire, and turned toward a pictorial blurriness that represents the cognitive confusion of our times. Emerging from this shift, her solo exhibition about the space of half an hour at Marian Goodman Gallery in New York (2020) featured works that were made during the COVID-19 pandemic.

The works presented in about the space of half an hour were also inspired by the notion of the 'calm before the storm', as Mehretu described to Ocula Magazine in a 2020 conversation. In the photogravure and aquatint work Slouching Towards Bethlehem: Third Seal (R 6:5) (2020), areas of filmy light and shadow behind layers of black scrawls create the illusion of a blurred photograph just out of sight.

Mehretu's work is widely collected by international institutions. Since 2019, a survey of over 70 works has travelled to the Los Angeles County Museum of Art, the High Museum of Art in Atlanta, The Whitney Museum of American Art in New York, and the Walker Art Center in Minneapolis. Along with Paul Pfeiffer and Lawrence Chua, Mehretu is a co-founder of interdisciplinary arts organisation Denniston Hill.

In 2005, Mehretu received a MacArthur Fellowship, and she was named of one Time Magazine's 100 Most Influential People of 2020. She lives and works in New York. 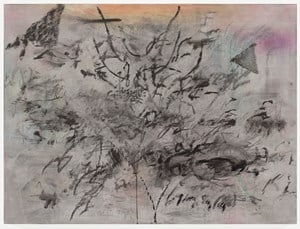 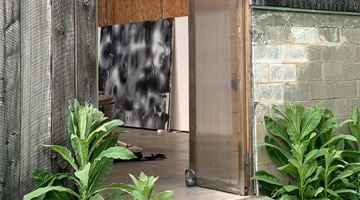 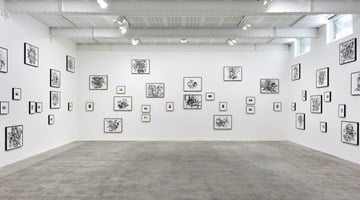 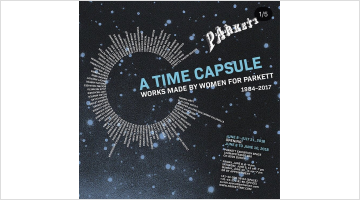 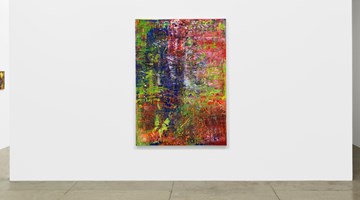 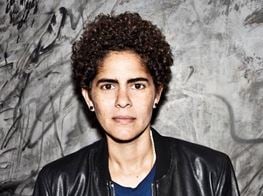 Julie Mehretu discusses the evolution of her approach to abstraction, using marks and blurs to decentre ways of looking. 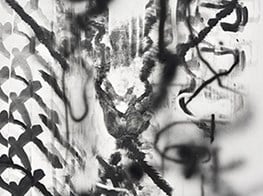 Julie Mehretu has never shied away from making art on a monumental scale. In 2016–17, the Ethiopian-American artist relocated her studio to an abandoned church in Harlem to complete the enormous paintings that comprised her commission for the San Francisco Museum of Modern Art, HOWL, eon (I, II) (2017). 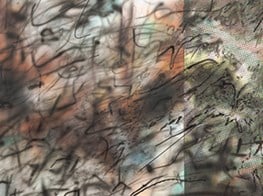 On the occasion of her current exhibition at Kettle's Yard, Julie Mehretu spoke with me about her work from the past two decades. The images she has been creating during this time, in the form of paintings and drawings, consider the world we live in today through references to cities, architectural sites, geo-political events, and histories. She... 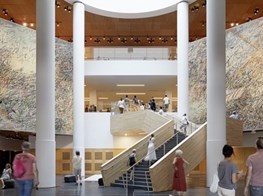 In her latest work, HOWL, eon (I, II) (2017), commissioned by the San Francisco Museum of Modern Art, Mehretu set out to explore the vast landscapes and violent history of the American West. The two paintings now hang in SFMOMA's lobby, accessible to the public free of charge. Mehretu worked on the vast canvases flanking the museum's stairway... 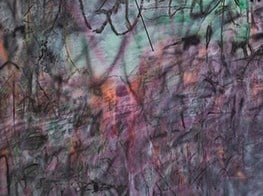 At first glance, the paintings on the walls may not look all that different from what Julie Mehretu has done before. There are the marks, the layering, the allusions to current events. But walking through her show, which opened last week at Marian Goodman Gallery on West 57th Street, Ms. Mehretu said that the paintings represent something of a...

Sign up to be notified when new artworks and exhibitions by Julie Mehretu are added to Ocula.