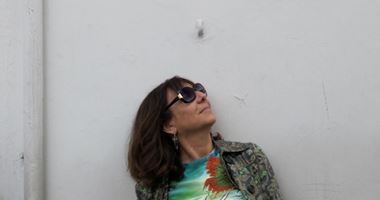 The French conceptual artist Sophie Calle is now considered as one of the most important artists of our time. Since the late 1970’s she has been active as a photographer, combining text, image and conceptual installations. Her work amounts to a systematic laying bare of reality, whether it be her own or other people's, with a limited portion left to chance. Absence of others is a central theme in her work. However Calle’s own existence plays an important role in her works. The documentary manner in which she presents her work suggests a high degree of factualness.

Calle grapples with modes of perception and identification by portraying life in all its diversity, handing over all the problems and questions to the viewer – and thereby, closing the loop, back to life itself – to find the answers. Her works are distinguished by the directness of her formal approach, her narrative skill, the conceptual enrichment they undergo over the course of their creation, and their power to draw in the observer with all his or her abilities and experiences. The uncertainty expressed in her works is what makes them so compelling.

“She uses photography in unique ways – no one else works with photography / text in this outstandingly original way – and she is a constant source of inspiration to younger generations of conceptually working artists.” - Hasselblad Foundation, 2011

Sophie Calle has gained international reputation through participating extensively for close to thirty years in major solo and group exhibitions and Biennials. She was invited to be the official representative of France at the 2007 Venice Biennial. Her project for Venice, Prenez soin de vous was later exhibited again at the Bibliothèque National de France, Richelieu, Paris (2008), at the Museum of Modern Art of Bahia, Salvador and SESC Pompeia, São Paulo, both Brazil (2009). Further solo exhibitions in 2009 were staged at the Royal Academy of Arts, London, the Musée des Beaux-Arts, Bruxelles, the Whitechapel Gallery, London (travelling to De Pont–Museum of Contemporary Art, Tilburg, The Netherland and Louisiana Museum, Copenhagen, Denmark, in 2010).

A mid-career survey exhibition was showcased at Ludwig Forum für Internationale Kunst, Aachen, Germany (2005), the Irish Museum of Modern Art, Dublin, the Martin-Gropius-Bau, Berlin (both 2004), and the Centre Pompidou, Paris (2003). In 2010 she received the Hasselblad Award.

Ocula Feature A Supermarket of Images Tracks the ‘Iconomy’ of Online Pictures By Hutch Wilco, Beijing

Born in Paris in 1953, the French conceptual artist Sophie Calle has spent much of her 30-year career portraying the rituals of modern life, particularly those relating to private moments, stripped bare by her narrative skill.  Calle’s projects vary widely from video documentaries to writing stories. Noteworthy works include...

The wide eyes and open mouth of a child are a reminder that, even at art fairs, there is still space for the occasional moment of wonder. The girl has good taste: she's enthralled by Endless (2012), a sculpture by Claire Morgan at the FIAC booth of Galerie Karsten Greve. A three-dimensional grid of dead flies has been suspended in mid-air on...

The French artist Sophie Calle's work almost always satisfies my basic requirements: that art has something to look at plus something to think about. She has worked across many media, but image, text and performance, often sub rosa, remain her principal instruments. She shows how dramatically viewer engagement and depth of content may vary when...

Spring has sprung—and with it a fresh crop of public and outdoor art projects across New York. This is a special year for such work as it is the 40th anniversary of the Public Art Fund, a non-profit body founded in 1977 by Doris C. Freedman—New York's first director of cultural affairs—with the aim of turning the city into an...

Sophie Calle, who is often called France's most famous conceptual artist, and is at the very least its most consistently intrepid, has made a career out of investigating the unseemly and overlooked corners of life: death, obsession, things that have been left behind, people who have been forgotten. In her newest project—in collaboration with...

Sign up to be notified when new artworks and exhibitions by Sophie Calle are added to Ocula.
Sign UpLogin