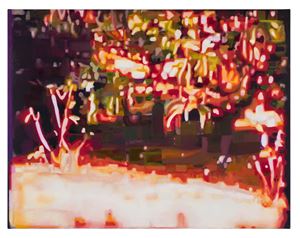 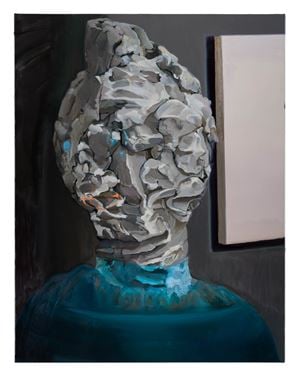 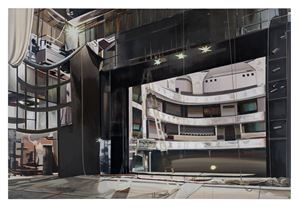 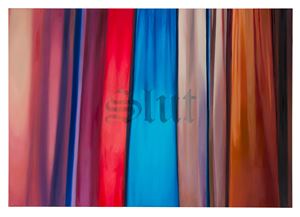 Andréhn-Schiptjenko is happy to present The Veil, Kristina Jansson’s first exhibition at the Paris venue, and her third with the gallery. The exhibition will open on Thursday June 25 2020 from 2pm.

For Kristina Jansson the narrative constitutes both the conceptual and thematic engine of her work. She consistently returns to the question of what she as a painter can create with a medium already so burdened, what does one actually do when creating a painted image?

It is never only an image as it exists in a borderland between image and material, in the friction of pretending and alluding to something illustrative when in fact the subversive, the sensualism of the material, is a barrier between the apparent and something unknown. The spectator allows himself to be fooled but is also surprised.

Jansson’s paintings are a heightened way of seeing, an intuitive understanding that you in fact both look and experience at the same time. Her grand and ambiguous works often deal with the images’ emblematic relationship to human undercurrents and desires, such as, money, power and lust. She is also preoccupied with architectural space, perception and memory using the painting as a visually seductive construction.

Painting is not an image, but rather the friction between image and material. The materiality detracts it from imagery, photography. The painter works in that space, within that friction. The painting, whatever it wants to depict will remain a jumble between image and the way the material transmits its content. To me a painting is never an innocent object. To me it’s undead, active and it looks back at you.

The Veil can be interpreted in numerous ways, in a literal way as in how the curtain at a theatre determines what we can see and when, but also as a metaphor for that which is not immediately visible, although we think we know it. A painting can be conceived as being reality rather than an image of reality. This aspect is enhanced in our time as we are so imprinted by the photographic image, all images being filtered through conventions, expectations, filters, editors and social media, that a painting in a way always appears to be incomprehensible and strange from where it observes us.

The Royal Institute of Art, Stockholm, from where she graduated in 2001. has been widely exhibited both in Sweden and abroad and she is one of Sweden’s most acclaimed painters. Recent solo-exhibitions include Värmlands Konstmuseum (2020), Norrtälje Konsthall (2018) and Borås Konstmusuem (2015) among others.

Sign up to be among the first to know when new exhibitions by Kristina Jansson or at Andréhn-Schiptjenko open.
Sign UpLogin