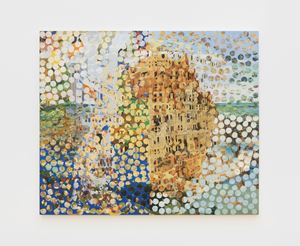 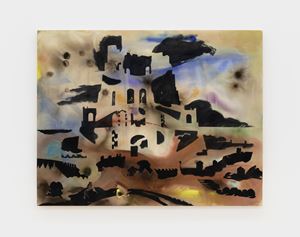 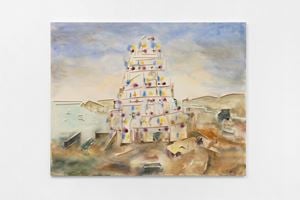 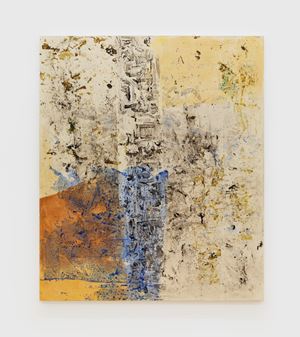 Pádraig TimoneyNot To Put Too Fine A Point On It... 5, 2019Indian ink and rabbitskin glue on canvas
Andrew Kreps Gallery Contact Gallery 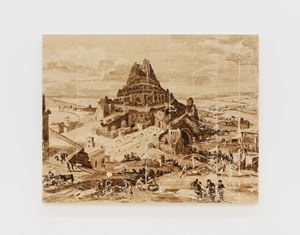 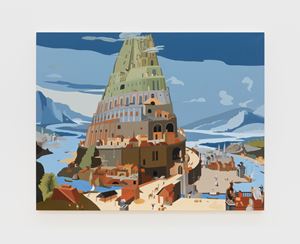 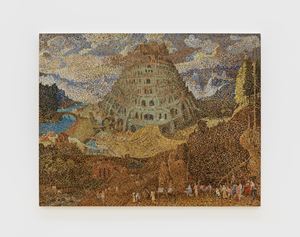 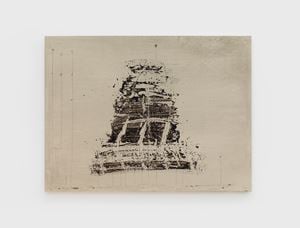 Andrew Kreps Gallery is pleased to announce A Silver Key Can Open An Iron Lock Somewhere, an exhibition of new works by Pádraig Timoney, the Irish artist's fifth exhibition with the gallery.

​At the core of Timoney's practice is an ongoing inquiry into the mechanics of image-making-each canvas represents its own investigation into the ways images are constructed, or reconstructed through painting. Resisting a singular style, Timoney's works are instead united in approach; each painting aims to seamlessly connect a chosen image with both material and process. Often inventing new processes as a result, the works function as an index or record of decisions made, while revelling in the shortcomings in the medium itself. By including the errors of translation and the faultiness of recognition, abstraction and figuration never seem too far apart, often appearing on the verge of collapsing into one another. Through these divergent modes, his exhibitions in turn document a specific duration of time and research in the studio, rather than a traditional artistic thesis.

For the first time, Timoney has created a new series of paintings depicting a shared subject, the tower of Babel. Each titled Not To Put Too Fine A Point On It, the works quickly blur the line between subject and subject matter as the origin myth finds parallels to Timoney's own practice. Attempting to explain the creation of disparate linguistic models, the tower relays the story of a unified people with the goal of building a structure capable of reaching the heavens that were subsequently punished by the creation of a multitude of new languages and the resulting inability to communicate and understand. However, Timoney does not see these languages as barriers, but instead a generative opening in the pursuit of something larger.

Drawing on historical depictions of the tower of Babel, primarily Pieter Bruegel the Elder's 16th-century representation of the origin myth, and the fascination with the subject that followed in Dutch and Flemish painting, Timoney executes each work using a different style or process from his own vernacular. Ranging from the shaping of the image from its negative space, the manipulation of paint using photographic developer, to the addition of sculptural elements on the canvas' surface, the works collectively address Timoney's interest in historicity, and how this can be expanded to have resonance in the present and future. Simultaneously, the works attempt at representation ties them further to the myth's narrative and more broadly to the artist's own practice-that the goal itself is a wider understanding of artistic practice, and its making, language, poetics, and politics are all tools to be used in this pursuit.

A Silver Key Can Open An Iron Lock Somewhere

Sign up to be among the first to know when new exhibitions by Pádraig Timoney or at Andrew Kreps Gallery open.