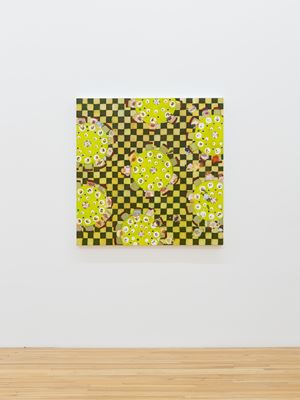 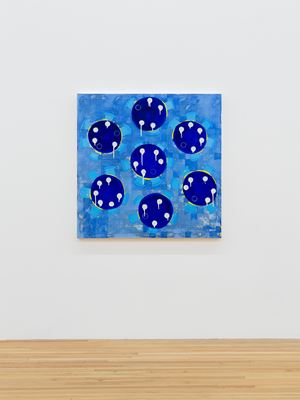 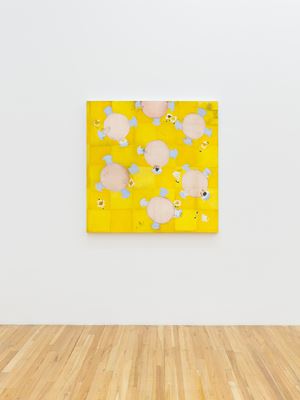 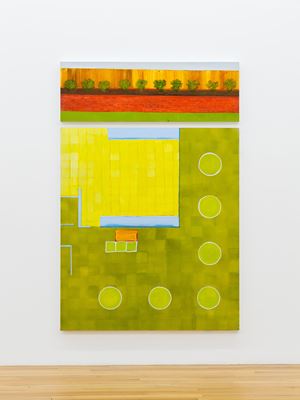 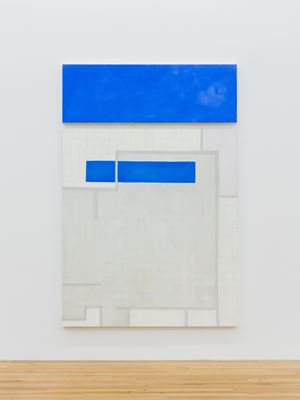 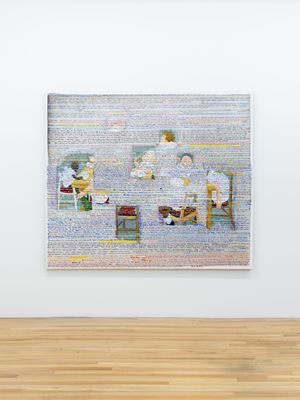 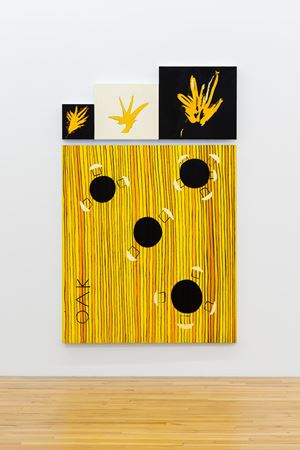 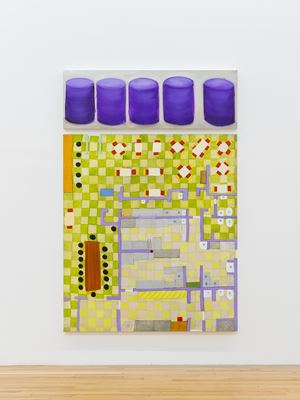 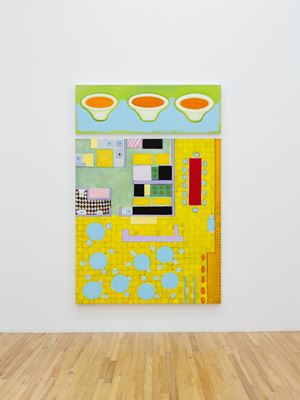 Andrew Kreps Gallery is excited to reopen its 22 Cortlandt Alley location to the public with an exhibition of works by the Los Angeles-based artist Kim Dingle, titled Restaurant Mandalas.

Kim Dingle began her series of restaurant paintings in the mid-2000s when the artist opened and operated a full-service restaurant, 'Fatty’s' in her Eagle Rock, Los Angeles studio. Conceived of nearly accidentally, beginning with Dingle and her partner making coffee for themselves, it quickly expanded to serve the neighbourhood, with Dingle working as the 'Director of Wine and Janitorials'. These paintings documented Dingle’s experiences in restaurant work—daily routines from food preparation to maintenance and cleaning. A parallel for the artist’s own life, these works show the overwhelming conditions that led the artist to close the restaurant, which ran for over a decade, after a 'last supper'. Dingle’s restaurant mandala series, which is at the core of the forthcoming exhibition at the gallery, was started in 2008 in Dingle’s backroom studio. Dingle imposed the traditional, meditative form of the mandala, onto the restaurant floorplan, as an attempt to reclaim the repetitive nature of service as a therapeutic exercise. Revisited and completed this year, the resulting works blur the distinction between the role of a server and the role of the artist, while also utilising the restaurant floorplan on abstract terms to explore colour and form.

Sign up to be among the first to know when new exhibitions by Kim Dingle or at Andrew Kreps Gallery open.