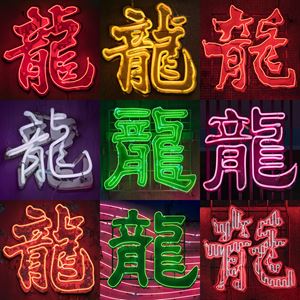 Traditional Chinese characters is one of man's historical languages still in use, we are so lucky to be surrounded visually by this ancient text in such a hyper-modern city. The signs are genuine works of art, combining the techniques by man, time and the elements. I decided to capture this with my camera. As I am fascinated with the artform of Chinese calligraphy, I had the idea of combining different characters together in order to create poems, to build meaning by collaging characters photographed in different places and made using various materials.
– Romain Jacquet-Lagrèze, 2019

City Poetry 城市詩意 is Romain Jacquet-Lagrèze's most personal project to date, a photographic exercise that shows the artist further deepening his roots in Hong Kong and Cantonese culture. How might a photographer approach learning a language? Through photography of course. Jacquet-Lagrèze set himself the task of documenting visually striking street signs and took them home where his wife would help to translate, slowly enabling him to decipher the characters that adorn this city's streets. As his archive grew so did his knowledge, forming sentences with photographs of individual characters results in poems that are both visual and linguistic. His relationship to his wife as they welcome their first baby echoes as he takes his first steps in the local language; celebrating the action of sharing culture and the joy that comes from learning a language.

Hong Kong is one of the last places in Asia where traditional characters are still in daily use, we are literally surrounded by ancient text that harks back to the Han Dynasty of the 5th century. Modern street signs derive from the art form of calligraphy and 'City Poetry' shows different typographies and mediums, such as painted, neons, metal, tile and concrete work. The project also highlights the craftsmanship that goes into street sign making in various states from pristine to total decay, as digitally printed signs and LED slowly take over. Each form has its Masters who have become local heroes, the last one's standing with few young people learning their trade. Whether it's the last few neon sign Masters or the last stencil maker - the recent increased attention won't keep them alive but it will help us to admire it whilst it lasts.

The young artist that brought us The Blue Moment and Concrete Stories, surprises us once again with cohesive and unique body of work that takes the cliche topic of Hong Kong street signs and grounds it in his thorough approach and then takes it to another level as it embraces the poetic. 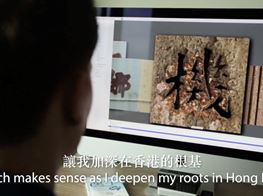 City Poetry 城市詩意 is Romain Jacquet-Lagrèze's most personal project to date, a photographic exercise that shows the artist further deepening his roots in Hong Kong and Cantonese culture. Jacquet-Lagrèze set himself the task of documenting visually striking street signs and took them home where his wife would help to translate, slowly enabling him... 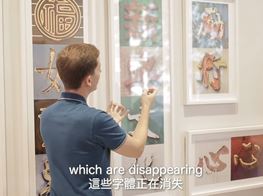 Sign up to be among the first to know when new exhibitions by Romain Jacquet Lagreze or at Blue Lotus Gallery open.