Lewis’ figurative, mural-scale works are explicitly influenced by the symbolic conventions and compositional drama of Medieval and Renaissance painting, wherein the plane is dominated by the dynamic intertwining of bodies and punctuated by emblematic tokens of sin, virtue and status.

This is combined with the artist’s personal encounters and acute eye for the everyday human dramas that play out in the urban environments he frequents, and filtered through a distinct authorial subject position as a white, gay male of working-class upbringing possessing the satirical, good-natured-but-brutal sense of humour that characterizes much British creative output 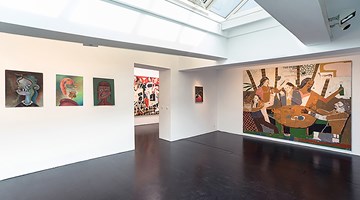 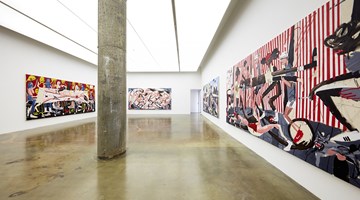 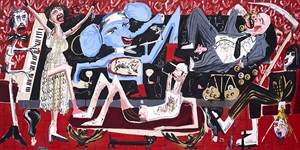 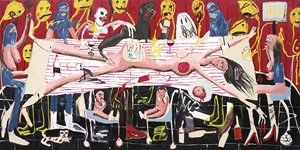