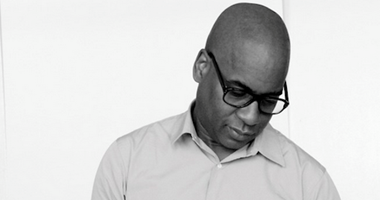 Glenn Ligon is an artist based in New York City who employs painting, sculpture, neon, photography, installation and digital media in his work. He is also a writer and exhibition curator. His work focuses not only on his own experiences of being a gay, African-American man, but on the broader perceptions and representations of blackness and homosexuality in contemporary and historical American society and culture. Ligon is credited as one of the originators of the term 'Post-Black', which emerged in discussion with Thelma Golden and came to public attention in Freestyle, an exhibition Golden curated at The Studio Museum in Harlem in 2001, and which at its core is the philosophy of artists who, though they are engaged with issues of blackness, work to avoid being seen as simply black artists.

As an artist fascinated by networks of cultural meanings, Ligon often uses text in his work. Among his best-known works are the text-based paintings that he began making in the late 1980s, in which he stencils fragments of racially charged text in oil stick on canvas or paper. These have quoted sources as different as the comedian Richard Pryor and Ralph Ellison, author of Invisible Man. Ligon's neon works are also text-based and include Warm Broad Glow (2005), which features Gertrude Stein's phrase 'negro sunshine', and A Small Band (2015), which quotes the words, 'blues', 'blood' and 'bruise' from composer Steve Reich's 1966 piece, Come Out.

Ligon's tendency to quote other artists' work has led him into the domain of exhibition curation, first with Encounters and Collisions at Nottingham Contemporary in Nottingham, England in 2015, and also in Blue Black at the Pulitzer Arts Foundation in St Louis in 2017.

Ligon's public profile was boosted by a successful 2011 retrospective AMERICA, which was staged at the Whitney Museum of American Art, New York, and then toured to the Los Angeles County Museum of Art and the Modern Art Museum of Fort Worth. His work is in the permanent collections of major museums across the United States.

Three decades after Andy Warhol's death, he remains one of America's most provocative artists. His influence on popular culture is so pervasive that each emerging art movement after him has had to gra

There is something utterly majestic about block letters — even more so at a staggering height of 12 feet. Such is the case of the letters 'IM' in the painting "Invisible Man (after Ralph Ellison)" (2

Glenn Ligon, one of the US's most prominent and punchy artists, has taken his art in a new stylistic direction in his first solo show in Italy. The artist—who is best known for his text-based paintin

Sign up to be notified when new artworks and exhibitions by Glenn Ligon are added to Ocula.
Sign Up Login