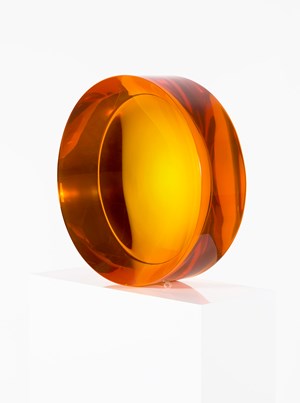 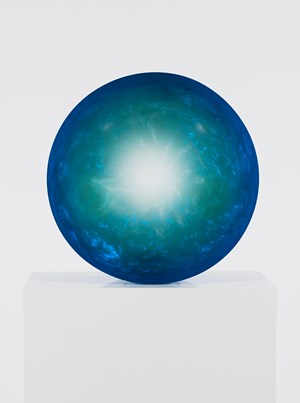 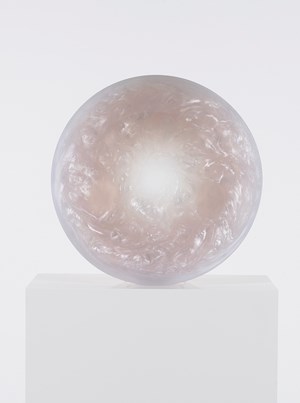 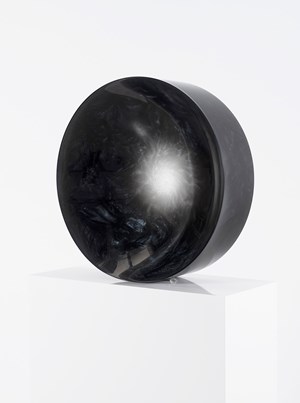 David Kordansky Gallery is pleased to announce Chromospheres, its first exhibition by Fred Eversley. The show of new sculptures will open on January 12 and remain on view through March 2, 2019. An opening reception will take place on Saturday, January 12 from 6:00pm until 8:00pm.

Based in Venice Beach for five decades, Fred Eversley is a key figure in the development of contemporary art from Los Angeles during the postwar period. His work is the product of a pioneering vision attuned to enduring principles of energy, motion, space, gravity, time, light, and colour, and synthesises elements from several 20th-century art historical lineages with roots in Southern California—most notably the Light and Space movement, with which he has long been associated. Chromospheres will feature the latest examples of Eversley's iconic 'Parabolic Lens' sculptures, an ongoing typology that is the result of continuous experimentation over the course of five decades. Made using clear resin and commercial dyes, these objects generate complex and highly luminous optical events for their viewers, encapsulating the mechanics of sight and the action of physical and metaphysical energies.

After formative experiences as an aerospace engineer, Eversley began in the late 1960s to produce multicolour, multilayer cast polyester sculptures informed by his knowledge of technology, scientific principles, the properties of various materials and his ability to develop his own specialised tools to manipulate them. Spinning liquid resin and dyes in moulds affixed to turntables fashioned from lathes, potter's wheels, and repurposed industrial machinery, he produced sculptures that in turn initiated a focused yet open-ended body of work that continues to the present day.

By adjusting the saturation of his dyes or pigments, the thickness of each layer of poured resin, the amount of catalyst responsible for eventually hardening it, and the speed at which he spins the mould, Eversley creates the Parabolic Lenses, disc-like objects that contain a wide variety of chromatic effects and varying degrees of transparency. These features only fully emerge after each sculpture undergoes a long polishing process whose technical and physical demands far exceed those of the casting itself.

All works of this type are defined by the parabolic curvature, on one side, of a concave surface, which reflects the spaces in which they are installed and creates ever-changing spatial illusions. (Eversley has often remarked that the parabola is the only shape that focuses all forms of energy toward a single point.) As light interacts with the sculpture, the sharp surface edge refracts it like a prism, each of the curved layers of colour comes into focus, and viewers are given a new, constantly shifting experience of discovery that depends on their angle of approach. The world around them is transformed within: flipped upside down, its proportions distorted, and suffused with rich colour.

Eversley has described his Parabolic Lenses as kinetic sculptures, though the motion to which he refers is the movement of viewers' bodies and the corresponding variations in their perceptions of light and reflection. The intentionality of composition that makes such movement possible and invites natural, often instant, engagement by the observer, distinguishes his work from many of the West Coast minimalists who have been his peers and neighbours over the last five decades. Though he has produced large-scale works for a variety of contexts, Eversley does not privilege monumentality or imposing forms. Rather, he calls attention to universal forces responsible for moving and arranging light and matter, ephemeral atmospheric effects (including the sun's interactions with sky and sea), and the formal poetry created when ineffable workings of the eye and mind are given formal expression.

Eversley's singularity of purpose nonetheless results in sculptures that demonstrate a wide range of compositional variation. This can perhaps be observed most readily in his use of colour. The earliest Parabolic Lenses all contained the same order and combination of blue, amber, and violet; he achieved a range of effects by varying only the speed at which he spun his moulds, as well as the proportions of resin and dye concentrations. While some of the works on view in Chromospheres shift the old colour combination into new orders, others are radiant two- and three-colour lenses that make use of the entire colour spectrum. Also on view are monochromatic lenses so saturated or dark that they appear to be completely opaque mirrors. In its own way, each of these works demonstrates how Eversley reveals fundamental properties of energy by harnessing time, gravity and centrifugal force to create parabolic forms and distribute colour and matter within them. As the artist points out, 'The genesis of energy is central to the mystery of our existence as animate beings in an inanimate universe. The original and ultimate source of all energy on earth is the sun. My early sculptures were directly influenced by the solar energy source; my new works take this theme deeper and beyond to the colours of the stars, which we can not see, but only imagine.'

Sign up to be among the first to know when new exhibitions by Fred Eversley or at David Kordansky Gallery open.
Sign UpLogin