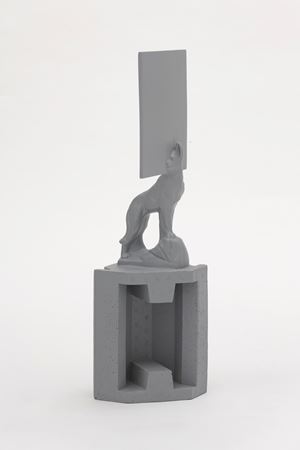 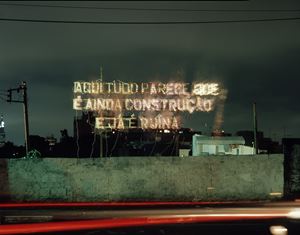 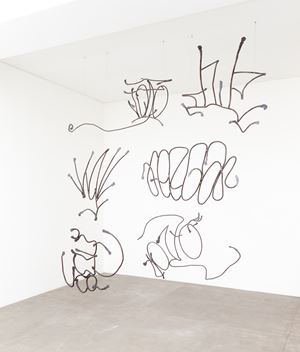 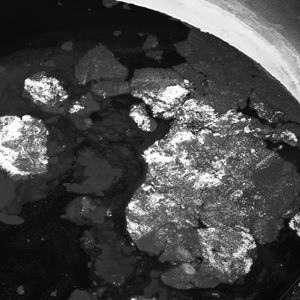 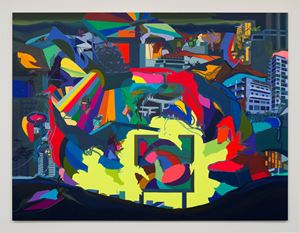 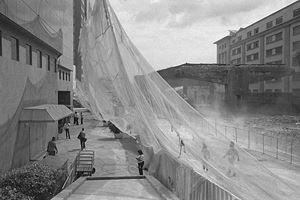 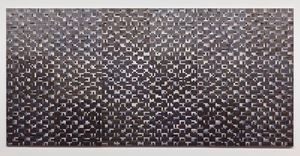 Carpintaria is pleased to present the summer group show Cities in Dust. The title is borrowed from British band Siouxsie and the Banshees' song released in 1985. The exhibit is comprised of photos, paintings and sculptures by 15 of the artists represented by Fortes D'Aloia & Gabriel, which share a particular focus on urban morphology and its contemporary phenomena.

While the song describes the destruction of the city of Pompeii by Vesuvius, caused by natural phenomena in 79 B.C., our era is typified by human presence as the main enabler of disasters. Scholars like Eduardo Viveiros de Castro have named such period as Anthropocene. A few millennia earlier, in Brazilian territory, animals such as giant sloths dug paleoburrows, tunnels used as underground shelter; Barrão's resin sculpture, entitled Paleotoca which borrows its title from the latter, is made with molds cutout from cardboard, wood and what seems to be a toolbox - temporary shelters for ordinary utensils. Carlos Bevilacqua brings us back to the present day. The constant tension between past and future works as a common thread in Paletas e Fantasmas [Palettes and Ghosts] - objects get new meanings that differ from their common usage, highlighting the fragility of architectural balance.

Iran do Espírito Santo, who's been turning ordinary industrial objects into contemplative totems for over 20 years now, joins in with Quatro Lâmpadas [Four Light Bulbs]. The relationship stands between the apparent triviality of these objects with their common usage and the utopic enlarged visual approach the artist adds to his practice. Ordinary objects are also used as building materials in Rivane Neuenschwander's series of abstract photos Oil Spills, made in 2012 from satellite images. The piece directly refers to the recent incident in Brazil's northeast coast. Luiz Zerbini's Tríptico [Triptych] integrates grids inspired by Copan building windows in São Paulo that remind us of times when modernist Oscar Niemeyer would stand for the utopia of an optimistic future that has never come into being. French anthropologist Lévi-Strauss summarized this rapid decay in a well-known sentence that was incorporated by Caetano Veloso in his song Fora da Ordem and later appropriated by Cerith Wyn Evans: Aqui tudo parece que é ainda construção e já é ruína [Here Everything Seems Still Under Construction and Is Already a Ruin]. The consolidation of the failure of the Brazilian modernist project is illustrated in Perimetral, by Mauro Restiffe, which documents the controversial demolition of an overpass in Rio. Restiffe's Planos de Fuga [Escape Plans] are portraits taken in downtown São Paulo, but also representative of any big metropolis: dress shirts, ties, briefcases, backpacks - continued fluctuations replayed Monday to Friday. Likewise, in the series New Ads for São Paulo, Franz Ackermann incorporates colorful façades onto the greyish megalopolis that could be mistaken for Shanghai or New York. Such contemporary influx phenomena create disastrous social and environmental consequences that are, nowadays, widely disputed.

The information and stimuli overload make us dependent on softwares that push us away from reality. Barrão's sculpture A+B illustrates such phenomenon - organicity gives way to the rigidity of machinery and screens that increasingly mediate our relationships, and the grey color used by the artist may be interpreted as the customary monochrome scheme of urban materials, such as concrete. Rodrigo Matheus' Forma [Shape] and Leda Catunda's Copa use literality as a tool to highlight communication flaws on cities' street furniture. Epitácio Pessoa, by Damián Ortega, brings three-dimensionality to the graffiti spotted by the artist in the namesake avenue - in the graffiti scene tags vindicate individuality and presence within public space.

As for Bárbara Wagner, she documents the production of funk ostentação music videos in São Paulo, blurring the lines between fantasy and reality in her series Masters of Ceremony: could it be a metaphor for nowadays?

31 new artworks and 2 new exhibitions have recently been added by Fortes D'Aloia & Gabriel.
Sign up now to be among the first to know when new content is added.
Sign UpLogin