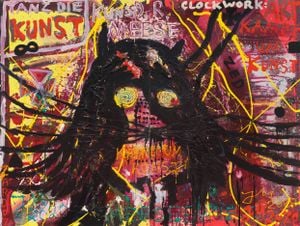 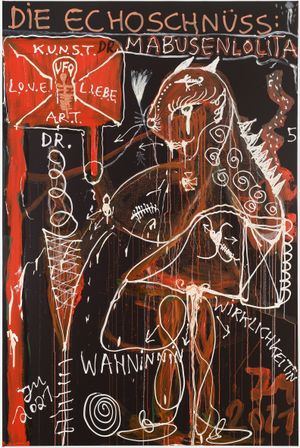 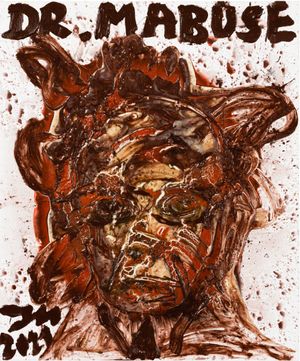 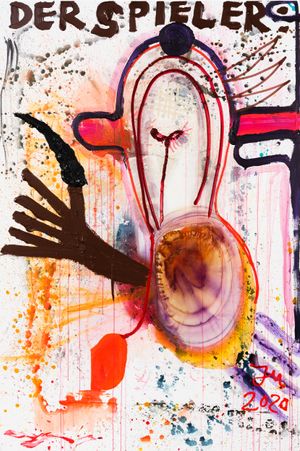 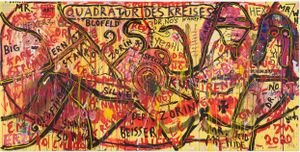 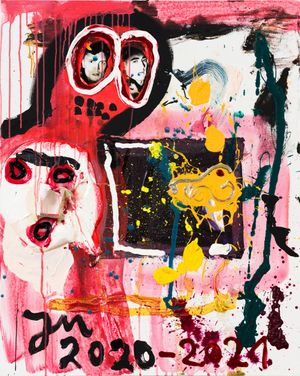 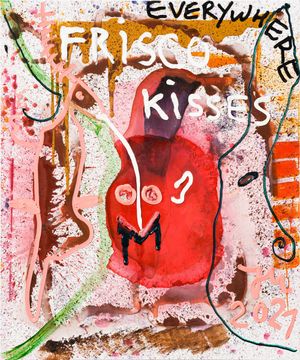 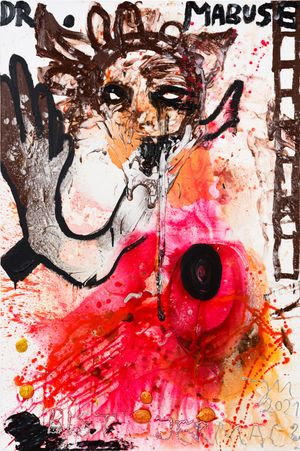 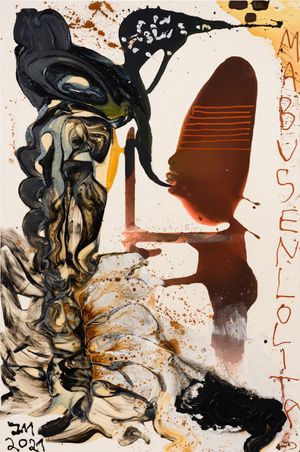 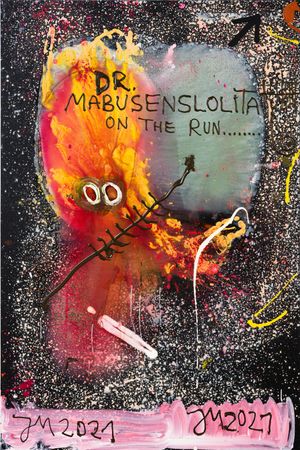 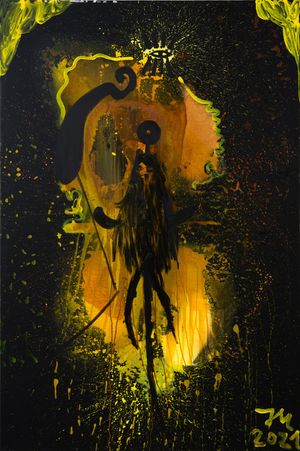 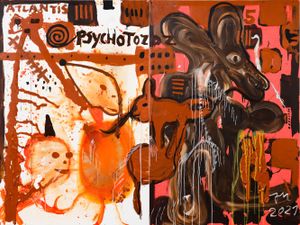 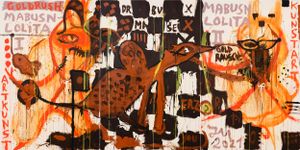 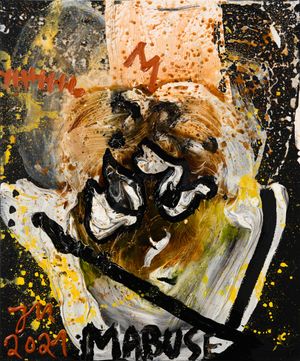 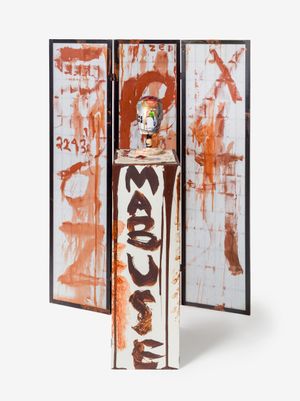 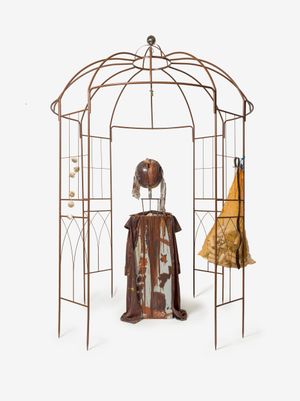 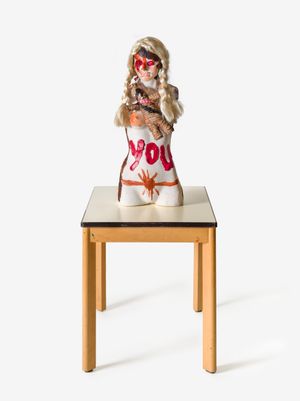 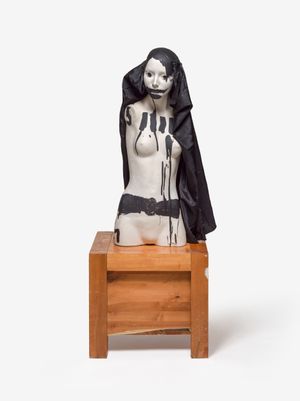 In his 7th solo exhibition at Galerie Krinzinger, Jonathan Meese is following the traits of Lolita and Dr. Mabuse, two fictional characters who stand for the establishment of their own systems of power. In his latest series of paintings, drawings and sculptures the artist is getting to the bottom of these characters.

While Lolita has been a present figure in Meese's works for a long time, the figure of Dr. Mabuse from the famous silent film classic of the 1920s by Fritz Lang is new in the artist's visual world. Mabuse is a psychoanalyst and criminal who paves his way to power with his ability to transform, hypnosis and manipulate. In its genius and madness, it fits seamlessly into the gallery of villains who have always fascinated Meese. Many of his movie heroes, like the bad guys in James Bond like Dr. No, Goldfinger, Scaramanga, Ernst Blofeld, Mr. Big, Zorin are in the succession of Dr. Mabuse and form a network of antiheroes that Meese has processed in a triptych for the exhibition. For Meese, Dr. Mabuse of the 'Dr. Hypnotoz ', the magician who conjures up 'reality like Merlin or Klingsor. In the abstract portraits of the film icon, thick layers of paint depict the figure's many masks and, here too, raise the question of the face of evil and how one can actually recognise it. A clear or psychological reading is neither the goal nor the interest. The question is rather, what can painting set against the image of film, where does it have better means of telling a story? Or how does history change in painting?

Leadership and seduction are the two big themes of Langs Mabuse films, which not only depict images of their time, but also shine in their visionary power into our time. In these themes, Mabuse and Lolita touch each other and become 'Mabusenlolita'. In his wild production for the Volkstheater Vienna KAMPF-L.O.L.I.T.A.(EVOLUTION IS CHEF) or L.O.L.I.T.A. D.Z.I.O. (ZARDOZ FLIES AGAIN!) Meese introduces a strong warrior of art. In his work it stands for the 'struggle for art', that is, the evolutionary force that brings everything forward and replaces the traditional with the future. In this portrayal of Lolitia, one senses a closeness to interpretations of the figure that only prevailed in the 1980s. Lolita rebels with the weapons at her disposal as a teenager, especially bad manners and youthful clichés, against the Humbert Humbert system in order to save her own reality and her integrity. Lolita is also used in the artist's drawings and paintings. Doll-like sculptures by Lolita and Dr. Mabuse are functioning as if on stage within the ex finally go to the exhibition as if on a stage and play a new game of art there–together for the first time.

Sign up to be among the first to know when new exhibitions by Jonathan Meese or at Galerie Krinzinger open.